You are using an outdated browser. Please upgrade your browser to improve your experience.
iWallet
by Brent Dirks
January 22, 2016

Here’s the complete list. As you can tell, it’s mostly smaller regional banks and credit unions.

Along with the United States, Apple Pay is available to users in the United Kingdom, Canada, and Australia. Currently, in Canada and Australia only American Express cards can be used.

Back in late December, Apple announced a partnership with China UnionPay to bring Apple Pay to the country sometime early this year. Making the move into the extremely important China market should definitely help to grow the system.

At least in the United States, getting financial institutions to support the mobile payment system hasn’t been an issue. The big sticking point has been getting retailers to jump on board. But the situation looks to be improving this year. Starbucks and other food establishments like KFC and Chili’s will support Apple Pay sometime in 2016. Cinnabon and Domino’s will also support the service soon.

For other news today, see: Hermès Apple Watch is now available to purchase online, Survive Winter Storm Jonas with these weather apps, and Netflix cracks down on proxy users, but how effectively? 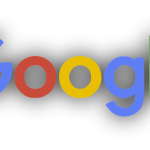 Apple was paid $1 billion in 2014 for making Google the default search engine on iOS
Nothing found :(
Try something else