You are using an outdated browser. Please upgrade your browser to improve your experience.
Digital Communicator
by Brent Dirks
January 5, 2016

Twitter’s 140-character limit for tweets could soon be a thing of the past. According to a new report from Re/Code, Twitter is planning to substantially increase the character limit by the end of the first quarter.

The company is considering allowing users to tweet messages of up to 10,000 characters. That’s not particularly surprising as direct messages were increased to that same amount back in 2015.

While the character limit will be increased, the report said that Twitter is hoping to keep the same look and feel of the service:

Twitter is currently testing a version of the product in which tweets appear the same way they do now, displaying just 140 characters, with some kind of call to action that there is more content you can’t see. Clicking on the tweets would then expand them to reveal more content. The point of this is to keep the same look and feel for your timeline, although this design is not necessarily final, sources say.

The design aspect is key. Making Tweets bigger by adding more content or bigger pictures has diminished user engagement in the past, according to one source. That makes sense. If tweets take a long time to consume or take up more space on your screen, it’s likely that you’ll view (and engage with) fewer of them. So Twitter is trying to add more content without disrupting the way you currently scroll through your timeline.

Another possible issue seems to be spam. But Twitter seems to be planning some type of cap on how many users could be mentioned in a longer tweet.

Dropping the 140-character limit for tweets has been on the table since at least September after Jack Dorsey retook the reins as Twitter CEO.

Increasing the character limit would require Twitter to make some major changes to its official iOS app. It would also affect a number of powerful third-party Twitter clients like Tweetbot and Twitterrific.

For other news today, see: T-Mobile’s Binge On has been throttling everything, according to EFF, Apple announces its earnings call for first quarter FY 2016, and How to hide stock iPhone app icons in iOS 9, jailbreak-free. 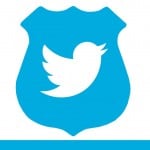 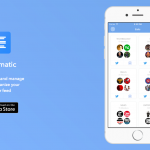 Quickly and easily create and manage Twitter lists with Listomatic
Nothing found :(
Try something else