You are using an outdated browser. Please upgrade your browser to improve your experience.
Apple Water Cooler
by Brent Dirks
February 9, 2016

Piper Jaffray’s Gene Munster is at it again. In a new note, obtained by Fortune, the infamous analyst has a unique take on the future of Apple.

Late last month news broke that Apple has been secretly assembling a large team tasked with exploring VR devices similar to the Oculus Rift and Microsoft Hololens. And Munster believes virtual reality will also become a major technology for Apple:

“As a starting point, we expect in the next two years Apple will add VR to the MFi Program (Made for iPhone), which should make it easier for third parties to build virtual reality headsets powered by the iPhone, much like Samsung’s Gear VR today. In the next 5-10 years, we expect Apple to release a mixed reality headset with the long term goal (15+ years) of replacing the iPhone.”

Instead of an iPhone, future generations – according to Munster – will use eyeglasses that overlay holograms on top of the real world.

“We believe 10 years from now Generation Z will find reality inefficient,” Munster says. “Generation Z will see the benefits of mixed reality headsets that augment the world with real-time information as they need it and in their field of view, without needing to look at one piece of information at a time on a smartphone.”

During Apple’s most recent quarterly earnings call, CEO Tim Cook said that he thought VR technology isn’t a niche and “it’s really cool, and has some interesting applications.”

But Munster’s take on Apple’s future is interesting, to say the least. He notably championed for many years that a standalone Apple TV set was in the pipeline and will arrive “the next year.” That obviously never happened.

Just last week, Munster also said he doesn’t believe an “iPhone 5se” will be unveiled at next month’s rumored special media event. That runs against the prevailing wisdom about the new handset, which may already be in production.

For other news today, see: You can now have a Belkin iPhone screen protector installed at any Apple Store, Sort posts and use 3D Touch with the updated Vine app, and Square Enix launches its anticipated Final Fantasy IX on the App Store. 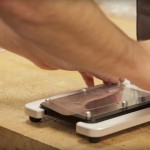 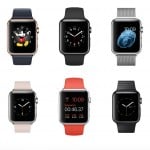 Apple is looking to expand the number of clock faces in future versions of WatchOS
Nothing found :(
Try something else