You are using an outdated browser. Please upgrade your browser to improve your experience.
iDevices
by Brent Dirks
February 2, 2016

The rumored “iPhone 5se” is widely expected to be unveiled at a special media event in mid-March. But don’t tell that to Piper Jaffray analyst Gene Munster.

In a note obtained by AppleInsider, the analyst thinks that introducing a new iPhone model in March does’t make sense:

Were Apple to launch a phone in the spring, it would quickly look outdated following the iPhone 7’s expected September launch, Munster wrote in an investor memo obtained by AppleInsider. He also remarked that having two iPhone events per year would detract from the releases of other products.

That runs against the prevailing wisdom about the new handset, which may already be in production. According to other reports, the new iPhone will apparently offer support for Apple Pay and Live Photos and sport the same A9 and M9 chips found in the iPhone 6s and iPhone 6s Plus. That means users will be able to activate the always-on Siri.

Along with that interesting prediction, Munster also has a different idea about the future of the Apple Watch:

The analyst suggested that Apple will instead concentrate on a second-generation Apple Watch and a third-generation iPad Air for its March event. The former will probably be an “S” version, he said, with a similar design but upgraded components like a better battery and new band styles.

Sorry, Gene. Instead of any new hardware, Apple will likely just introduce new band options for the wearable device.

While there’s a chance Munster could be right, he’s not exactly known to be spot-on with his predictions. He notably championed for many years that a standalone Apple TV set was in the pipeline. That obviously never happened.

At the event, tentatively scheduled for Tuesday, March 14, Apple will likely unveil the “iPad Air 3″ as well. The tablet could feature four speakers, a Smart Connector, and a rear-facing LED camera flash.

For other news today, see: Apple may already be testing dual cameras for the ‘iPhone 7,’ Stations on SoundCloud provide a constant stream of tunes, and Apple Watch owner wins court case over cracked screen. 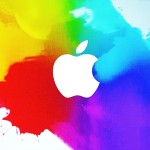