With the next-generation iPhone set to apparently not offer the ubiquitous 3.5mm headphone jack, users will be required to use Lightning or Bluetooth options.

According to a new note from Barclays analysts Blayne Curtis and Christopher Hemmelgarn, Apple should offer some type of Lightning headphones with the handset. In 2017, with the possible “iPhone 7s,” Apple could include some type of noise-canceling technology.

The note was first reported by MacRumors.

Apple may also be testing a completely wireless set of Bluetooth headphones to be introduced sometime this fall as a premium option. The earphones won’t even have a cord connecting the left and right buds.

More about the new iPhone

Earlier this month, a report said that the larger model of the new iPhone could offer a dual-lens camera system with some type of optical zoom. One lens could support a wide field of view while the other might feature telephoto technology. Independent images are captured from both lenses which are then combined into a single photo using special algorithms.

Recent rumors also speculate that the handset could lose the rear antenna bands and camera bulge on the iPhone 6 line.

For other news today, see: The ‘iPhone 5se’ and ‘iPad Air 3′ could hit the market on March 18, For Facebook’s Instagram, video really counts, and The iPad Pro could charge much faster if Apple would allow a USB 3 Lightning cable. 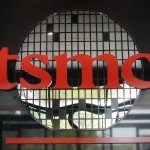 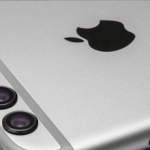 Sony says to expect dual-lens cameras to be adopted by 'major smartphone players’
Nothing found :(
Try something else