You are using an outdated browser. Please upgrade your browser to improve your experience.
iPlay Video
by Aldrin Calimlim
February 12, 2016

Scroll through your Facebook feed and you’re bound to see at least one shared video. Heck, you’re even likely to come across a video every couple of posts or so.

This just goes to show that Facebook’s efforts in bolstering its video-sharing platform have paid off. And now, the social networking giant apparently wants to also give Instagram, the popular photo-sharing app it acquired in 2012 for around $1 billion, a video-driven boost.

Just a week ago, Instagram announced that it had once again extended the maximum duration of video ads on its platform. The company originally launched video ads in 2013 with a maximum length of only 15 seconds, the same duration allowed — and still remains to be — for videos posted by regular users. But it doubled that to 30 seconds when it expanded its advertising business to more countries around the world in September. That recently got doubled to a full minute.

Now, Instagram has announced that it will start displaying view counts for videos shared on its network — as with video content on its parent company, Facebook, and perhaps its most prominent rival as far as short videos are concerned, Twitter’s Vine.

View counts will indicate how many times a video posted on Instagram has been viewed. Instagram will only register a view count, though, if the video is watched for at least three seconds. This means that the view count for a video won’t be incremented if you scrolled past through it on your feed.

As shown in the GIF below (via Fast Company), the view count takes the place of the number of likes under a video. The view count just needs to be tapped to show how many likes the video has received and whom those likes are from.

Presumably, Instagram hopes that view counts, especially high ones, will encourage users and advertisers to create more videos for its platform, eventually leading to its being more recognized as a video-sharing app as well as a photo-sharing app. To that end Instagram has also been offering the standalone video apps Hyperlapse and Boomerang.

With more than 400 million active users, Instagram is easily one of the world’s largest mobile ad platforms. And Facebook of late has been tapping it in earnest, with a recent report noting that the number of ads showing up on Instagram has increased significantly in recent months.

In the past six months, according to Instagram, the time spent by users watching videos on its network increased by more than 40 percent. Video watching is expected to be more prevalent on Instagram as the company plans on “doubling down” on video with the roll out of new features throughout this year, beginning with video view counts.

Earlier this week, Instagram officially added support for multiple accounts, allowing users to switch between different accounts without logging out and logging back in. For one thing, this enables a user to, say, switch from her account focused on photos of her pet dog to another account dedicated to her funny videos.

Starting this week, you can quickly and easily switch between multiple accounts on Instagram! Go to your profile settings to add an additional account. From there, tap your username at the top of your profile to switch between accounts. Once you have multiple accounts added, you’ll see your profile photo appear in places throughout the app so you can always tell which one you’re using at the moment. To learn more, check out help.instagram.com. Account switching will be available as part of Instagram version 7.15 for iOS and Android

Optimized for iPhone, iPod touch, and Apple Watch, Instagram is free to download from the App Store. 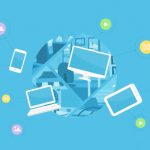 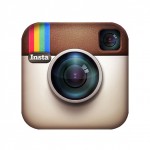 How to add multiple Instagram accounts on your iPhone
Nothing found :(
Try something else