You are using an outdated browser. Please upgrade your browser to improve your experience.
iDevices
by Brent Dirks
February 26, 2016

Apple’s new 4-inch handset, previously thought to be named “iPhone 5se,” will actually be called the “iPhone SE.” That’s according to a new report from 9to5Mac.

Based on Apple reinvigorating the 4-inch iPhone screen size at a time where the market is mostly moving toward larger smartphone screens, it would make sense for Apple to position this device as simply the “SE.” Sources say that the dropping of the “5” from the name also simplifies the iPhone lineup as bringing back an iPhone “5” variant amid the iPhone “6” lifecycle could potentially confuse customers. The iPhone SE will replace the existing iPhone 5s and will take its price points.

I’m not all that surprised by the apparent name change. Removing the “5” should help to better position the handset in comparison to the current iPhone 6s and 6s Plus.

What else to expect

Apple is also expected to introduce other new products at the special media event, reportedly scheduled for Tuesday, March 15 – or possibly sometime the next week.

The other major new product is a version of the iPad Pro with a 9.7-inch screen. It was previously thought to be named the “iPad Air 3.” Other reports say the tablet will feature four speakers, support the Apple Pencil, and also sport the Smart Connector for keyboard accessories.

We should also get a look at a number of new band options for the Apple Watch. 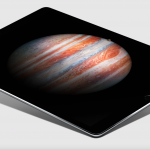 Apple CEO Tim Cook grants TV interview in fight against FBI over iPhone hacking
Nothing found :(
Try something else