You are using an outdated browser. Please upgrade your browser to improve your experience.
tvOS App Store
by Brent Dirks
February 12, 2016

Finally landing last summer after more than three years of development, Heroki was a breath of fresh air compared to the horde of freemium games available to play on the App Store.

From Sega and developed by Picomy, the beautiful platformer literally calls gamers to the sky. Instead of running, walking, and jumping, the titular hero spends most of the game flying through beautifully designed environments.

In our original review, Christine Chan praised the smooth and console-like 60 fps graphics saying the visuals are “stunning, colorful, and filled with an incredible amount of detail.”

A feast for the eyes 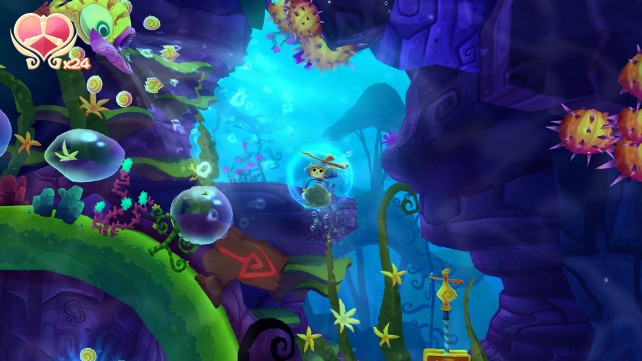 The bright and colorful game looks wonderful on the Apple TV.

The game has just received its first major update, moving up to version 1.1. And Apple TV owners should be excited to see that Heroki is now available to play on the big screen using the set-top box.

Here’s a trailer that shows off the game on the Apple TV. Click here if you can’t see it.

It shouldn’t come as much of a surprise, but the game looks beautiful on the big screen. It’s easy to play, and those incredible environments jump off the screen with bursts of color.

You can now also use any MFi controller to play the game on the big screen and iOS devices.

And iPhone and iPad gamers shouldn’t feel left out in the cold as the game has received a number of other improvements. Three more save slots have been added to help support family friendly gaming.

Along with adding more checkpoints, the controls have been improved. The game’s secrets are now also easier to find.

Finally, the gameplay has been made more accessible and the camera has been revamped for a better overall experience. 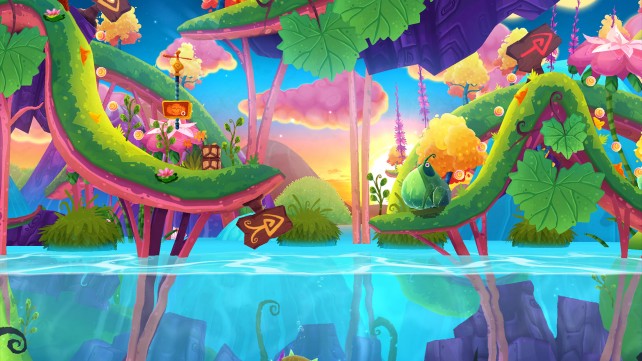 Thanks to iCloud save support, you can save progress on the Apple TV and pick up play on any iOS device.

Heroki is universal and designed for the Apple TV, iPhone/iPod touch, and all iPad models. It can be purchased now on the App Store or tvOS App Store for $4.99.

Thanks to the new iCloud sync feature, you can easily start a game on the Apple TV and pick up right where you left off using an iOS device, and vice versa.

If you’re interested in jumping into the world of gaming on the set-top box, definitely take a look at our weekly NowGaming on Apple TV column. Most recently, our own Jeff Byrnes highlighted five games that work great with any MFi controller.

For other recent Apple TV app news, see: Stream all your favorite music videos with Vevo on Apple TV, Get your racket-swinging fix with Happy Tennis for Apple TV, and Fresco’s citizen journalism app is a great addition to the Apple TV.

Heroki
SEGA
Nothing found :(
Try something else