You are using an outdated browser. Please upgrade your browser to improve your experience.
iSilly: Wacky, Fun & Random
by Aldrin Calimlim
February 12, 2016

Now, Garage has come out with another interesting app in the form of Fetch!.

One for the dogs

As its name suggests, Fetch has to do with dogs. Essentially, it’s an app that recognizes images of dogs and classifies them by breeds.

The app lets you take or load a photo of your dog or your friend’s dog. It then analyzes the image to discern what breed the dog is. If the breed is unknown, it will show a percentage of the closest matched breed, and the precentage rosette may be tapped to show the top five breeds that could be in the dog. Tapping the matched breed shows more information and images for the breed along with supplementary links provided by Bing. 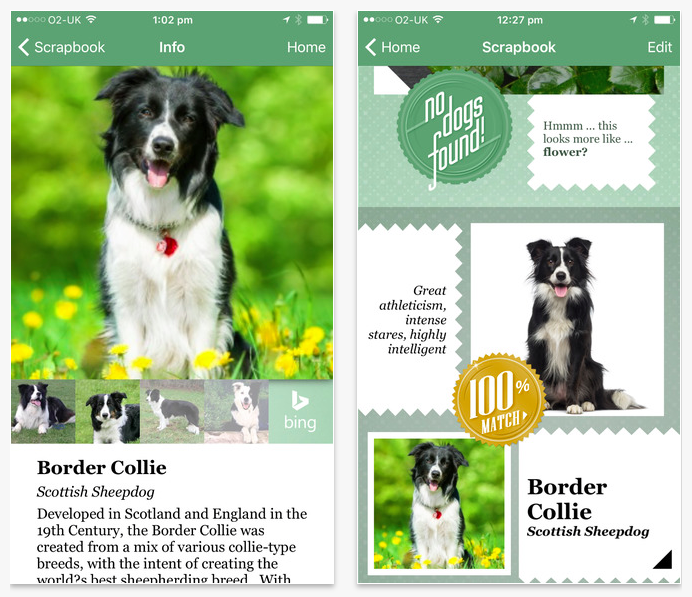 Fetch also features a scrapbook section where you can track of all your images and results, and a collection of breeds with information on disposition, size, coat, and what types of families are best suited for each.

Of course, the app lets you share your images and results so you can have Fetch fun with them among you and your friends.

“No two pictures yield the same result,” Microsoft notes. “You could resemble a Doberman Pinscher in one photo (sunglasses, no makeup) or a Pekingese (no glasses, makeup) in another.”

I tried it with one of my bespectacled selfies and told me that my canine counterpart was an Australian cattle dog, which is said to be “courageous,” “resilient,” and “strong-willed.” Sans spectacles, I turned out to be a Rottweiler, which “loves its family” and is “protective, big-boned and well-muscled.” 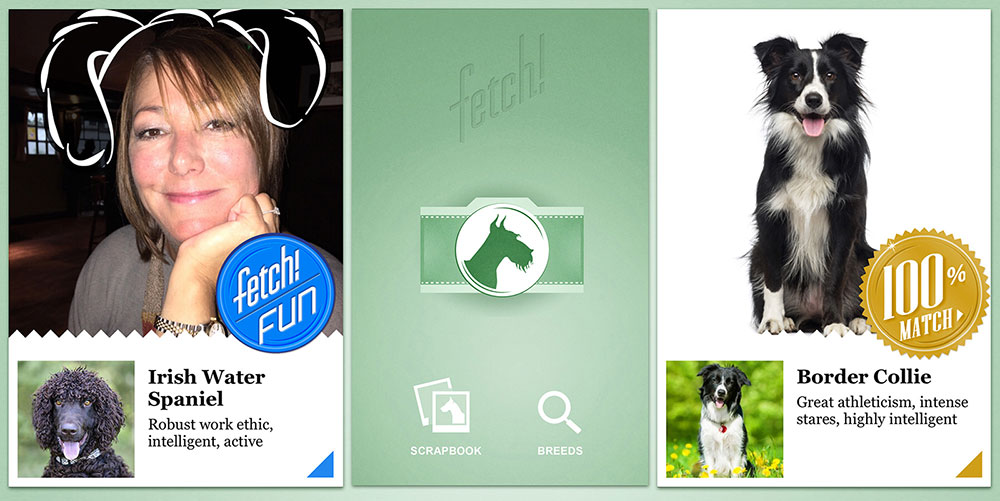 But what if you take or load a photo of a non-human or non-dog living thing or an inanimate object? Well, Fetch is smart enough to know that the photo is of neither a dog nor a human.

Fetch can do this thanks to image identification intelligence powered by Microsoft’s Project Oxford, which is also behind HowOld.net, TwinsOrNot.net, MyMoustache.net, and Mimicker Alarm.

Optimized for iPhone and iPod touch running iOS 8.3 or later, Fetch! is available now on the App Store for free.

Fetch is released just in time for the American Kennel Club’s Meet & Compete happening tomorrow, Feb. 13, and the Westminster Kennel Club Dog Show taking place on Monday, Feb. 15, and Tuesday, Feb. 16, in New York City. I imagine using the app in those events will prove quite fun. Woof! 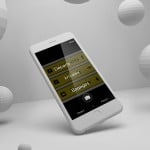