You are using an outdated browser. Please upgrade your browser to improve your experience.
Pocket Gaming
by Aldrin Calimlim
February 3, 2016

Nearly a couple of months after its release, Magic: The Gathering – Puzzle Quest (MtGPQ) has received its first major update.

Following the franchise crossovers Marvel Puzzle Quest and Adventure Time Puzzle Quest, MtGPQ is a game that combines the lore-rich strategy of Wizards of the Coast’s Magic: The Gathering (MtG) trading card game and the match-three RPG action of D3 Go’s Puzzle Quest. As such, it challenges players to make matches to cast spells between rival Planeswalkers and monsters.

In our original review, we hailed MtGPQ as “a new and innovative way to play your favorite strategy-based trading card game.” “If you love the original match-three RPG action of Puzzle Quest but wish that it took place in the MtG Multiverse,” we noted, “then this is one game that is worthy of a spot in your collection.”

In the updated MtGPQ, there’s a new Quick Battle mode where you can fight decks created by other players (but played by the AI). In this mode, you don’t lose points when you get defeated. However, the points that you earn from winning will entitle you to rewards at the end of the event. 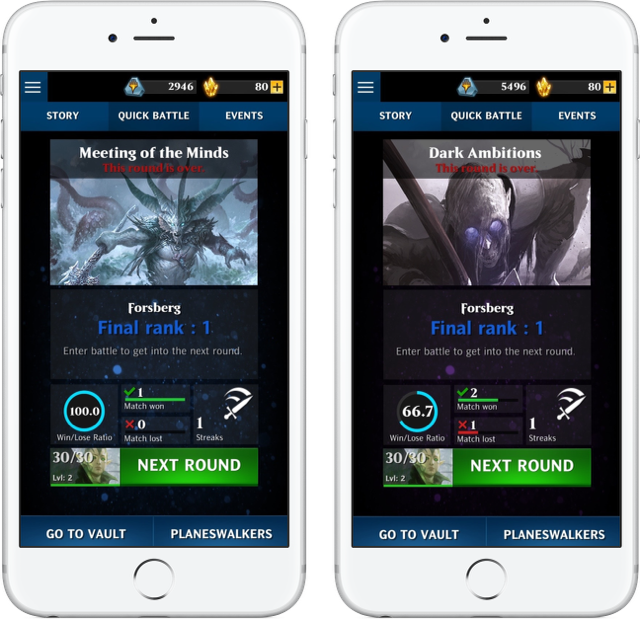 You need to win at least one fight during the period to earn rewards, but the best rewards go to the players at the top of the leaderboard.

The new version of MtGPQ also introduces 25 new Heroic encounters, each of which comes with three objectives. Each Planeswalker is featured in five encounters and with a special tailored deck.

Unlocked upon completion of Gideon’s Heroic encounter, these new encounters are designed to test your deck-building and strategy-forming capabilities. 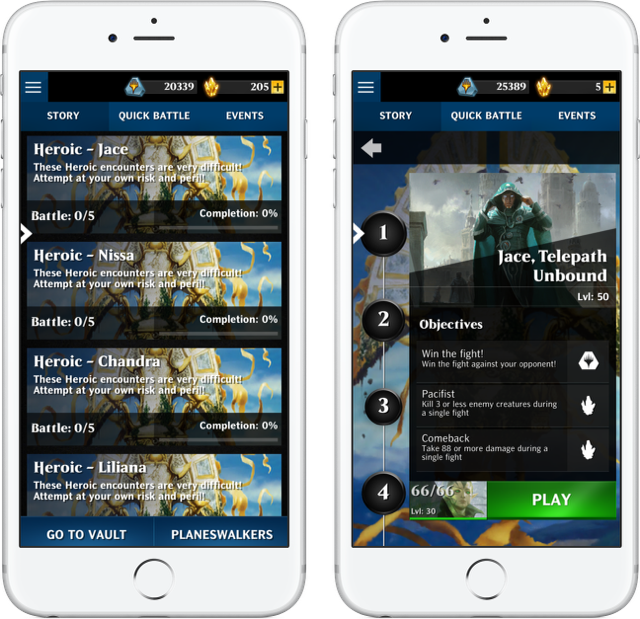 “These encounters do not follow traditional rules — they have a static starting hand, and some even begin with cards already on the board!” D3 Go notes. “They also reward much more Mana Runes than most encounters, so beating them should help you level up your Planeswalkers more.”

The latest update to MtGPQ also revamps Daily Rewards to enable every player to earn an Extra Reward within a month. The following tweaks have been applied to the system: 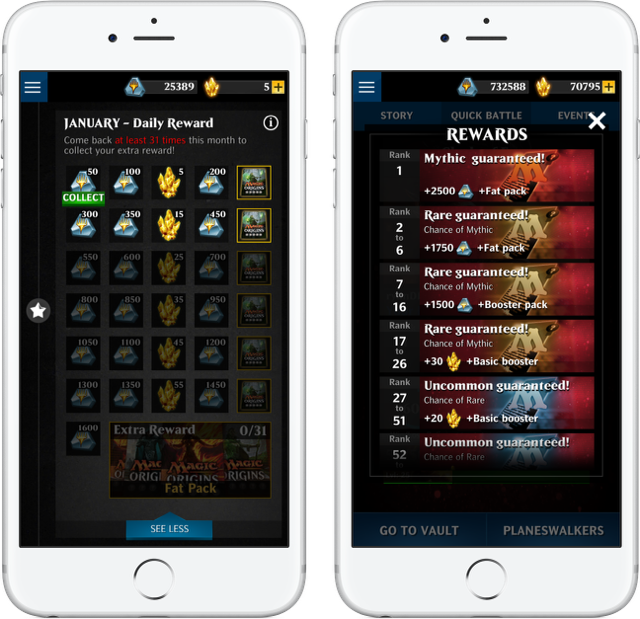 The latest update to MtGPQ also includes bug fixes, improvements to the inventory system, and balancing tweaks for Gideon, Chandra and more than 20 cards.

Compatible with iPhone, iPod touch, and iPad running iOS 8.0 or later, Magic: The Gathering – Puzzle Quest is available on the App Store as a free-to-play title. 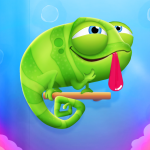 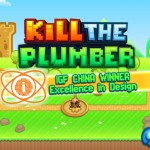 Kill the Plumber in this Super Mario parody anti-platformer
Nothing found :(
Try something else