You are using an outdated browser. Please upgrade your browser to improve your experience.
Digital Communicator
by Aldrin Calimlim
February 19, 2016

In addition to rolling out support for Skype group video calling on mobile, Microsoft has just added support for image-based translation in Microsoft Translator for iOS.

Now, you can use Microsoft Translator to translate text in images, instead of typing the text or speaking aloud — ideal for translating signs, menus, flyers, books, and images from emails and the Web.

Just tap the new camera icon in the app’s home screen to initiate image translation. You’ll then be taken to the app’s camera screen. You can point the camera to take a picture of the text you want to translate or load an already existing picture from your device’s photo library. Microsoft Translator will then provide the translation in an overlay above the existing text in the picture.

Note that unlike Google Translate, Microsoft doesn’t (yet) support instant image translation where the translation is already shown in an overlay above the text as soon as the camera is pointed at it.

Image translation comes in addition to Microsoft Translator’s typed-text and voice translation features, which the app has been supporting since its launch on iOS in August.

Microsoft Translator also boasts support for translating in-person conversations. Powered by the same translation engine behind Skype Translator, this feature enables you to conduct conversations across languages with another person using just your iOS device or with your Apple Watch.

Microsoft Translator is available on the App Store for free. It’s optimized for iPhone and iPod touch running iOS 8.0 or later and for Apple Watch. 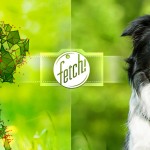 Fetch! Microsoft's new app lets you know what dog breed you are
Nothing found :(
Try something else