You are using an outdated browser. Please upgrade your browser to improve your experience.
Sports Center
by Brent Dirks
February 29, 2016

After a long winter, Spring Training has finally begun for Major League Baseball. And to celebrate, the popular MLB.com at Bat app has just received a nice update with a number of new features.

Perfect for the iPad

Any iPad user should definitely be glad to download version 9.0.0. On the tablet, the app is now available to view in both portrait and landscape mode. 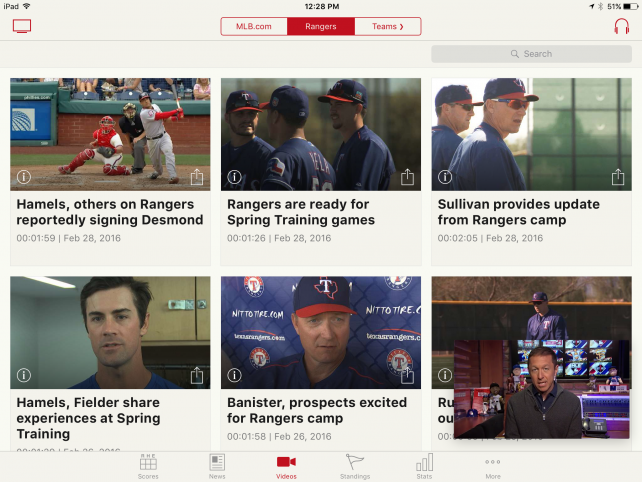 The Picture in Picture feature is another nice feature for iPad users.

The app also takes advantage of the multitasking gestures for the iPad in iOS 9. With the Picture in Picture feature, you can watch live games and stream highlights while doing other work on your tablet. It is now also compatible with the Split View feature as well.

On all iOS devices, a number of sections have been redesigned including Gameday, News Reader, Video, Sortable Stats, and more.

MLB.com at Bat is a universal app designed for the iPhone/iPod touch, all iPad models, and the Apple TV. It can be downloaded now on the App Store for free.

With an in-app purchase of $2.99 per month or $19.99 per year, users can unlock a premium subscription that includes the ability to listen to live home/away game day audio, follow game day pitch-by-pitch with Pitch-FX, watch classic games, and the MLB.TV Game of the Day.

All premium features are also unlocked if you’re an MLB.TV subscriber. That costs $109.99 per season or $24.99 monthly and gives viewers access to all out-of-market TV broadcasts during the season. Games can be viewed on your iOS device or the Apple TV.

Apple Watch users can also take advantage of the app on the wearable device. Here’s an interactive preview from our sister site WatchAware.

For other app news today, see: Simply swipe to start rocking with ARIIA, Set it and forget it with Delayd for messages and posts, and On Leap Day, celebrate with these 29 awesome apps and games. 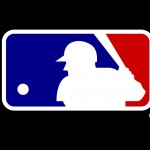 MLB.com At Bat updated with support for Apple CarPlay and more
Nothing found :(
Try something else