You are using an outdated browser. Please upgrade your browser to improve your experience.
Connected Theater
by Brent Dirks
February 23, 2016

PBS announced today that it will launch a new 24/7 television channel featuring children’s programming. Along with airing on conventional TV, PBS Kids will be available through a number of other platforms, including iOS devices and the Apple TV.

Around three months after launch, the free live stream will be expanded to offer an interesting integrated gaming feature. It will allow kids to switch between the video and an activity that extends the educational concepts. The games will align with the goals of each separate series.

“Parents know that PBS KIDS makes a difference in their children’s lives, which is why so many have said they would value having access to our content throughout the day. Television continues to be the most widely used platform for children’s educational content, especially among low-income families,” said PBS President and CEO Paula Kerger. “The new PBS KIDS 24/7 channel and live stream offered by local member stations ensure that educational media is available to all families, all the time and via a platform that works for them. Given that 54% of all children nationwide do not have the opportunity to attend preschool, providing access is a critical element of our public service mission.”

Anyone with an iPhone, iPad, or apple TV will be able to access the service through the PBS Kids Video app. Currently, users can view a number of complete episodes and other educational videos from children’s series. 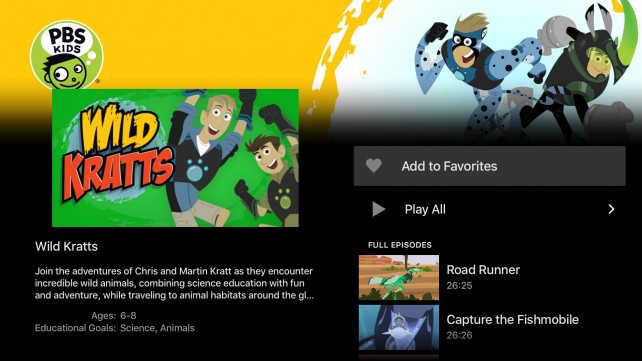 Using the current PBS Kids app, you can view a number of full TV episodes.

Mac or PC users will be able to access the multi-platform service directly from pbskids.org. It will also be available on Roku, Amazon Fire TV, Xbox One, Chromecast, and Android TV.

The channel will offer a number of popular series like “Daniel Tiger’s Neighborhood,” “Odd Squad,” “Wild Kratts,” and “Dinosaur Train.”

For other recent news, see: The official YouTube updated to fully support the larger iPad Pro, Scrubbing through video on Apple TV will change for the better with tvOS 9.2, and Lifecard might be the smallest portable iPhone charger yet. 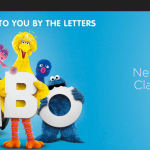 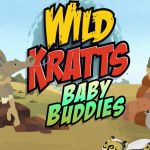 Babysit and learn in Wild Kratts Baby Buddies from PBS Kids
Nothing found :(
Try something else