You are using an outdated browser. Please upgrade your browser to improve your experience.
Music
by Aldrin Calimlim
February 15, 2016

Tidal has just experienced a tidal wave of attention so great that its official iOS app has risen to the No. 1 spot on the App Store’s top free apps chart at least in the U.S.

And the reason behind this unexpected development for the largely neglected music streaming service? The Lord Yeezus himself, Kanye West. Specifically, the megalomaniac musician’s latest album, “The Life of Pablo.”

Exclusive to Tidal, for now

As noted by TechCrunch, “The Life of Pablo,” which was released yesterday, was originally set to be initially available for streaming on Tidal, of which West is a co-owner, as well as for purchase on West’s official website. But soon after the album’s release, West decided to make it exclusively available on Tidal.

He then tweeted a plea for “all music lovers” to subscribe to Tidal if they want to listen to “The Life of Pablo” and don’t want to wait until the album becomes available on iTunes and other platforms and distributors as early as next week.

And, lo and behold, West’s request certainly didn’t fall on deaf ears as many, if not all, “music lovers” downloaded the official iOS app of Tidal in hopes of treating their ears to the exclusive streaming of “The Life of Pablo.”

Apparently, the number of users who have downloaded Tidal for iOS has been large enough to make it the top free app on the App Store. It’s unlikely, though, that many of these users will opt to actually subscribe to the service when the time to decide comes.

Man thank you so so so much everyone for signing up to Tidal. Tidal is now the number one app in the world!!! pic.twitter.com/O3r9DkX03R

To listen to “The Life of Pablo” on Tidal, you need to be already a member of or sign up to the streaming service. Signing up to the service lets you enjoy it through a 30-day free trial, after which you need to have a subscription. A subscription costs $9.99 per month for the standard premium tier, or $19.99 per month for the lossless high-fidelity tier.

But even as it’s associated with such big names in the music industry, Tidal has failed to really shine in the highly competitive music streaming business dominated by Spotify and Apple Music.

Compatible with iPhone, iPod touch, and iPad running iOS 8.1 or later, Tidal is available on the App Store for free, with in-app purchases for monthly subscriptions. 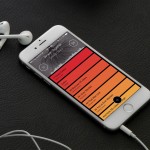 Spin your favorite songs with ease and style in Serato Pyro 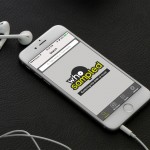 Here's how you can find out WhoSampled your favorite music on Spotify
Nothing found :(
Try something else