You are using an outdated browser. Please upgrade your browser to improve your experience.
Digital Communicator
by Brent Dirks
February 3, 2016

Things are definitely looking up for the once controversial app After School. According to a new report from Re/Code, app developer Ambient has recently raised $16.4 million in additional funding from a number of sources.

The app, designed for high school students to communicate anonymously, has had an interesting history.

Originally launching in late 2014, it arrived without any safety or reporting features. You can probably guess what happened next – the app was flooded with bullying remarks and other threats of violence. After the uproar, Apple banned the app for four months in early 2015.

But in May, the app returned with a major focus on safety. Each and every message must be approved by a human moderator before being posted. And when anyone types in a certain phrase or keyword like “kill myself,” they are asked to contact someone who can help.

And the team behind the app has continued to partner with anti-bullying and school security groups. Here’s more from the original report:

After School has since recruited a Safety Board to advise its founders on security and anti-bullying issues, and it added DoSomething.org as an official partner as part of Wednesday’s announcement, a volunteer organization for young people. The first partnership effort is around a campaign to get students “posting positive messages to boost the self-esteem of their peers,” according to an announcement shared with Re/code.

You can download After School on the App Store now for free. It’s designed for the iPhone/iPod touch.

With two young children at home, I’m not exactly a fan of the app’s premise, but I’m glad to see that the developers worked with Apple and have created a strong solution that does focus on safety and protection.

For other app news today, see: Avoid the nasty Grumz in this new endless stopping game, Score your foods and eat more Wholesome with this new app, and Magic: The Gathering – Puzzle Quest gets more heroic and more rewarding. 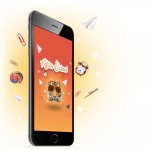 Human moderators bring After School back to the App Store 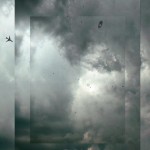 Review: Strange Rain - As Unique As Can Be
Nothing found :(
Try something else