This week has seen the release of Ninja Boy Adventures, which lets you play a Bomberman-inspired arcade game where you must plant bombs to win. As it turns out, this week has also seen the release of a fun arcade game that also has to do with bombs, but instead of planting them, what you’ll be doing in this other game is avoiding them to survive as long as you can. The game in question is called Ultimate Briefcase.

In Ultimate Briefcase, you play as a hapless white-collar worker who suddenly falls under attack from an onslaught of bombs unleashed by mysterious automated doomsday machines. Fortunately, you have your trusty briefcase to protect you — but only for so long.

Just touch either side of your iOS device to move and dodge the oncoming bombs of various types. To help you plan your moves, you can look up to see where bombs are coming from or take hints from the shadows that they cast on the ground. Some bombs drop in certain patterns, so you can also try to recognize those patterns right away and move out of harm’s way accordingly.

Not all things that drop are bad for you, though. You can collect special power-ups that get parachuted in, including one that instantly eliminates all bombs.

As you go, you collect energy to power your briefcase, which you can use to protect you for a while, and currency to go toward the leveling up of your briefcase and the unlocking of new characters, each with his or her own special abilities and items.

Ultimate Briefcase also lets you unlock new areas beyond the fiery city alley, each with its distinct gameplay quirks, and pieces of security footage that may give clues about what the heck is going on.

A first from Nitrome

Compatible with iPhone, iPod touch, and iPad, Ultimate Briefcase is available now on the App Store for free, with optional in-app purchases for removing ads and buying additional in-game currency. 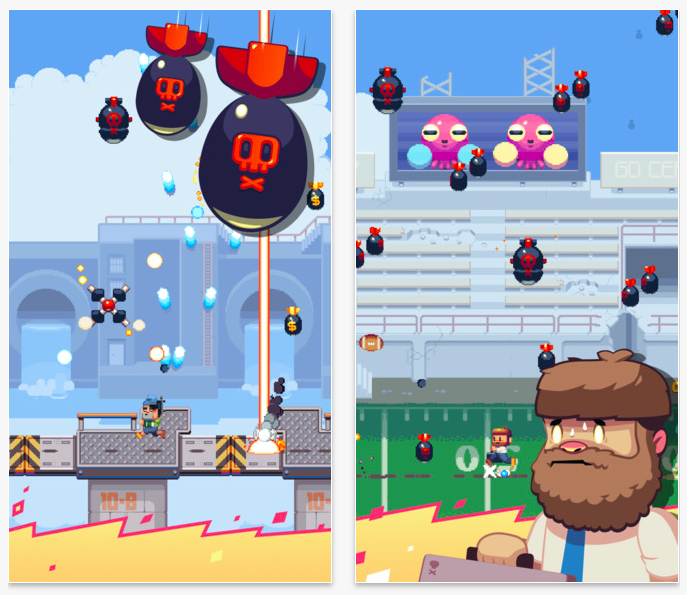 Quite Fresh is, unsurprisingly, also the developer behind Ultimate Briefcase. Interestingly, though, Ultimate Briefcase is the first title to be released under the publishing program of Nitrome, the studio behind a number of popular pixelated iOS games such as Platform Panic and Gunbrick.

“We will work with developers from early in the process to ensure that their future titles will be something we are happy to publish and that they will be profitable enough for the developer that they can continue to make more great games,” Nitrome says of its publishing program. “Nitrome-published games will remain to be pixel art-based, focused around a core query idea and funded by monetization models that fit our moral compass.”

See also: Oh man, you better Watch Yo! Back, Help Greg the Chameleon reach the popcorn in Pull My Tongue, and Cartoon Network packs a punch with OK K.O.! Lakewood Plaza Turbo. 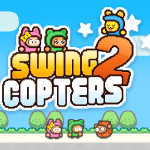 Flappy Bird creator launches sequel to Swing Copters
Nothing found :(
Try something else