You are using an outdated browser. Please upgrade your browser to improve your experience.
by Brent Dirks
January 29, 2020

Originally launching last year, the ambient sound app Portal provides a great way for you to focus, relax, mediate, or even sleep. The app uses a combination of beautiful scenes from around the world along with immersive 3D sound.

And the app has added a major new integration with the recent version 2.0 update. Anyone with Philips Hue bulbs can have their lighting system match the visuals on each portal in the app.

Especially if you have a number of Hue lights in your home, that can truly bring another level of immersion when using the app.

The update also adds four new portal options including the Cloud Forests of Costa Rica and the Barley Fields in the United Kingdom. Those join other fantastic options like the Pacific Ocean in Hawaii or a thunderstorm in the Amazon.

Another great change is the new interface featuring a motion view of Earth from the International Space Station.

With new Siri Shortcuts support, you can now also begin a specific portal with just a Siri voice command.

Before heading to bed, you can now select which portal you’d like to wake up with each morning. If using the alarm feature of the app, you no longer need to keep the screen unlocked and open.

Portal has also changed its pricing structure. The app can be downloaded now for free and is designed for the iPhone and all iPad models. Four portals are free. The other 14 can be unlocked with an in-app purchase of $3.99.

If you haven’t already check Portal out, now would definitely be the time to give it a try – especially with the four free portals available.

Adding in Hue integration makes the app even more of a value and another great way to immerse yourself in the beautiful soundscapes and visuals. Definitely make sure to wear noise canceling headphones like Apple’s AirPods Pro for the maximum effect. 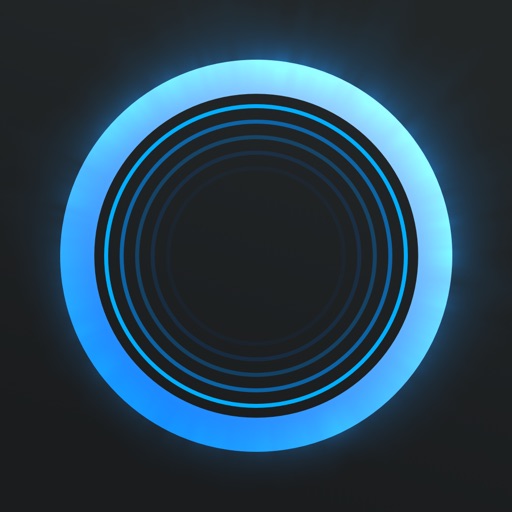 Fantastical 3 is Here as a Unified App for iPhone, iPad, Apple Watch and Mac