You are using an outdated browser. Please upgrade your browser to improve your experience.
Apple On The Street
by Brent Dirks
May 2, 2017

Apple has just announced its earnings report for the second quarter of FY 2017. The company recorded revenue of $52.9 billion and a profit of $11 billion.

Compared to the same quarter in 2016, revenue was up 5 percent.

It shouldn’t come as a big surprise, but iPhone sales once again compromised the largest portion of Apple’s revenue. Apple sold 50.8 million handsets during the quarter. That’s down slightly from the 51.1 million sold in the second quarter of FY 2016.

Once again, iPad sales continued to drop during the quarter with 8.9 million tablets sold. But some bright spots include Mac, which saw an increase of 4 percent with 4.199 million units sold during the time frame.

Both services and the “other products” section that includes the Apple Watch saw a nice increase in revenue compared to the quarter in 2016.

“We are proud to report a strong March quarter, with revenue growth accelerating from the December quarter and continued robust demand for iPhone 7 Plus,” said Tim Cook, Apple’s CEO. “We’ve seen great customer response to both models of the new iPhone 7 (PRODUCT)RED Special Edition and we’re thrilled with the strong momentum of our Services business, with our highest revenue ever for a 13-week quarter. Looking ahead, we are excited to welcome attendees from around the world to our annual Worldwide Developers Conference next month in San Jose.”

“We generated strong operating cash flow of $12.5 billion and returned over $10 billion to our investors in the March quarter,” said Luca Maestri, Apple’s CFO. “Given the strength of our business and our confidence in our future, we are happy to announce another $50 billion increase to our capital return program today.” 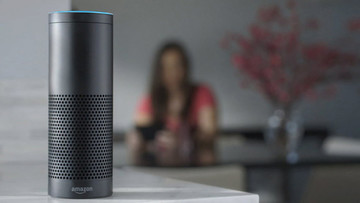 Get a Certified Refurbished Amazon Echo For Just $135