You are using an outdated browser. Please upgrade your browser to improve your experience.
iDevices
by Joe White
May 3, 2016

Apple has, according to a recent report, increased orders for chips destined for its iPhone SE handsets after demand for the four-inch device has remained higher than expected. The move will see Apple assemble some 5 million units in the current quarter, the same report added.

Interest in the handset is remaining high.

The news comes from DigiTimes (via AppleInsider), and notes that, as per industry sources, Apple has “increased orders for its low-priced iPhone SE.” The move will see Apple manufacture more iPhone SE handsets in order to meet consumer demand, which remains high for the four-inch smartphone. Back when the device was first released, the iPhone SE sold out the world over, and interest in the device is remaining high.

The outlook for Apple's chip orders for iPhone SE for the third quarter will likely be similar to that for the second quarter, said the sources.

However, at the same time, Apple is reducing orders for iPhone 6s components, “due to falling sales of the model,” the same sources added. Of course, a next-generation “iPhone 7” is expected to launch from Apple later in the year, around September; at the same time, a decelerating high-end smartphone market is also having a knock-on effect on Apple's iPhone 6s and 6s Plus. As such, Apple has been encouraged “to put increased focus on the mid-range and entry-level segments” of its smartphone business. And so far, consumers are indeed responding well to the iPhone SE.

Yet this doesn't mean Apple's profits are going to rocket.

Despite higher shipments of iPhone SE, Apple's profitability could be eroded as a result of lower product ASPs and gross margins, the sources noted.

For now, we've indeed got a few months to wait until Apple previews its next-generation iPhone handset. Though of course, we will all get a chance to take a closer look at the software which will power this new device during Apple's upcoming WWDC keynote. We'll keep you posted with further information on this front as we receive it. 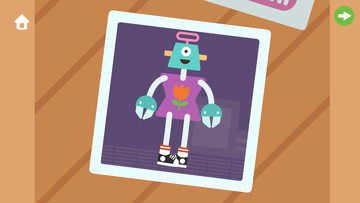