You are using an outdated browser. Please upgrade your browser to improve your experience.
Security
by Joe Wright
August 17, 2016

Apple's head of security engineering Ivan Krstic presented information on iOS security, and Apple's bug bountry program, during the annual Black Hat Conference. The full video of Krstic's talk is now available to view online, and will be of particular interest for iOS device owners looking to learn more about the security of their iPhones and iPads.

The full video indeed hit the Web recently, and appeared at the Black Hat YouTube channel (via MacRumors). Called “Behind the Scenes of iOS Security,” the video sees Krstic cover three particular areas of Apple's mobile OS: HomeKit, Auto Unlock, and iCloud Keychain. These, Kristic explains, are outlined in “unprecedented technical detail” in the video, and are presesnted alongside other iOS security measures which are available across Apple's devices.

HomeKit, Auto Unlock, and iCloud Keychain handle “exceptionally sensitive user data,” Kristic notes: “controlling devices (including locks) in the user's home, the ability to unlock a user's Mac from an Apple Watch, and the user's passwords and credit card information, respectively.” Apple not only acknowledges the sensitivity of this data, but it has bolstered its iOS security in order to strengthen measures and better protect users against attacks.

HomeKit, Auto Unlock and iCloud Keychain are three Apple technologies that handle exceptionally sensitive user data – controlling devices (including locks) in the user's home, the ability to unlock a user's Mac from an Apple Watch, and the user's passwords and credit card information, respectively. We will discuss the cryptographic design and implementation of our novel secure synchronization fabric which moves confidential data between devices without exposing it to Apple, while affording the user the ability to recover data in case of device loss.

Data Protection is the cryptographic system protecting user data on all iOS devices. We will discuss the Secure Enclave Processor present in iPhone 5S and later devices and explain how it enabled a new approach to Data Protection key derivation and brute force rate limiting within a small TCB, making no intermediate or derived keys available to the normal Application Processor.

Traditional browser-based vulnerabilities are becoming harder to exploit due to increasingly sophisticated mitigation techniques. We will discuss a unique JIT hardening mechanism in iOS 10 that makes the iOS Safari JIT a more difficult target.

The bug bountry program is also detailed in the video, too. This will see Apple hand out cash prizes to researchers who uncover vulnerabilities in Apple's mobile OS. Up to $200,000 could be awarded, depending on the nature of the exploit found. The program will be available for a limited number of researchers to begin with when it launches this September, and it, too, should see Apple more easily strengthen and fortify iOS. 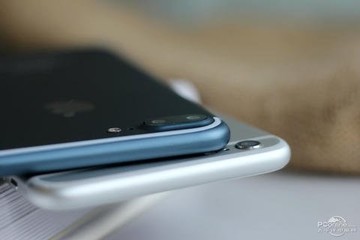 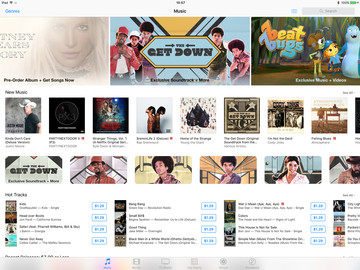 Apple Has Launched iTunes Carrier Billing in Japan, Too