You are using an outdated browser. Please upgrade your browser to improve your experience.
iDevices
by Joe White
May 11, 2016

Apple's next-generation iPhone 7 Plus handset is, according to various reports, set to debut a new dual-lens camera system that offers users a plethora of benefits. In order to power advanced on-board image processing, a new report notes that Apple is going to ship the handset with 3GB of RAM.

The news comes from Ming-Chi Kuo of KGI Securities, and it was delivered in a research note that reached us via MacRumors. Before now, we'd indeed heard that only the larger Plus-sized iPhone 7 is expected to offer users a pair of rear-facing cameras; this would serve, along with the sheer size of the device, as a further differentiating factor between the two handsets.

Kuo notes that he now believes that Apple will ship a single iPhone 7 Plus model, and that this model will offer users 3GM of RAM in order to “meet image processing requiremenets.” He writes, in his note to investors, that:

In a previous report, we said the new 5.5-inch iPhone model (referred to as iPhone 7 Plus), to be launched in 2H16, may come in two versions: one with rear single-camera and the other with rear dual-camera. However, we now believe Apple (US) will only roll out the dual-camera version in 2H16, with 3GB RAM to meet image processing requirements, and we estimate shipments of this model in 2016F of 20-30mn units.

The extra RAM will also give the larger handset a nice speed boost, too.

Fortunately, Kuo adds that he doesn't forsee any “significant supply bottlenecks” that would see the iPhone 7 Plus become available in short supply when it launches. Yet he adds that the zoom capabilities we'd previously heard about will, “because of design constrains,” be limited.

These design constrains particularly relate to the recent schematics for Apple's iPhone 7, which hit the Web earlier this week. The device is expected to look very similar to the current-generation iPhone 6s (and 6s Plus), and because of this, Kuo believes Apple will have trouble fitting a pair of cameras into the rear of the smartphone.

Of course, we'll know nothing for certain until Apple's September event, though we could receive some hints during WWDC and once Apple's iOS 10 beta software begins reaching developers. As always, we'll keep you posted with further information as we receive it. 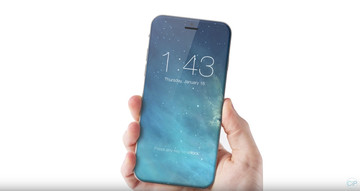 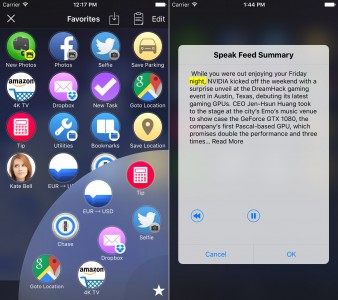 Alloy Gets Peek and Pop, Reads the News