You are using an outdated browser. Please upgrade your browser to improve your experience.
iDevices
by Abdel Ibrahim
October 18, 2016

We still don’t know if Apple plans to use Liquidmetal on a major product. Nonetheless, evidence suggests Cupertino plans on using the breakthrough material somewhere soon.

Several months ago I wrote a piece about the potential use of Liquidmetal in the next-generation iPhone, set to debut in 2017. In my article, I discussed some of the rumors.

On the latest episode of ATP (Accidental Tech Podcast) John Siracusa, Casey Liss, and Marco Arment speculate on the next material Apple might use. This comes on the back of a great piece Greg Koenig, an industrial designer and co-founder of Luma Labs, wrote on why Apple is very unlikely to use ceramic in the next-generation iPhone, mostly due to the issues with production:

More bluntly, not only is Apple not using any new ceramics manufacturing technology in the new Watch Edition, they are not even utilizing the primary patent the original Quora article pins most of it’s extrapolations on – that patent described a vacuum liquid slurry casting process for ceramics. The Edition watch uses a very common pressed powder forming method.

In short, not only does the ceramic Watch quash any hopes of a ceramic iPhone, I think it actually indicates that Apple isn’t chasing down ceramics for iPhone production any time on the horizon.

I agree with Koenig. Apple’s use of ceramic in the Watch is not indicative of the company using it on the iPhone. Apple claims it takes nine days to make one of those shiny white ceramic cases for the Apple Watch Edition. There’s simply no way to efficiently scale that up to making over 200 million iPhones a year.

That being said, I’ve been digging around and I think there’s more evidence suggesting Apple is getting close to using Liquid Metal, perhaps for the next iPhone.

First, in an interview on Business Insider in 2012, Atakan Peker, one of the inventors of Liquidmetal, believed that Apple would likely use Liquidmetal in a “breakthrough product.” He also said that Apple would likely spend between $300 and $500 million to mature the technology and that it would take roughly three to five years. Five years from 2012 is, wait for it, 2017.

Second, Neil Cybart from Above Avalon has been keeping track of Apple’s R&D spending over the past few years. Something fascinating is happening: Apple is spending a ton of money. In fact, they’re on track to spend more than $10 billion in R&D in 2016 alone, according to Cybart. Now, he believes that much of the R&D expenses have to do with Project Titan, Apple’s car efforts, but perhaps some of that money is also being invested in new materials and on new manufacturing techniques.

Third, Liquidmetal has partnered exclusively with manufacturing equipment maker Engel, which many consider the leader in injection molding. If something of quality has been injection molded, it’s probably used an Engel machine.

Now think about that for a second. Liquidmetal has an exclusive partnership with Engel to make manufacturing equipment and Engel is the leader in injection molding. On top of that, in order to get one of these Engel Liquidmetal machines, you must have a license from Liquidmetal technologies. Guess who has one? Apple. 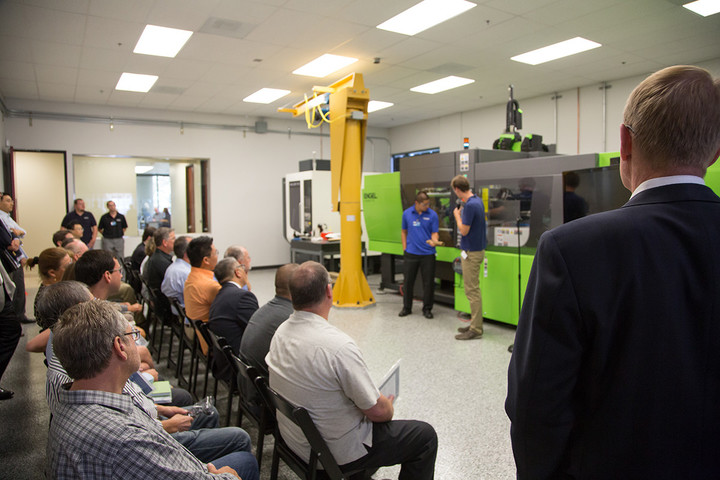 See the image above? That big green machine is the exclusive Liquidmetal machine. Koenig tells me the white one on the left is a DMG Mori Milltap 700, which Apple has been strongly rumored to be using as its primary production CNC mill. Coincidence? Maybe.

Koenig also tells me that “it makes sense that the Liquidmetal machine would have a Milltap 700 set up next to the Engel; freshly made Liquidmetal components still need minor milling operations to remove runners, drill precision holes, and tap threads.”

Engel is a private, family-run business. Finding out investor information is not easy. This may benefit a super secretive company like Apple because there is no public information on how many machines they’ve sold. A ramp up in sales might give that way.

Other small interesting tidbits include some of the comments from Ming-Chi Kuo who says that Apple plans to make a phone with a “curved glass casing.” Again, maybe Apple does plan to go back to something like Gorilla Glass. But for some reason, I think he’s mistaking glass for Liquidmetal. I say that because Liquidmetal is technically known as a “bulk metallic glass”, something I mentioned in my previous post.

Now, of course, I could be wrong and all of this information could turn out to mean nothing. But something tells me we’re on the brink of seeing a major shift in the use of materials. Apple has been investigating and patenting the use of Liquidmetal since 2008. It’s hard for me to believe that nearly a decade of this would go by without seeing it used in some major product.

For now, all we can do is wait. 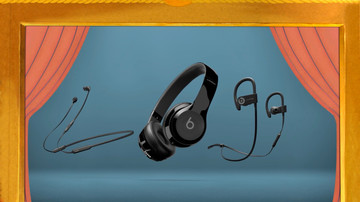