You are using an outdated browser. Please upgrade your browser to improve your experience.
Pocket Gaming
by Joe Wright
June 27, 2016

“American Dad!,” “Bob's Burgers,” “Family Guy,” “Futurama,” and “King of the Hill.” What do these popular shows have in common? Well, characters from all five are set to appear in a brand new mobile game called Animation Throwdown: The Quest for Cards. 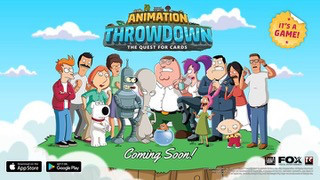 Currently scheduled for a Q3 release, the iOS (and Android) game will indeed be a must-have for fans of the aforementioned shows. In it, gamers are set to be given “the unique ability to play as their favorite characters from each series,” a recent press release explained, “as they set out to create the ultimate show-themed deck and compete against friends and other players.” It's a collectible-card mobile game, this one, and it promises fun gameplay and tons of humor.

In Animation Throwdown, Peter Griffin will duke it out with Bob Belcher, or Leela, or even Hank Hill. Fans get to select their all-star lineup in this inventive, genre-bending game.

It's definitely an intriguing release, due mainly to the show-blending nature of its character set. Though for now, at least, little concerning the actual gameplay is known; little is given away in the press release, which talks a lot about the different shows but doesn't really mention how all five are going to work together in this title.

Of course, we'll keep you posted with further information as we receive it, so be sure to check back with us. 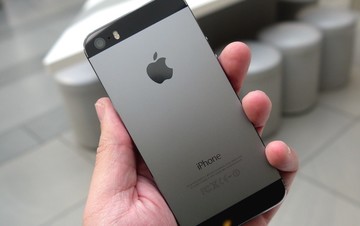 That Blue iPhone Could Actually Be Dark Space Gray