You are using an outdated browser. Please upgrade your browser to improve your experience.
Apple's Software
by Joe Wright
June 10, 2016

Did you hear that Hell's about to freeze over … again? Because according to a recent report, Apple is set to surprise us all by launching iMessage for Android at WWDC.

The information comes from MacDailyNews, and indeed claims that on Monday, during its WWDC keynote, Apple is going to announce iMessage for Android. The news comes from “a source familiar with the company's thinking,” according to the publication, and would allow users of Google's smartphone OS to send free instant messages (IMs) to other iPhones, iPads, Macs, and Apple Watches.

Apple has already brought Apple Music to Android, and as mentioned, Steve Jobs announced iTunes for Windows all those years ago (which, at the time, was one of the company's smartest but most-unexpected moves). Because of this, iMessage for Android doesn't seem so outlandish.

Other WWDC expectations include a preview of iTunes, a revamp of Apple Music, and the usual sneak peeks of iOS, OS X, watchOS, and tvOS. Before now, we've outlined our predictions and long shots; personally, I'm still hoping we see a forked version of iOS 10 for the iPad Pro.

Bringing iMessage to Android, however, is something I really can see the company doing. It feels like a natural step forward, though whether it's one Apple is going to make this year remains to be seen. 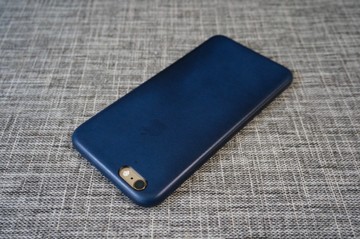 Could Apple's 'iPhone 7' Be Available in Blue, Instead of Space Gray?