You are using an outdated browser. Please upgrade your browser to improve your experience.
Music
by Brent Dirks
December 9, 2016

Apple Music subscribers can now access another exclusive piece of content. Apple’s first original documentary – “808” – can now be viewed on the streaming service.

Narrated by Beats 1 Radio’s Zane Lowe, the film highlights the Roland TR-808 drum machine and its huge influence on music.

Here’s more about the movie from Apple:

Back in 1980 Japanese electronics manufacturer Roland released one of the most important musical instruments ever, the TR-808. Although it only led a limited life, the 808 became world renowned, its signature low end bass and unique sounds redefining the musical landscape. From hip hop to acid house, trap to pop, it drove a multitude of musical genres and inspired countless musicians to create seminal records that have defined modern hip hop and electronic music. Even if you don’t already know the 808 by name, you will know its sound. It’s a timeless icon that has touched almost every genre of music imaginable with a sound that is as relevant today as it ever was. Featuring interviews with Afrika Bambaataa, Questlove, Beastie Boys, Pharrell Williams, David Guetta, Phil Collins, Richie Hawtin and many more, 808 is the inspirational story of how the 808’s ground-shaking beats changed the musical world.

If you’re not an Apple Music subscriber, the movie can be preordered from iTunes. Arriving in one week on Friday, Dec. 16, it will cost $16.99 for the high-definition version and $2 less for an SD version.

The soundtrack is available to stream from Apple Music or can be purchased from iTunes for $10.99.

Apple is using exclusive content like the film to help drive subscriber growth. Back in August, Frank Ocean unveiled his visual album “Endless” exclusively on the streaming service. And in late 2015, Taylor Swift provided the service exclusive streaming right for a stream of her 1989 World Concert Tour.

Today’s Apps Gone Free: Star Rover, At the Zoo With Grandma and Grandpa, Feelca and More 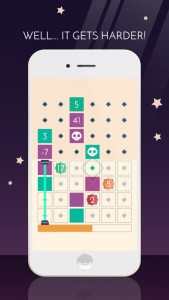 Satisfy Your Need for Balance in the Puzzling Symmetria