You are using an outdated browser. Please upgrade your browser to improve your experience.
That iThingy You're Wearing
by Joe White
April 11, 2016

It looks like Apple’s upgrade cycle for its Apple Watch is going to mirror its iPhone line, at least that’s according to one insider. As such, 2016 will be the year of Cupertino’s so-called “Apple Watch S,” before the company releases a major design overhaul in 2017.

At the minute, the first-generation Apple Watch feels underpowered.

The news comes from AppleInsider, which cites a research note published by well-connected analyst and insider Ming-Chi Kuo. In the note, Kuo indeed claims that the 2016 Apple Watch will offer “spec improvements with limited changes to form factor design,” signalling a so-called “s” upgrade in lieu of more significant hardware changes.

As such, and as AppleInsider indeed notes, anyone hoping for a thinner, more streamlined second-generation Apple Watch is out of luck. Instead, if Kuo’s prediction is correct, these customers will need to hold out for the third-generation model in 2017.

Kuo, however, did not share any further details on what he believes the improved internal components of a second-generation watch might be. But he is bearish on Apple Watch sales, predicting that only 7.5 million total units will ship in 2016, citing an “immature” market for wearable devices.

However, even small improvements to the Apple Watch’s processing capabilities would result in huge gains for users. At the minute, the first-generation Apple Watch feels underpowered, despite Apple releasing a major software release not too long after the device hit the market.

Apple recently decreased the price of its Apple Watch Sport in a bid to get more customers to purchase the wearable; other retailers have offered even better deals on the smart watch in the past, too. Despite this, most people surveyed about the Apple Watch have noted that its price is the biggest factor putting them off purchasing the wearable. The same survey, mind you, also noted that around three-fifths of owners are planning on upgrading to the second-generation Apple Watch later this year, signalling that they’re pleased with the product (or are desperate for an upgrade!).

If Kuo is right and the hardware redesign we’d hoped for isn’t coming in 2016, more customers (myself included) might stick with the first-generation model for another year. Though of course, we’ll know nothing for sure until Apple announces the news, presumably as part of its annual September event. 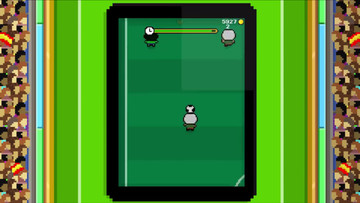 Pass down the field with a team of Headshot Heroes 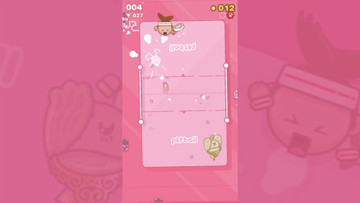 Head to the court for a smashing new sport in PKTBALL