You are using an outdated browser. Please upgrade your browser to improve your experience.
Music
by Joe Wright
August 21, 2016

As expected, Frank Ocean has released his long-awaited new album, titled “Blonde,” exclusively on Apple Music. The album is available to stream on Apple Music only for two weeks, before becoming available elsewhere for fans of the artist. 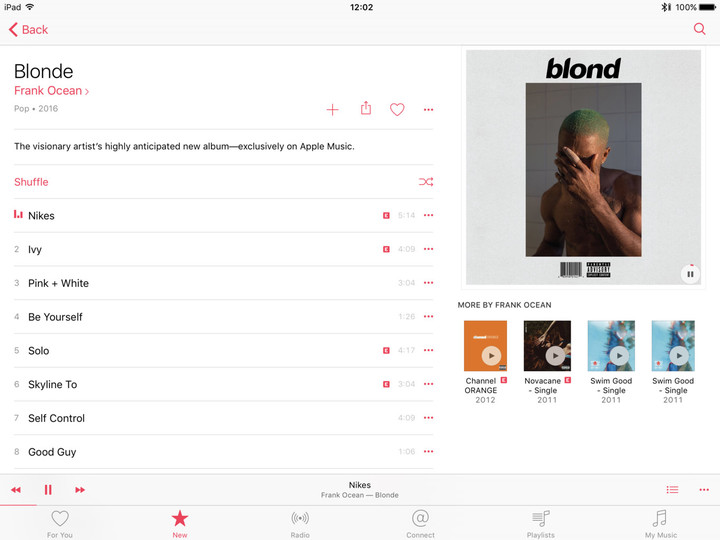 Just a couple of days ago, Ocean released a 45-minute video on Apple Music called “Endless,” and this prompted rumors and reports surrounding an imminent album release. Previously referred to as “Boys Don't Cry,” Ocean's new album, “Blonde,” appeared on Apple Music a few hours ago.

The album, as you'd expect, is being heavily promoted at the Apple Music Twitter account, @AppleMusic, and also by the team behind Beats 1 (@beats1). Shortly after the album's release, Apple announced that the full album would be streamed at Beats 1. Since the radio station is free for iOS and iTunes users to listen to, this meant that anyone with an iOS device or iTunes would be able to listen to the album free of charge.

Of course, streaming the album at Apple Music requires a subscription, or at least access to the service's free trial.

Frank Ocean's “Blonde” is the latest in a growing line of exclusive releases on Apple Music; before now, these have also come from the likes of Taylor Swift, and are in the works from the folks at Cash Money Records. The more exclusive releases, the more prospective customers Apple Music is going to be able to snag, making this an important part of the service's operations.

You can check out Frank Ocean's new album now at Apple Music. Give it a stream and see what you think. 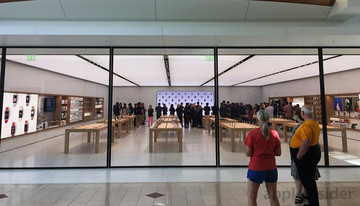