You are using an outdated browser. Please upgrade your browser to improve your experience.
Apple Water Cooler
by Aldrin Calimlim
January 9, 2017

“Every once in a while, a revolutionary product comes along that changes everything.” These words were uttered exactly a decade ago by none other than the late Steve Jobs. Obliquely, he might very well have been acknowledging one or two of Apple’s products that had helped define the company he cofounded, the tech industry as a whole, and the wider world itself — products like the Macintosh and the iPod. But on that particular day, speaking at the 2007 Macworld convention in San Francisco, he was referring to something else entirely. With those words, he was hinting at the very thing he was to unveil mere moments later: the iPhone. As it happens, those words are printed on one of the pages of the Iconic book by Jonathan Zufi.

Subtitled “A Photographic Tribute to Apple Innovation,” Iconic is a coffee-table book that contains photographs of various products developed and released by Apple through the years. If that sounds familiar, you may have just been reminded of another book, Designed by Apple in California, which the company itself published late last year. But lest you assume that Iconic is a mere copycat, note that it predates the publication of Apple’s book by three years. 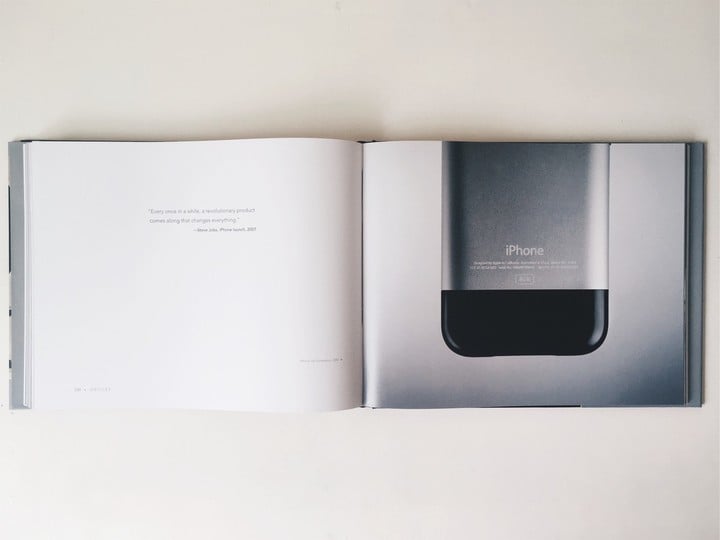 That Iconic was published back in 2013 might also give rise to the assumption that it is “less complete” than the later book. This, too, is incorrect. Designed by Apple in California highlights nearly 20 years’ worth of products released in the company’s modern history: from the very first iMac, which was introduced shortly after Jobs’ return to Apple in 1998, to the Apple Pencil, the digital stylus released for iPad Pro tablets in 2015. Iconic, to its credit, has a decidedly wider scope, going all the way back to the company’s foundation in 1976, with the Apple I, and on to the book’s publication in 2013, with the iPhone 5s. And while it’s also not a catalog of every Apple product ever made, it does highlight noteworthy items from desktops to portables, from peripherals to iDevices, and even from prototypes to packaging.

The book’s pages are peppered with quotations by a number of people, ranging from Apple execs to commentators

Another difference worth noting is in the books’ textual content. Apple’s book is all but bereft of text, with the only instances thereof being an introduction by Jonathan Ive, Apple’s design head, a supplement describing the featured products, and a simple dedication to Jobs. To be sure, Iconic is far from text-heavy, but it does include separate forewords by Jim Dalrymple, founder of The Loop, and Steve Wozniak, cofounder of Apple; a book introduction by Zufi; and section introductions by Ken Segall, author of Insanely Simple, and several other tech personalities of note. And throughout, the book’s pages are peppered with quotations by a number of people, ranging from Apple execs like Jobs, Ive, and the company’s current CEO, Tim Cook, to commentators like John Gruber of Daring Fireball and Loren Brichter of Atebits. 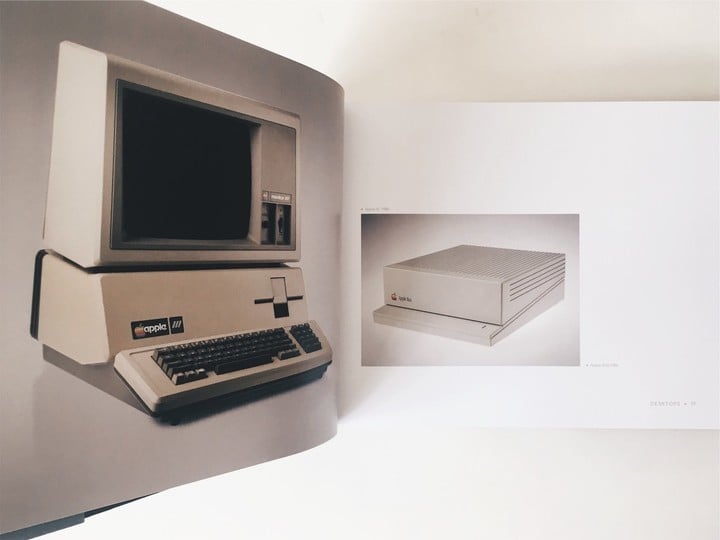 If there’s one core feature that Iconic and Designed by Apple in California have in common, it’s top-tier photography. For the 450 images in its book, Apple commissioned the renowned photographer Andrew Zuckerman. The pictures in Iconic, on the other hand, were shot and compiled over four years by Zufi himself, going beyond the pixels of his website, Shrine of Apple, to commit to print hundreds of images of different Apple items, including ones from private collections. As befits Apple’s established aesthetic style, their subjects — whether officially released products or just prototypes — are captured at varying angles and spans against stark white backgrounds. All told, the Iconic book boasts more than 650 full-color photos — including full-page images, double-page spreads, and insets — across its 350 pages. (Somewhat oddly, despite its sheer significance in Apple’s history, the iPhone gets only 10 of those pages.)

If there’s one core feature that Iconic and Apple’s book have in common, it’s top-tier photography

Of course, you cannot do a proper comparison between Iconic and Designed by Apple in California without talking about price. Apple’s book notoriously costs $199 for its small edition (10.2 by 12.8 inches) and $299 for its large edition (13 by 16.3 inches). Neither of these price points is attractive to most Apple enthusiasts, who are without deep pockets and would rather spend that much money on actual Apple products. Iconic comes in four editions, none of which exceeds the price of Apple’s large edition. Each of Iconic’s editions features the book itself, a jacketed hardback which at 10 by 12.3 inches is roughly the size of Apple’s small edition. The basic Classic edition comprises just the book and goes for as low as $40 on Amazon. At $99, The Classic Plus edition is essentially a Classic edition that ships with a Kivar black slip case. The other two editions, Ultimate and Special, sport certain unique bells and whistles; each costs $249.

To be fair, much of what makes Apple’s book expensive, aside from its big-name photographer and its being completely official, is its material composition: hardback linen covers, specially milled German paper, gilded matte silver edges, and low-ghost inks. That is not to say, though, that Iconic is a cheap alternative not only in terms of price but also in terms of quality. On the contrary, the book is printed on G-Print Smooth paper, which lends itself well to image reproduction, and is solidly built overall.

So, if you want to own an excellent coffee-table photo book that pays homage to the high standard of innovation that has led to the iPhone and other celebrated Apple products, but you’re neither willing nor able to pay a fortune for it, then Iconic is the way to go.

Iconic’s Classic Plus ($99), Ultimate ($249), and Special ($249) editions are also available through the book’s official website, with free worldwide shipping.

Iconic is included in AppAdvice’s “The Best Apple Books for the Apple Fan” gift guide. 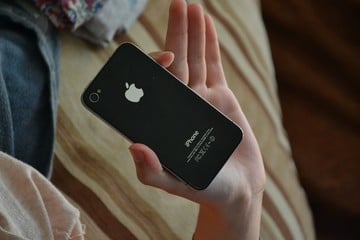 Our 5 Favorite iPhone Models Over the Years Might Surprise You