You are using an outdated browser. Please upgrade your browser to improve your experience.
iDevices
by Bryan M. Wolfe
May 16, 2017

What you need to know about iOS 11 compatibility.

On June 5, Apple’s likely to unveil “iOS 11.” Soon after, we’ll have a better idea which existing iOS devices will not work with the next-generation operating system. While we wait, past practices show that up to four iOS devices could be incompatible with iOS 11 when it arrives this fall. 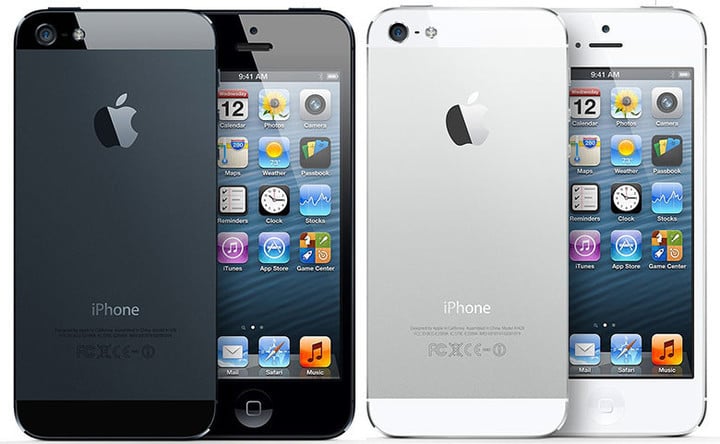 Apple’s will probably not offer iOS 11 compatibilities on two devices: the iPhone 5 and fourth-generation iPad. The first of these, first released in September 2012, was retired one year later. The second device was also announced in 2012 and retired in October 2014.

The iPhone 5c and iPhone 5s could also lose iOS compatibility this year, as well as the iPad mini 2 and iPad mini 3. However, these four retired devices are less likely to lose support than the two mentioned above because of when they were retired.

The other retired iOS devices with iOS 10 compatibility, the iPhone 6, iPhone 6 Plus, iPad Air, and iPad Air 2, should all be compatible with iOS 11, alongside the current models on the market.

Apple’s Worldwide Developers Conference (WWDC) kicks off with the company’s annual keynote address at 10 a.m. PDT on Monday, June 5. Alongside iOS 11, Apple should also use the event to introduce next generation versions of tvOS, macOS, and watchOS.

What do you hope to see at WWDC? Let us know in the comments below. 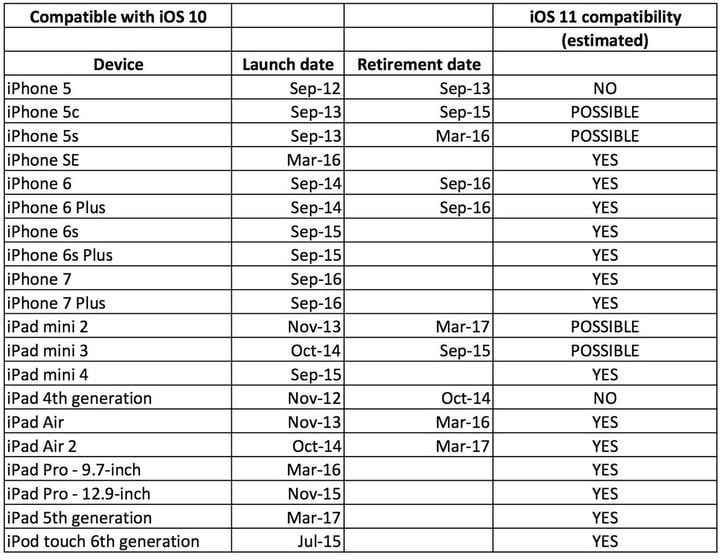 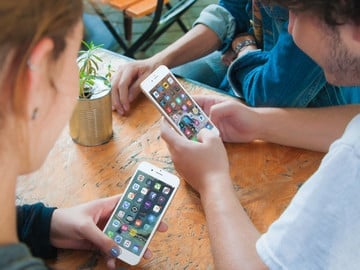