You are using an outdated browser. Please upgrade your browser to improve your experience.
iDevices
by Bryan M. Wolfe
January 2, 2018

Apple has clarified some important points about its recently announced $29 iPhone battery replacement program. The points come from a recently released internal document first published by iGeneration (via 9to5Mac).

According to the document, iPhones do not have to fail a diagnostics test in order for Apple to replace the battery for $29.

The exact battery condition is not relevant to qualifying for a replacement, although normal terms still apply – Apple may not replace your battery if it finds other damage to the device or interfering third-party components.

If you are trying to get a free battery replacement through an AppleCare warranty claim, then the device diagnostics will still be a prerequisite. The current policy will flag a battery as needing repair if it retains less than 80% of its original charge capacity.

Prior to this, some Apple employees were not replacing iPhone batteries when they reported capacity above 80 percent.

Additionally, we now know which Apple handsets are eligible for a discounted replacement. They include the iPhone 6, iPhone 6s, iPhone SE, iPhone 7, iPhone 8, and iPhone X.

As previously noted, Apple dropped the price for replacement batteries from $79 to $29 throughout 2018. Additionally, a future iOS app update will better inform you about the battery condition of your device. Replacement batteries (with installation) are available at Apple retail stores and online support channels.

In early December, a report claimed that Apple intentionally slows down older iPhones in the iPhone 6/6s range with batteries that need to be replaced. Soon after a class action lawsuit was filed against the company.

This led Apple to announce a temporary price cut for iPhone replacement batteries. The company also apologized for how it has handled performance on iPhones with older batteries and how it has “communicated that process” to the public.

According to “A Message to Our Customers,” Apple explained:

To address our customers’ concerns, to recognize their loyalty and to regain the trust of anyone who may have doubted Apple’s intentions, we’ve decided to take the following steps:

Should you replace your battery? If you think the battery on your iPhone is performing poorly, you should certainly get it replaced. Otherwise, it is probably best to wait and see how things work out over the next few months. Besides, the battery discount is good through the end of the year so you have nothing to lose.

Do you plan on replacing your iPhone battery? Let us know below.

Do you plan on replacing your iPhone battery? Let us know below. 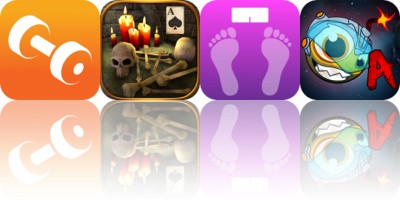