You are using an outdated browser. Please upgrade your browser to improve your experience.
iDevices
by Bryan M. Wolfe
January 18, 2017

New rumors about Apple’s 2017 iPhone lineup have arrived, courtesy of Timothy Arcuri of Cowen and Company. The findings from the Apple analyst were first published by AppleInsider.

According to Arcuri, the long-rumored 5.8-inch OLED iPhone model could feature a “wraparound” screen design. This display could utilize a “fixed flex” screen, which has already been seen on some of Samsung’s smartphone products, including the discontinued Galaxy Note 7.

The new handset is also likely to include an earpiece, FaceTime camera, and Touch ID fingerprint sensor, each embedded into the OLED display.

Arcuri reiterated those claims, and predicted that Apple may switch to Synaptec’s optical-based fingerprint reader for the new Touch ID sensor, citing it as “currently the only workable solution” for detecting a fingerprint through a smartphone screen.

Until now, most analysts have concluded that worldwide OLED panel shortages will mean that the 5.8-inch iPhone will be the only model in 2017 to feature an OLED screen. Arcuri advises otherwise, however.

He believes that both the 4.7-inch iPhone 7s and 5.5-inch iPhone 7s Plus could also feature the material, depending on Samsung’s ability to supply the screens to Apple. Previous rumors have suggested that these models would continue to feature LCD displays like those found on Apple’s current smartphone models.

Samsung is expected to be Apple’s only supplier of OLED panels, at least for this year.

Most assume that Apple will unveil the “iPhone 8” later this year. For what it’s worth, in his note to investors, Arcuri refers to this handset as the “iPhone X.” Interesting, no?

What are you hoping to see on this year’s iPhone? Let us know using the comments below.

Here's the Apple iPhone 8 Concept You Need to See 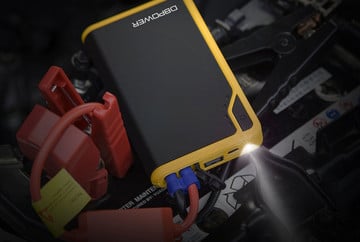