You are using an outdated browser. Please upgrade your browser to improve your experience.
by AppAdvice Staff
October 18, 2021

For a fantasy game, The Lord of the Rings: Rise to War sure is realistic.

Developed by NetEase, the mobile gaming powerhouse behind EVE Echoes, LifeAfter, and the forthcoming Diablo Immortal, The Lord of the Rings: Rise to War is a “geo-strategic seasonal wargame” based both on J.R.R. Tolkien’s seminal books and on Peter Jackson’s seminal films.

And it’s totally faithful to both of those sources, despite coming with its own brand new storyline.

The One Ring has mysteriously surfaced at the remote castle of Dol Guldur, triggering a war between the many races of Middle-earth. Gondor, Rohan, Mordor, Isengard, Angmar, and others are locked in a race for Dol Guldur and the ultimate prize.

It’s your goal to take part in this vast, slowly unfolding war for the One Ring, either as a Warband or a Fellowship.

Whichever side of the good/evil divide you pick, you’ll spend your time building up a settlement and advancing across the vast, open landscape, one tile at a time, plundering resources to help you level up your city, train your army, and recruit commanders.

NetEase has put a huge amount of time and effort into making The Lord of the Rings: Rise to War as authentic as possible to the books and movies. For a start, the team went to great lengths to create a faithful map of Middle-earth – on parchment and everything.

The character models are spookily accurate, too. While the team has created its own new cast of villains and heroes, the 3D renditions of Aragorn, Gimli, Saruman, Legolas, and countless others will make you feel like you’re playing the film.

You’ll be able to visit iconic sets and locations, too, including Minas Tirith (the vaulting structure where Aragorn was crowned in The Lord of the Rings: Return of the King) and Edoras (the seat of Theoden, King of Rohan).

Download it for free right now on the App Store, Google Play Store, or Galaxy Store. 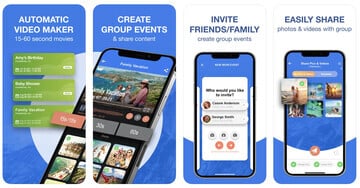 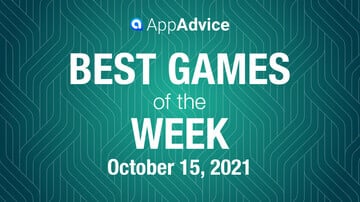 Best Games of the Week October 15