You are using an outdated browser. Please upgrade your browser to improve your experience.
by Brent Dirks
December 14, 2021

Using the app is easy. You’ll first start a FaceTime call and then open Navi. Select Enable Subtitles. Finally, invite the other people on the call to Navi. They’ll need to accept the invitation.

And the app can do more than just real-time subtitles. It can translate subtitles in 20 languages.

All of the subtitles are end-to-end encrypted through Apple’s servers.

Developer Jordi Bruin discussed why he decided to build the app:

In April I found an API that I used to let mute people speak on the phone with Text to Speech. When Apple announced SharePlay in June, the first thing I tried was to make an app that would allow deaf people to ‘hear’ while on FaceTime. I love to build things that make people’s lives easier, and the SharePlay framework was also a lot of fun to learn along the way.

It’s so great to see an app like Navi make technology accessible for more people. I tried out the app for a few FaceTime calls and was really impressed with the real-time subtitle translation.

Navi is for the iPhone and all iPad models. There is also a Mac version available.

To use the subtitles on calls, you’ll need to make a one-time purchase of $3.99.

For the real-time translation, you’ll need to purchase character packs. They start at $5.99 for 100,00 characters. That will provide in the range of an hour of translation.

Other larger packs are also available.

Disney+ Adds SharePlay to Watch Content Over FaceTime With Friends 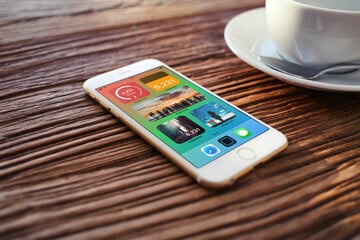