You are using an outdated browser. Please upgrade your browser to improve your experience.
Pocket Gaming
by Aldrin Calimlim
April 6, 2017

If you enjoy games like Geometry Wars, then this game is for you. And if you’re a fan of the mecha genre of anime and manga, then this game is really for you. The game in question is none other than Quantum Revenge, the latest iOS title from site sponsor Realtech VR.

Quantum Revenge is a twin-stick shoot ‘em up that wears its mecha-influenced heart on its sleeve. That’s one way of saying that the game is a frenetic dual-stick shooter featuring super-sized automatons in battle and other related elements from robot anime and manga.

As the game’s story goes, Earth is attacked by the troops of Rokuseya. But this is the year 70 of the Galactic Calendar (sometime in the distant future, presumably) and Earth has been deserted by humanity in favor of its plans to colonize new solar systems. Fortunately for the blue planet, but unfortunately for the invaders, a trio of elite mech pilots named Tetsuji, Shin, and Katashi turns out to have stayed behind.

What ensues is an out-of-this-world battle, and you — the player — gets to be part of it all in Quantum Revenge.

You’ll have control of six robotic armors, each having unique abilities and special attacks as well as the potential to be upgraded with different modules, including shields, drones, and more. With your super-robotic armaments, you must engage the enemies in battle across five missions, past two bosses, and toward an epic finale. Through it all, you’re to shoot the invaders with stream after stream of high-tech projectiles in order to blow them into space-operatic smithereens.

While you’re at it, you can revel in the game’s enthralling combination of Metal-enhanced 3-D graphics and 2-D Japanese cartoon animation. You can also get a kick out of the game’s campy dialogue, befitting its anime and manga inspiration.

Compatible with iPhone, iPod touch, and iPad, Quantum Revenge is available now on the App Store for $2.99, with in-app purchases for in-game currency. 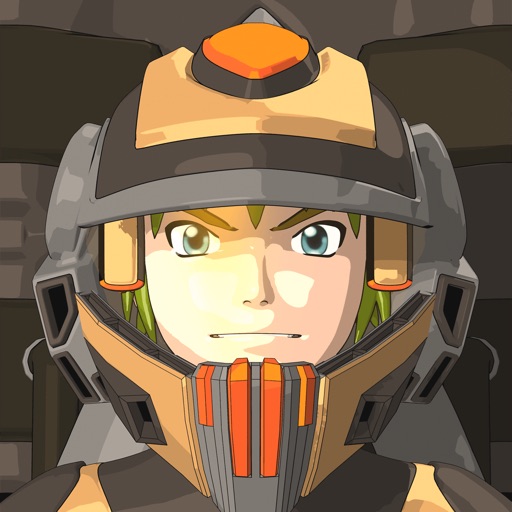 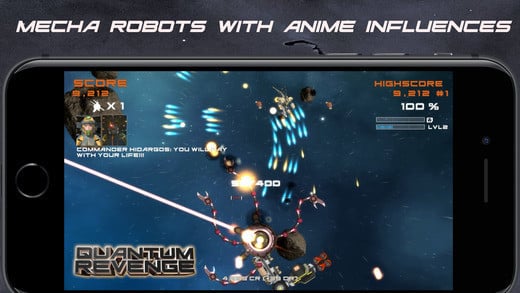 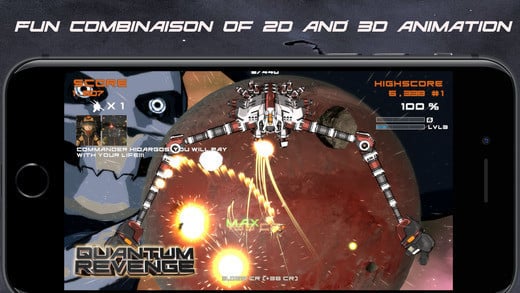 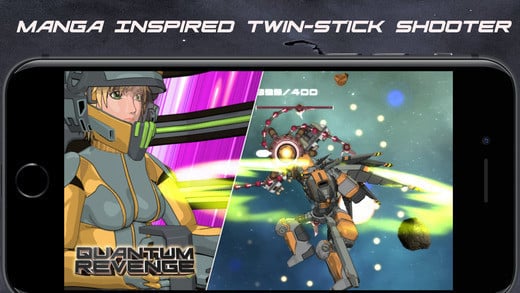 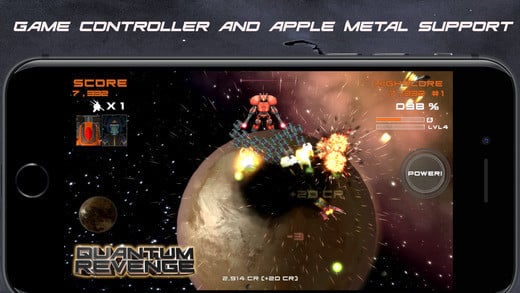 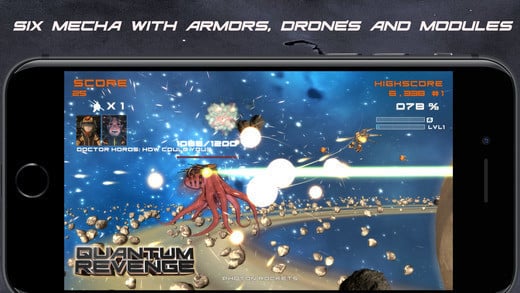 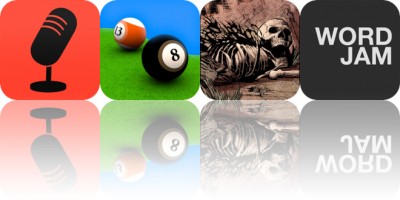 Today’s Apps Gone Free: Mic’d, Pool Break 3D, This Is Not a Test and More 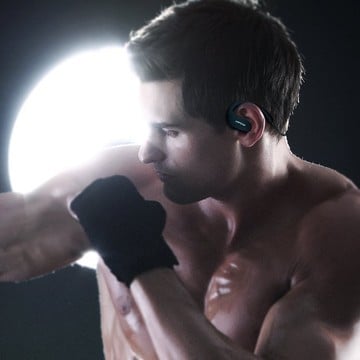