You are using an outdated browser. Please upgrade your browser to improve your experience.
iDevices
by Bryan M. Wolfe
August 31, 2017

Holding out hope for a new 7.4-inch iPad mini? How about a supersized 2018 iPhone instead? According to a questionable report from Korea Herald, Apple’s working on two new OLED iPhone models for 2018, one with a display that measures 6.46-inches diagonally.

Outside of Apple, the world continues to wait for the 2017 iPhone lineup to make its debut. Inside Apple Park, however, work has already begun on next year’s handsets. Not surprisingly, it looks like the company’s 2018 lineup of handsets could feature even larger displays.

This isn’t the first time we heard Apple was planning on increasing the display sizes on iPhone next year. Back in May, The Bell said Samsung Electronics would be providing Apple with two different OLED screen sizes in 2018 – a 5.28- and 6.46-inch panel.

The screen size for iPhone has steadily increased since Tim Cook became Apple’s CEO in 2011. The first five iPhones featured 3.5-inch displays. In 2012, the company introduced the 4-inch iPhone 5. Two years later, the 4.7-inch iPhone 6 and 5.5-inch iPhone 6 Plus were released.

Apple’s likely to announce the 2017 iPhone lineup on Tuesday, Sept. 12, alongside new versions of Apple Watch and Apple TV.

Would you purchase a 6.46-inch supersized iPhone?

iPhone 8 Rumors: The End of the Home Button 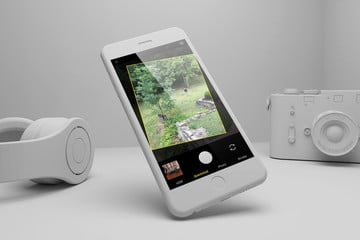 With Enlight Quickshot, Your Photography Game Just Got a Huge Boost 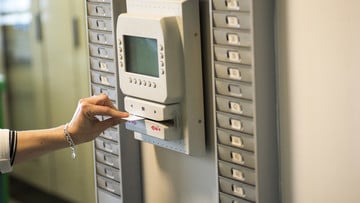 With atWork on Your iPhone, Tracking Your Work Hours Is Simple and Comprehensive