You are using an outdated browser. Please upgrade your browser to improve your experience.
iDevices
by Joe White
April 25, 2016

It shouldn't come as much of a surprise, but Apple's two newest models, the iPhone 6s and 6s Plus, aren't selling as well as last year's iPhone 6 and 6 Plus handsets, a report from Fortune explains.

Apple's next-generation iPhone handsets could combat all of this, if the changes are impressive enough.

The piece comes ahead of Apple's forthcoming first quarter results, and these are due on Tuesday; for some time, analysts have been suggesting that this year could see the “first-ever decline in iPhone sales from the previous year,” and Consumer Intelligence Research Partners knows who, or rather what, to blame: the iPhone 6s and 6s Plus.

According to a survey from the group, the two models accounted for 61 percent of new iPhone sales during Q1 2016, as opposed to last year's 78 percent share held by 2015's comparable models. But this really shouldn't come as much of a surprise: most iPhone users, myself included, upgrade outside of the so-called “s” year, opting to try out Apple's new iPhone hardware redesigns. The iPhone 6 and 6 Plus not only introduced a new design for users, but also two new sizes: as such, demand for these handsets is bound to have been stronger than demand for the current-generation iPhone 6s and 6s Plus.

Reversing the iPhone decline has been one of the top concerns for investors, who are now looking ahead to the next iPhone upgrade, expected later this year. Shares of Apple are about unchanged so far this year, though the stock price is still down 21% from the all-time high of $134.54 reached almost a year ago.

The news also comes as noted analyst Ming-Chi Kuo claims that for 2016, Apple could be the worst-performing top five smartphone brand.

Apple stock price is going to respond to any hints given during WWDC and following the launch of Apple's new products this September. For the June conference, a preview of Cupertino's software is all we're expecting. The latest rumors claim a removed headphone jack, slimmer profile, and possible True Tone display are all heading to the iPhone this fall. Though whether or not this kind of feature set is enough to drive significant consumer demand for the new handsets remains to be seen. 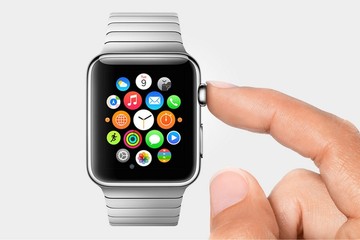 An Untethered Apple Watch Would Be a Smart Move