You are using an outdated browser. Please upgrade your browser to improve your experience.
by AppAdvice Staff
December 8, 2020

Superprism Games has just released a new promo video for Illusion Connect, along with a huge new event. You can check out the video below.

In case you’re not aware, Illusion Connect is a shojo RPG featuring stunning anime visuals and an all-star cast of voice actors. It came out in October after smashing 600,000 pre-registrations. Its reception so far has been rapturous, notching up an impressive 4.7 average rating from 80,000 user reviews on Google Play.

The game sees you recruiting and building up your Radiants, as well as socializing with them in various different social modes.

There are 50 Radiants to collect, all with their own personalities, appearances, hobbies, and backstories. They all have their own strengths and weaknesses in battle, too, and these traits become stronger the more you get to know the Radiant in question.

The new promo video sets the scene beautifully. It depicts how the events of Illusion Connect take place in the Dream World while people in the real world carry on oblivious.

Until, that is, the villain Frantiva crosses the boundary through a lens and starts causing a rumpus. A fight between Frantiva and Saya ensues, and it doesn’t go Saya’s way. Just before Frantiva can deliver the fatal blow, however, her sister Angela appears and blocks Frantiva’s spear with her shield.

It still isn’t enough to hold Frantiva back, and she soon overwhelms her sister and Saya both. Once again, as she attempts to deliver the coup de gras she’s stopped in her tracks, this time by Phoebe, descending from the sky with a fireball.

Then, the final boss Rotania shows up and all hell breaks loose.

You don’t need us to explain the video, of course. You can just watch it.

And then you can join the Eternal Snowflake event, which opens in December. It includes new event stages, a daily trial, and new materials such as snowflakes, ice eggs, and snow candy.

There are also limited edition skins for warring siblings Angela and Frantiva. You can download Illusion Connect for free right now on the App Store. It’s also available on Google Play Store. 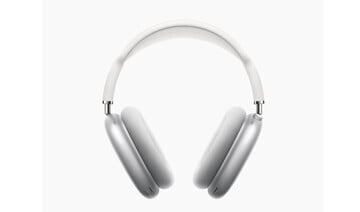