You are using an outdated browser. Please upgrade your browser to improve your experience.
by Christine Chan
January 8, 2016 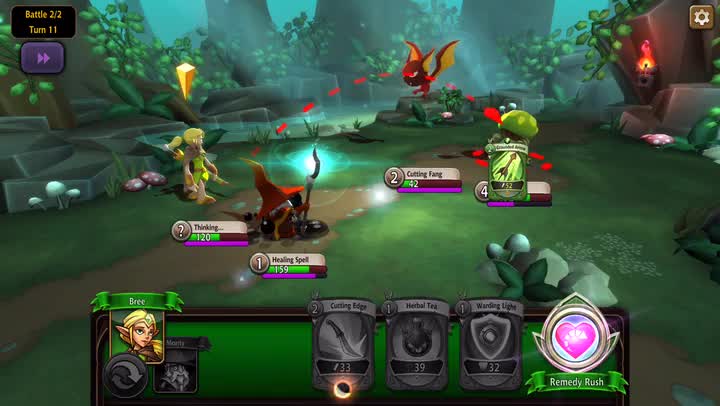 BattleHand (Free) by Kongregate is an action RPG that mixes the traditional RPG battle elements with card battling. If you’re looking for a fun little RPG game that will help you pass some time, then BattleHand is worth a look.

Several years ago, I was a huge RPG nerd. I spent hours of my day, several times a week, just playing one game and leveling up my team to be the strongest they can be to pass a certain boss fight or just getting loot. While I still like doing that, my work schedule doesn’t give me as much time as before, so it’s hard to live my childhood days of just sitting and playing an RPG all day. Fortunately, there are mobile RPG games on the iPhone that let me get my fill in bite-size sessions, and BattleHand is one of those types of games. If you enjoy RPGs and card battles but don’t have the time for a full RPG, then BattleHand could be a nice addition to your iOS game collection. 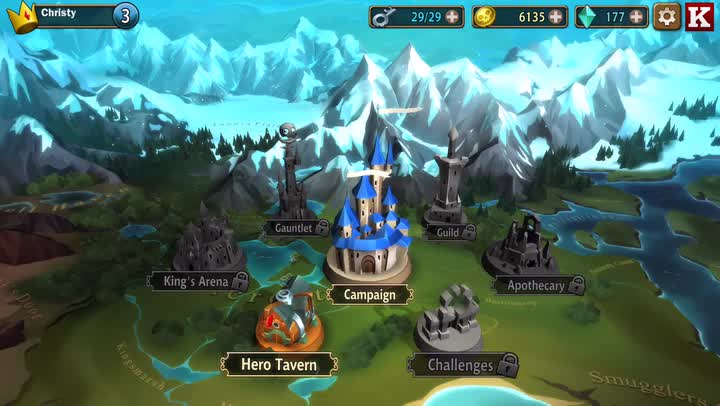 The graphics in BattleHand are fully rendered in 3-D and look gorgeous, especially on Retina screens. The hero character models carry a kind of blocky, cartoonish appearance, but I think it goes perfectly with the nature of the game. The monster models vary in size and color, of course, but they all seem to have lively animations and a wide variety of behavior patterns. Environments in the game are beautiful, with lush, detailed backgrounds and lighting effects. Cards are bright and color-coded by elemental type, and it’s easy to see the speed and damage (or healing) that each card will do in battle. The animations in the game are smooth and fluid, with no lag on my iPhone 6s Plus. The game is complete with an adventurous soundtrack and quirky sound effects.

The first thing that you must complete in BattleHand is the somewhat lengthy tutorial chapter, which can be annoying and a bit tedious. However, this is also the best way to understand the game mechanics without being overwhelmed, so it’s recommended to trudge through it. If anything, it’s an easy way to get some decent rewards to help you get started in the first real chapter.

In BattleHand, you can quickly go through the Quests section to see what you have to do next, or you can navigate through the world map and see the dungeons you can play. Each dungeon will have its own set of loot rewards and up to three stars can be earned, which are dependent on meeting the criteria by the end of the battle. I think the Quests section is more straightforward, but you can use the map to go back and replay dungeons for experience and acquiring missing stars if needed. There is also an auto-battle option on old dungeons if you earned at least one star. There is also a Mailbox section underneath the Quests tab, so you can read messages from various NPCs that you’ll encounter in the story and other miscellaneous bits. The Shop lets you pick up card packs or materials for upgrades, though these cost gems. Naturally, since this is a freemium game, you can buy more gems from here as well.

You’ll start out with one character, Monty the Mage, but you’ll find more heroes on your journey and you can battle them to earn their trust before recruiting them from the Hero’s Tavern. To add more heroes to your party, you’ll have to reach a certain Fame level, which increases as you complete quests, and have enough gold. Each hero will fall into one of three class types: Might, Magic, or Skill, and they all have an alignment to a specific element. It’s important to note the element, since there is an elemental cycle of strengths and weaknesses, and some enemies will take more damage when you use the correct elemental attack.

Each hero in your party will have their own deck of eight cards to utilize in battle. You can edit the deck from the Battle Cards section, and just drag-and-drop cards from the bottom bar on top of others to replace them. You can also upgrade card levels (each one has its own max level cap) so they are stronger and more potent by “feeding” them booster cards you earn from packs or quest rewards. Each booster card has its own element and point value, and you get bonuses for matching the booster element to the card you’re trying to upgrade. 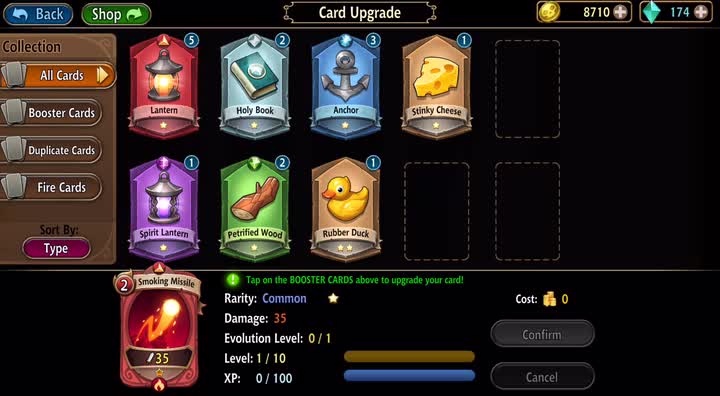 During battle, each character will have a hand of four cards, and you just drag them onto your target when it is your turn. The number on each card indicates how many turns it will take to activate, and this is important because enemies will have a number on them that indicate how soon they will make their move. So it’s recommended to get in as many cards as you can before they make their move, but naturally, the cards that take longer to cast can dish out more damage, so it can be worth it. Either way, the speed of the cards and enemies means that you have to strategize during each battle.

Additionally, each hero can unlock their own unique traits that can be used in battle once the gauge is full (done by performing enough attacks or supports). These have to be unlocked by purchasing them from the Heroes section, and then tapping on the trait in battle to activate it. There are a total of three traits for each hero, though later ones need specific level requirements before you can use it. The traits can also be upgraded as well.

At the moment, I’m just in the single-player Campaign, but there will be other modes available as you progress. For example, there is Player vs. Player challenges, a survival mode, and more. So even if you get bored of the campaign at some point, there is plenty of other things to do in the game.

I’ve only just started BattleHand, but I’m enjoying it so far. However, since it is a free-to-play game, it does utilize a type of energy system, which is done in the form of “dungeon keys.” For each dungeon, you will have to have a certain amount of keys available to enter it. As you level up your heroes and fame, you’ll add another key to your total, but it’s rather easy to go through your key supply quickly. The keys will refill itself over time, or you can refill it immediately for 20 gems. I’m not a fan of this type of system and wish that there was a way to just remove the timers, but alas, there is not. There are plenty of in-app purchases for gems, but no way to get rid of the timers.

Aside from that, I’m still enjoying BattleHand. The game looks great, the battle system is fairly straightforward but requires strategy, and there’s a lot of content for free. The rewards are fairly generous, but I’m just not a huge fan of the dungeon key system and the pushes for in-app purchases. But if you can get past that, then the game is still worth checking out if you want a way to pass the time.

BattleHand is available on the App Store as a universal download for the iPhone and iPad for free with in-app purchases. 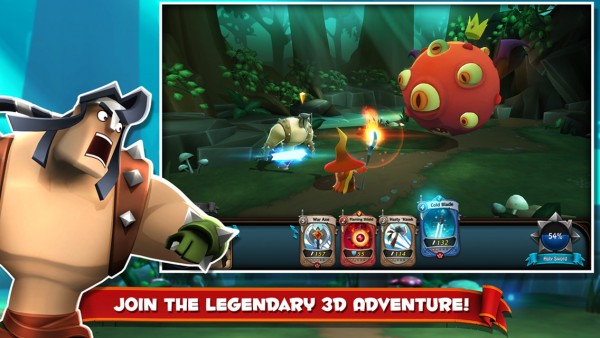 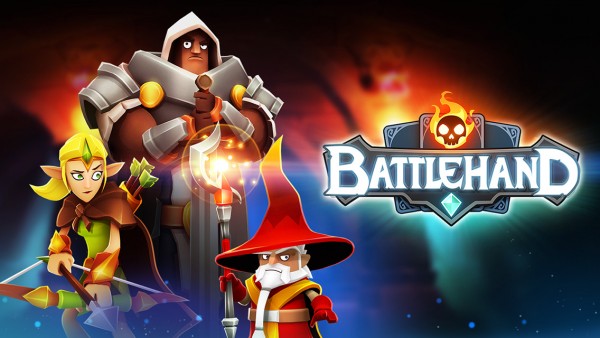 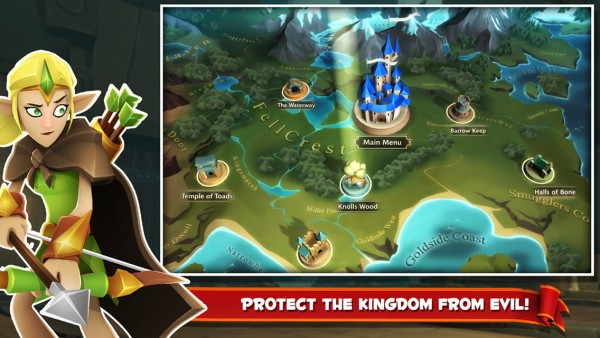 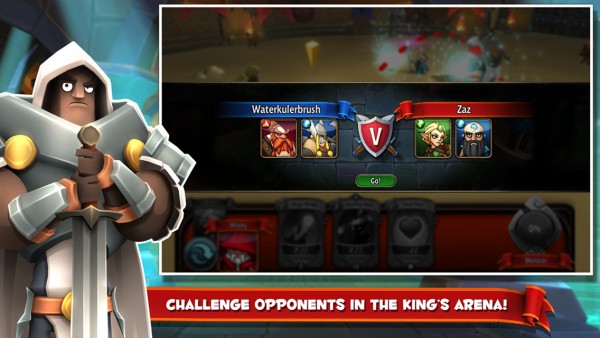 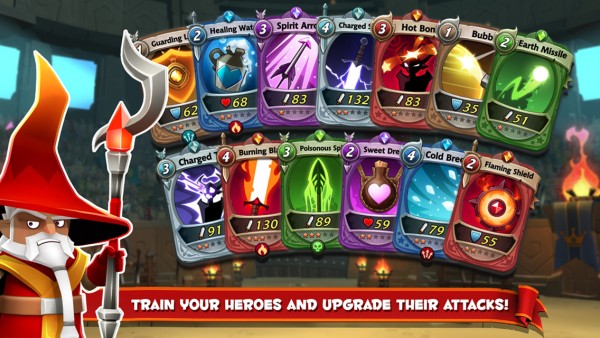 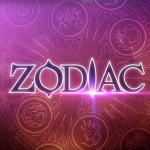 Beautiful RPG Zodiac: Orcanon Odyssey is nearing release on the App Store
Nothing found :(
Try something else