You are using an outdated browser. Please upgrade your browser to improve your experience.
by Christine Chan
April 7, 2016 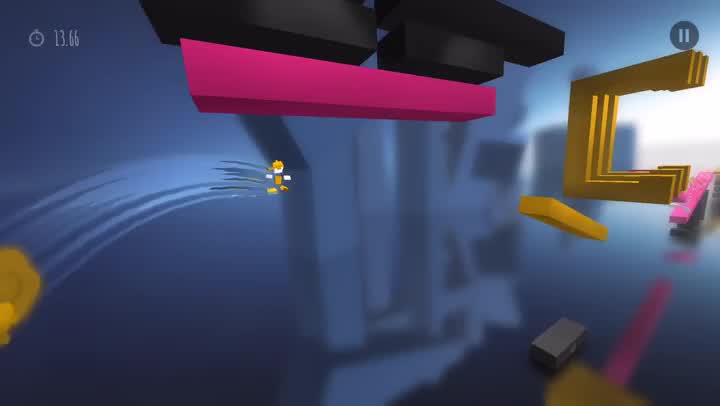 Chameleon Run ($1.99) by Noodlecake Studios Inc and Hyperbolic Magnetism is an autorunner with a colorful twist. If you love auto-runner games but want something that is challenging and not just another infinite runner, then Chameleon Run is your best bet. It’s from the same developer behind Lums, Perfect Paths, and more.

Ever since the App Store originally debuted back in 2008, I’ve downloaded probably tens of thousands of apps and games at this point. One of my earliest addictions was Canabalt, which pretty much single-handedly jump-started the infinite, auto-runner genre. Then we ended up with Jetpack Joyride, Temple Run, and all of the clones and copycats from those. However, while I enjoyed all of these endless runners back in the day, things got a bit stale after a while, because all it was is me chasing after a better score than my previous attempts. Other than that, there was no real goal or objective to these games. So I got a little bored with the genre, but then I heard of Chameleon Run, and it has ignited a new kind of love from me in terms of the auto-runner genre. 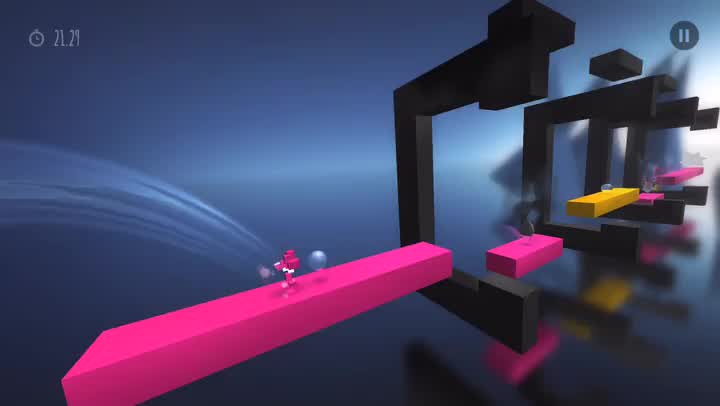 Ever since the rise of Minecraft, voxel art has been in and it definitely does not look like it is going away anytime soon. While I’m not a big fan of Minecraft, I love the voxel art style and am glad to see more games embrace this unique, 3-D pixelated look. Chameleon Run has the blocky, voxel art style that I like, although it is not as complex as other games of course. Chameleon Run also has gorgeous blurred out backgrounds and smooth marbles and smoke crystals scattered about, as well as a nice trail of colored smoke that you leave behind when running. The 3-D is rendered incredibly well, and the angled side-scrolling view is nice and reminds me of 1-bit Ninja Remix Rush. Animations in Chameleon Run are buttery smooth and fluid with no lag on my iPhone 6s Plus. The soundtrack is rather upbeat and quirky, and the sound effects are downright fun to hear. In terms of the visual and audio department, I say that Hyperbolic Magnetism did an excellent job.

It would be easy to assume that Chameleon Run is an endless runner, because let’s face it — that’s what it looks like in the trailer. But surprisingly, it’s a level-based game with different chapters for you to go through. The first chapter will be a tutorial that explains the basics to you as you go, and there will always be three objectives to meet on each stage if you care about collecting all of the stars, but the main point is to reach the clear crystal at the very end. The optional goals include: collecting all marbles, collecting all of the smoking crystals, and not switching color. Even though you can complete a stage just by reaching the end without clearing any of the goals, you’ll feel the urge to go back and replay stages after a few times to accomplish everything. Plus, you start to memorize the layout of a level after you try a few times anyway, so the replay value is rather high. You’ll need to have a certain number of chameleons to unlock later levels though, so you have to at least try to get those stars to progress.

Controls in Chameleon Run are super intuitive and natural, but it does take some time to master. Since it is an auto-runner, your little voxel dude will run forward automatically, so you don’t have to worry about that part. However, the game consists of many different platforms for you to jump on and off of, and jumping requires tapping the bottom right corner. The longer you press, the further you will jump. You can also do a double jump by tapping that area twice, and this works while you’re already jumping or even falling. The biggest trick behind Chameleon Run, though, is the fact that the platforms you want to land on are made up of two colors: yellow and pink. To properly land, your character must match the platform color. To switch the character color, just tap on the bottom left area. New game mechanics are introduced as you go, and there will be tutorial stages to show you the ropes. 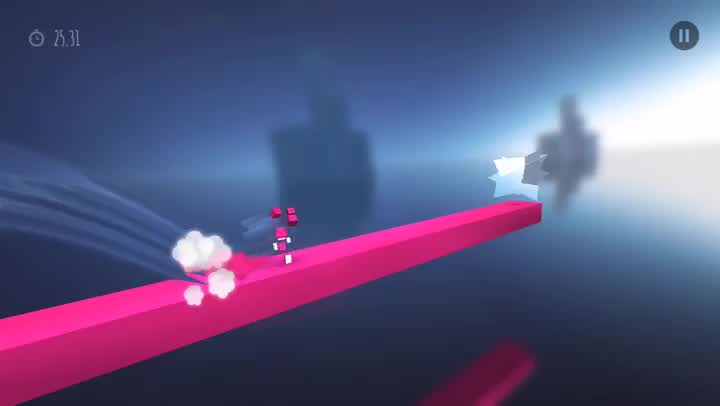 Despite the fact that the controls are pretty easy to pick up, things can get a little hairy as you play since you have to make sure that your color matches what you’re coming up on, and you also have to watch your jumps. Plus, the speed gradually increases as you make progress, leaving you less time to react. In order to succeed in Chameleon Run, you’ll have to be able to react on a dime. While it can get a bit frustrating, I still think the overall experience of the game is fun, and hey, it’s definitely a welcome challenge.

Even though the main goal of the game is to reach the crystal at the end, there are plenty of things that add to the game’s overall replay value. As I mentioned earlier, there are three objectives for each stage, and completing all of them can be done one-thing-at-a-time, so you aren’t too stressed. Plus, the game is designed for speedruns, since there is a timer going on each stage, similar to the Mikey Shorts series. Chameleon Run has full Game Center support so you can compare your best times with friends and rack up achievements.

I’ve only spent a few days on Chameleon Run, but I’m in love with everything about it so far. The voxel art style and angled side-scrolling works great here, and the music is just delightful to listen to. While the game can be fairly challenging, it’s still fun enough that I just keep coming back and giving it another go, instead of just wanting to throw my phone across the room. The variety of objectives keeps things interesting too, and gives you plenty of reason to revisit a level. The only thing that would make the game even better is an endless mode, as I can only imagine how crazy that would get. Or even a daily stage to compete against others on. Either way, this first iteration of Chameleon Run is super polished and just a ton of fun.

I highly recommend checking out Chameleon Run if you’re a fan of challenging auto-runner platformer games. You can find Chameleon Run on the App Store as a universal download for your iPhone, iPad, and Apple TV for just $1.99. There are no in-app purchases, so you just pay once and play forever. 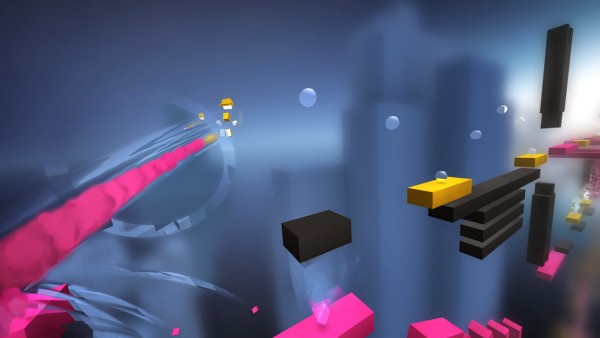 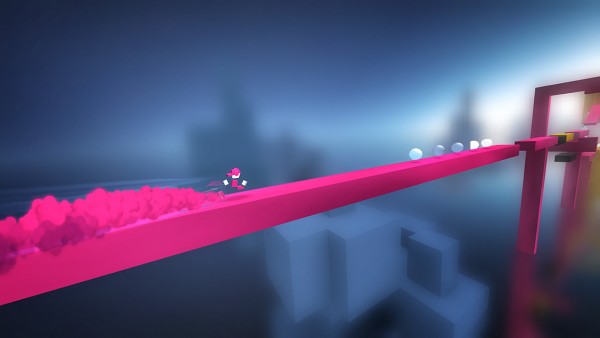 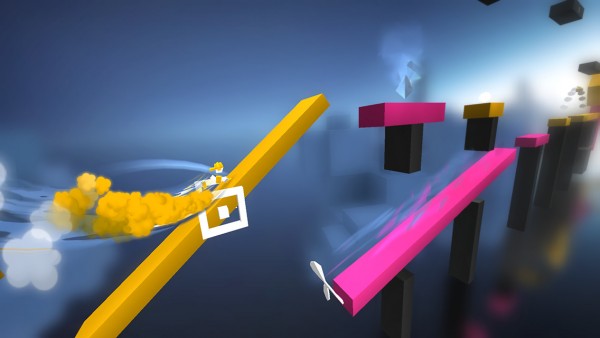 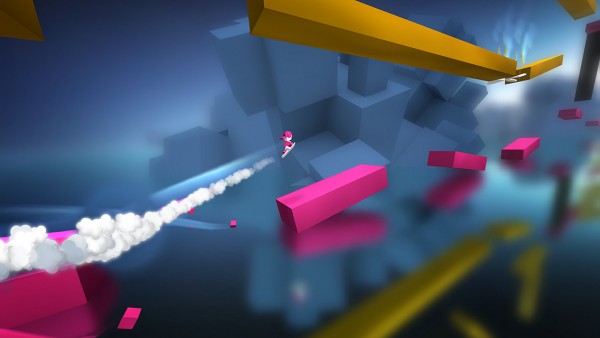 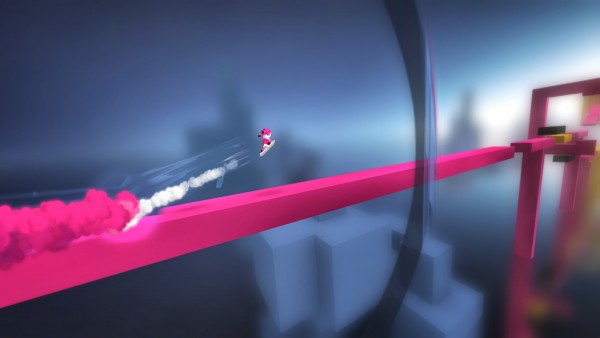