You are using an outdated browser. Please upgrade your browser to improve your experience.
by Christine Chan
August 2, 2016 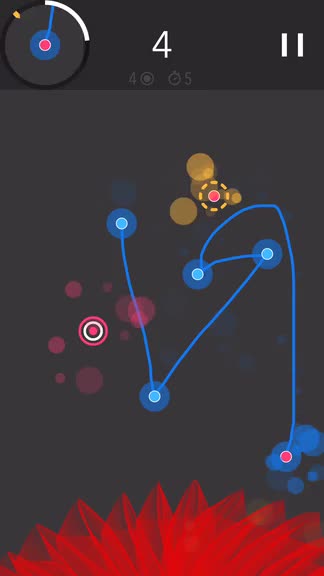 Comblosion ($1.99) by Sebastian Miedtank is a twitch reflex arcade game that is all about connecting and collecting. If you want a much more fast-paced game about connecting dots, compared to Dots & Co and other puzzle games, then Comblosion is just your style.

Even though I have several different console systems, I still do most of my gaming on my iPhone these days just because of the convenience. While I get the most enjoyment out of puzzle games (they’re a great way to relax), sometimes I do want something that moves at a faster pace and lets me chase high scores all day long. Comblosion is one of those games, and while it’s about connecting the dots, it’s much different compared to some of the popular games out there, like the Dots series. 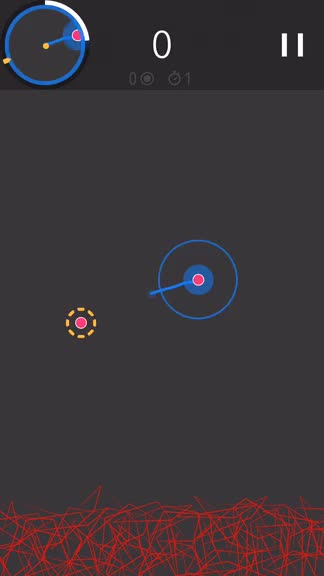 In terms of visuals, Comblosion features a super simple, minimalistic style that will appeal to everyone who likes a clean aesthetic. The game sports a black background with colored dots and lines that contrast nicely due to the bright and vibrant hues. The animations are buttery smooth with no lag on my iPhone 6s Plus. The game doesn’t have a continuous soundtrack in the background, but it does have charming little sound effects as you connect and collect. While Comblosion is pretty no-frills in the visual and audio department, the developer still did a great job in creating something that just looks great on your Retina screen.

Since Comblosion is an arcade game, it’s essentially just a high score chaser. There are no levels — you just play infinitely as long as you can, progressing to the next stage layout as you rack up the points. The objective of the game is pretty straightforward: connect the dots as they appear on the screen. Once you connect to the dot, a new one appears. But you can’t cross over previously drawn lines, and you only start out with a few seconds on the clock, but each dot you connect with adds another second to the countdown. There’s no end to connecting the dots unless you run out of time, which can be pretty fast. Sometimes items will appear on the screen, like gifts, extra time, and point boosts. If you see those, make sure to collect them before connecting to your next dot, as they disappear otherwise.

The controls in Comblosion are easy enough — just connect the red dot to the other red dot (with the orange dashes around it) with your finger. However, I recommend watching how you draw the lines, because the placement of the next dot is always random, and sometimes the game puts it in a spot that you can’t get to due to trapping yourself. Sometimes it just can’t be helped, though, and the procedurally generated nature of the game keeps things interesting. Again, if a power-up item spawns on the screen as you’re trying to make another connection, make sure to collect them along the way for nice bonus. 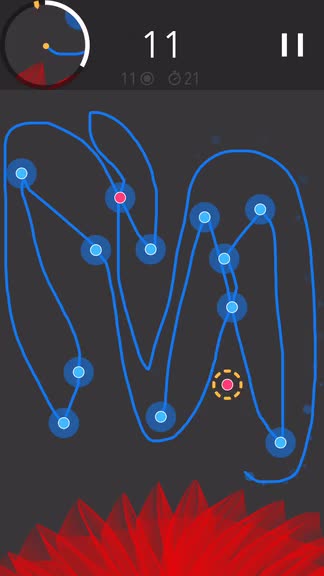 Despite the game being an endless high score chaser with no levels, there are times when you will advance to the next stage once you obtain the power-up or get enough dots, which means a different layout. In addition to not being able to cross over previously drawn lines, you cannot touch the red areas that are on the screen, which will always vary with each attempt. If you touch the red areas, your line breaks and you’ll have to try again, hopefully circumventing that section and any other existing lines already.

If you are good enough, you’ll eventually get the rocket item, which can be used to give yourself a head start and net you several hundred points before you even make a single connection. I have yet to unlock these rocket items though, so I’m assuming you have to reach a certain point threshold to get access to them.

I’ve only just started playing Comblosion, but so far I’m enjoying it, even though I’m doing terribly by trapping myself in my own web of connections. As a fan of minimalism, I like the aesthetics, the sound effects are whimsical, and the gameplay is simple but challenging. The only thing that would make the game even better is different game modes, if possible, but the infinite high score chasing right now is sufficient enough.

I recommend checking out Comblosion if you are searching for a fast-paced high score chasing arcade game to pass the time with. You can find Comblosion on the App Store as a universal app for your iPhone and iPad for just $1.99. 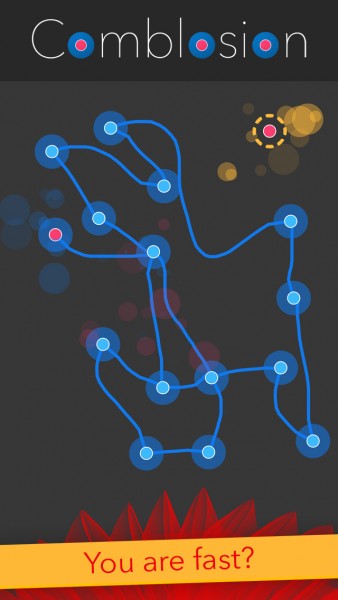 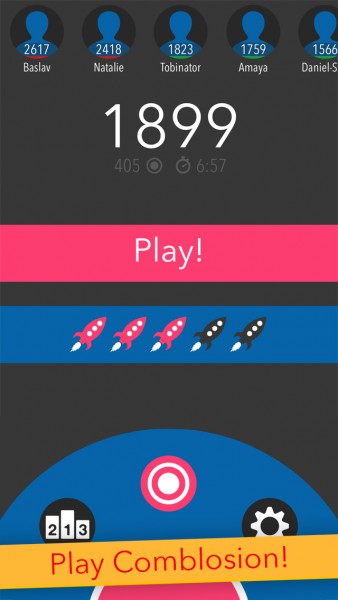 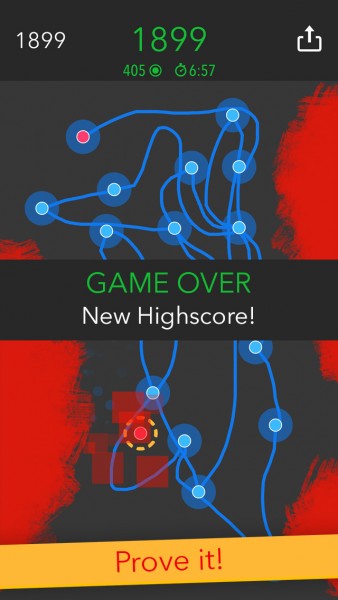 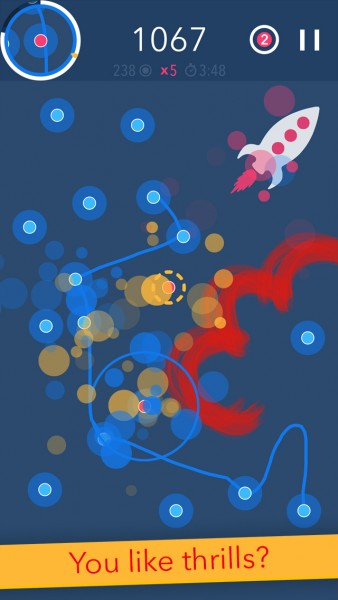 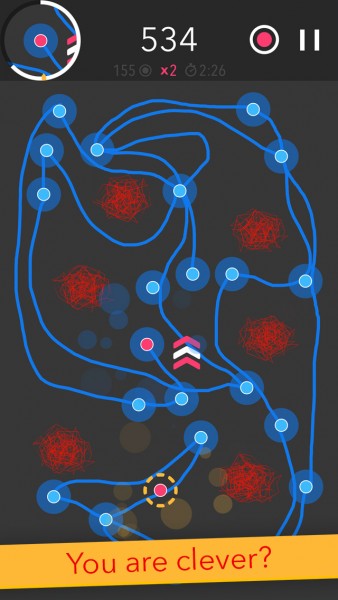