You are using an outdated browser. Please upgrade your browser to improve your experience.
by Christine Chan
October 10, 2016 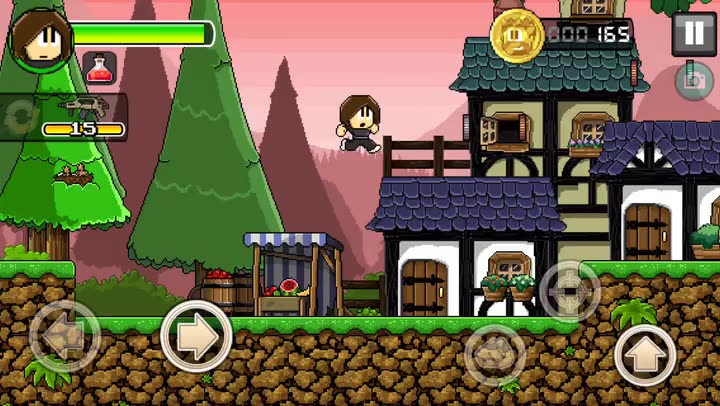 Dan The Man (Free) by Halfbrick Studios is an old-school style arcade platformer game that is packed with a ton of beat-em-up action. If you enjoyed tiles like Beatdown, but wish that there were some platformer action thrown into the mix, then you should give Dan the Man a try.

As a kid who grew up in the early ‘90s, I have fond memories of the arcade and even playing the Super Mario Bros. at home. And it didn’t just stop there — I branched off to other various platformer games that I could get my hands on (you know, as a kid with no disposable income). I ended up loving the platformer genre, but even more so when there was some kind of combat and objective other than “jump on some platforms.” When I had heard that Halfbrick Studios, the creators of the popular Jetpack Joyride games featuring Barry Steakfries, was creating a new arcade-like platformer, I was ecstatic to check it out for myself. It’s now available to the masses, and definitely a great way to pass the time if you’re a fan of the genre. 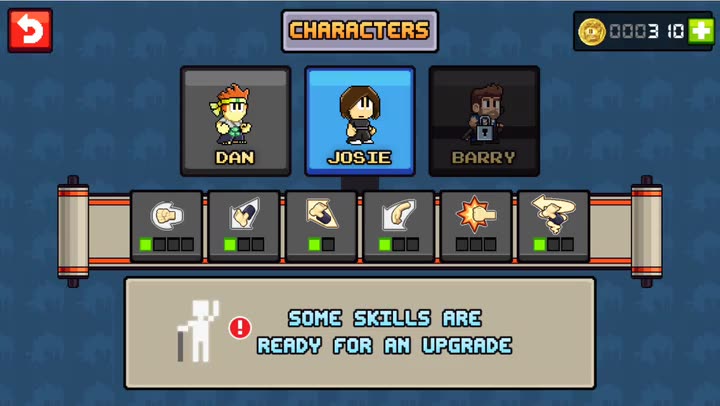 Visually, Dan the Man is oozing with retro charm. Just like other Halfbrick games, Dan the Man has a classic vintage pixel-art style aesthetic that is gorgeous and packed with incredible detail. The environments range from lush wildlife areas to modern civilization and architecture, and all of the settings look fantastic. Character models are rendered nicely too, with everyone having their own unique appearance and movement patterns. The color palette is fantastic, with tones ranging from bright and vivid hues to darker and richer shades. All of the animations are smooth and fluid, and I did not experience lag on my iPhone 7. To top it all off, the game has a quirky and upbeat chiptune soundtrack that just adds to the thrill of the game. Sound effects are also fun to listen to as you beat up any foes that stand in your way. Overall, I love what Halfbrick has created in terms of visuals and audio with Dan the Man.

Like traditional platformer brawler games, Dan the Man features a level-based Story Mode, and you must clear the current stage before you can move on to the next area. Think of the levels in Super Mario Bros. games and you’ll get the picture. But even though the game is a free download, the levels are rather lengthy, and there are even secret areas to discover as you play, so there is a lot of content available from the get-go.

Eventually, you’ll also unlock daily missions and weekly events, which only add to the replay value of the game. Even though Dan the Man is a brawler, there is a story behind the chaos: a mysterious organization has emerged from the shadows and plunged a village into peril. They took Dan’s girlfriend, Josie (the roles can be reversed), and it’s up to you to help save everyone. It’s revealed in an in-game announcement that Dan the Man was originally just going to be a web series, but I’m glad that it turned into an action-packed iOS game instead. The goal is to reach the endpoint of the stage you’re on, or defeat tough bosses in intense battles. But be warned — there are some parts of the level where you’ll have to face off against a set number of foes before you can proceed. There’s no time limit in the game, but you’ll still be breaking a sweat over what seem like an endless swarm of foes coming at you relentlessly.

Controls in Dan the Man are simple enough to understand, though I feel that the button positioning could have been better optimized. The bottom left area will have your typical buttons for moving left and right. In the bottom right area will be buttons for jumping, attacking with your melee punches and kicks, and another button for weapon attacks. You’ll find a variety of weapons as you make your way through stages, and these can range from knives and shurikens to different guns to take down foes with. The damage done by each weapon will vary, and you can switch weapons at any time by tapping on the weapon box on the left side of the screen.

While the controls work for the most part, sometimes I did have issues with the spacing between the action buttons, so I ended up jumping instead of punching or using my ranged attack, and other times I was facing the wrong direction while attacking. While you can change the controls to cater to left-handed users, you can’t drag the buttons into a position that better suits you, which is a bit disappointing. Hopefully Halfbrick can consider allowing us to fine tune the controls to better suit us. 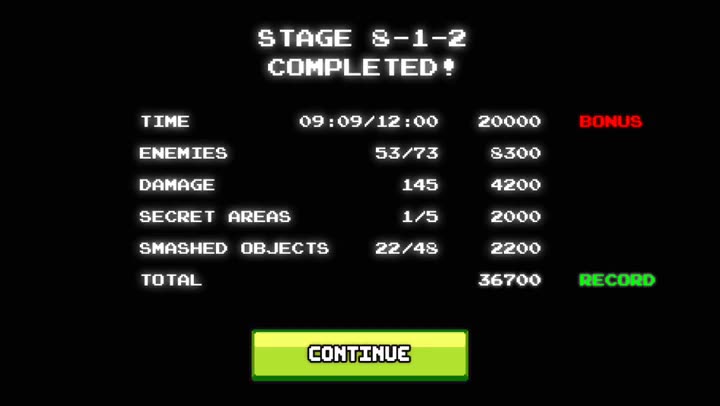 As I mentioned, the levels in the game are pretty long, which is a bit surprising for a free-to-download game. There are several checkpoints that you can reach in a stage, so if you end up failing, you can pick up at the last checkpoint. Sometimes you will find “video cassettes” that play an ad in the middle of a level, which is a bit annoying, but since you’ll be doing a lot of button mashing at times, it can be a nice 30-second break for your thumbs. You’ll also encounter “Ye Olde Shoppe” every so often on a level, which is where you can buy some food to heal up (like apples) or whatever weapon they have in stock. Coins are easy to collect in the game, because it will drop from fallen foes, broken boxes and vases, and there’s plenty of cash just scattered all over the stage for you to collect.

The money you find can also be used to purchase upgrades for your selected character, such as stronger attacks, more health, and even new moves. And if you don’t mind spending a few bucks of real cash, you can unlock special characters that have their own distinctive play styles, such as Barry Steakfries himself. The characters range in price from $0.99 to $4.99 for Barry Steakfries. You can also buy coins if you’re impatient, or go for Premium to get rid of the ads in the game. But again, all of the in-app purchases are completely optional, and the game is still a blast even if you never pay a dime. There’s a nice sense of balance here between the free-to-play aspect and in-app purchases.

I’ve been playing through Dan the Man over the past few days when I’m not busy with other aspects of my life, and am enjoying it a lot so far. The graphics take me back to the golden days of gaming and my youth, and everything about the game is eccentric and fun. The controls do need a bit more polish though, and I would prefer to be able to adjust the positioning myself, so hopefully that comes in a future update. Still, for a free game, it does not get in-your-face with the ads and in-app purchases too much, and there is a ton of content that is available for everyone to check out.

If you’re a fan of action-packed brawler platformer games, then I recommend giving Dan the Man a try. It’s a perfect way to kill some time or just relieve stress — I mean, you’ll be punching a bunch of baddies in the face, after all.

Dan the Man is available on the App Store as a free download for your iPhone and iPad. It has in-app purchases and also is compatible with iMessage for stickers. 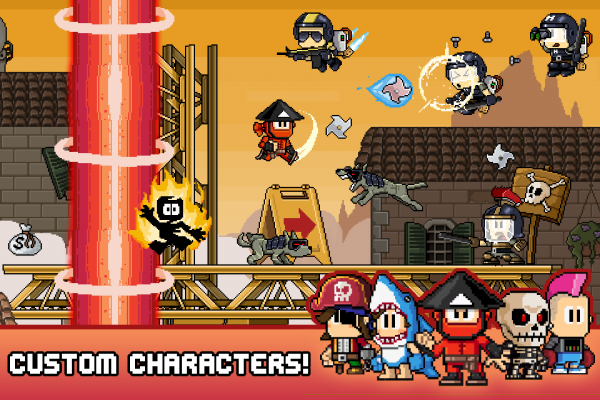 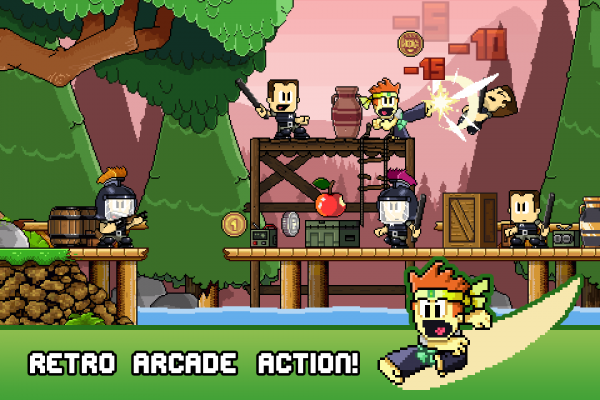 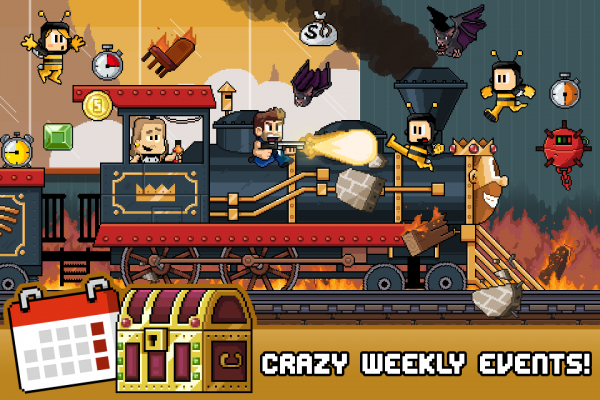 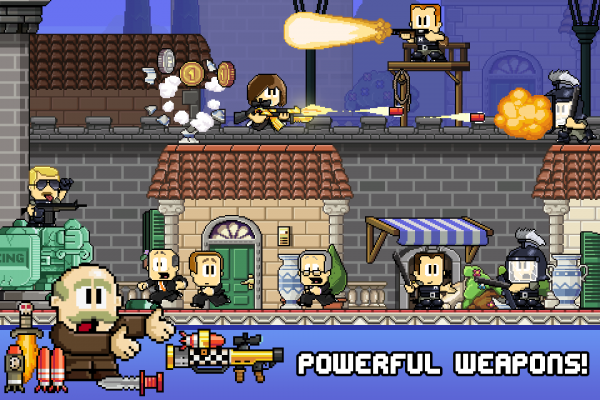 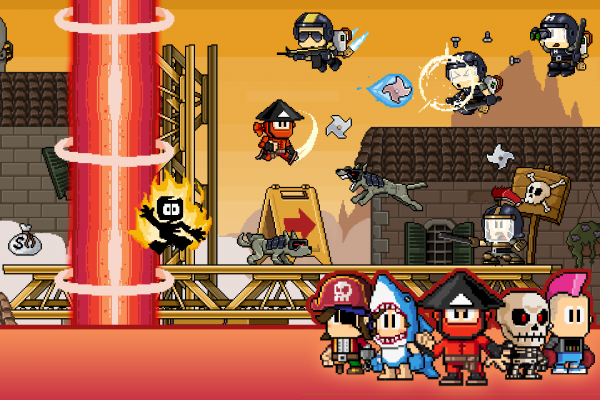 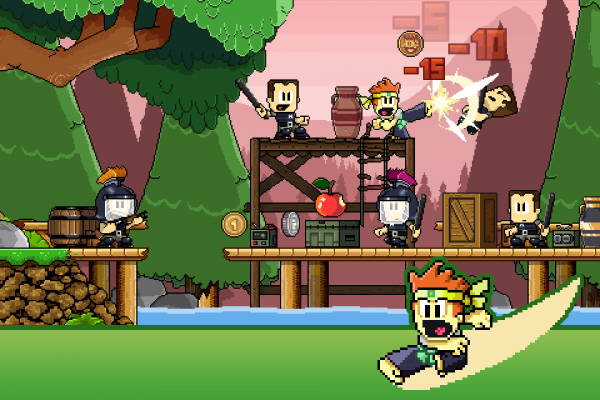 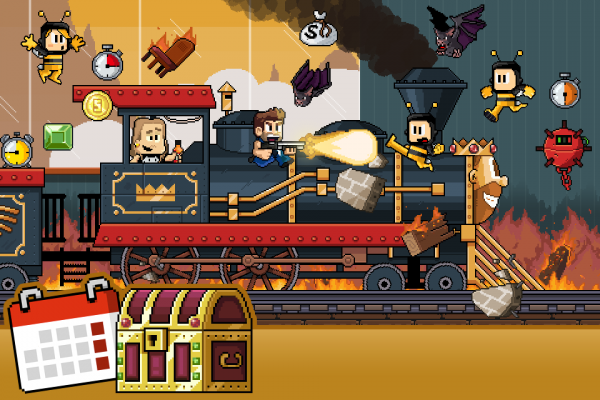 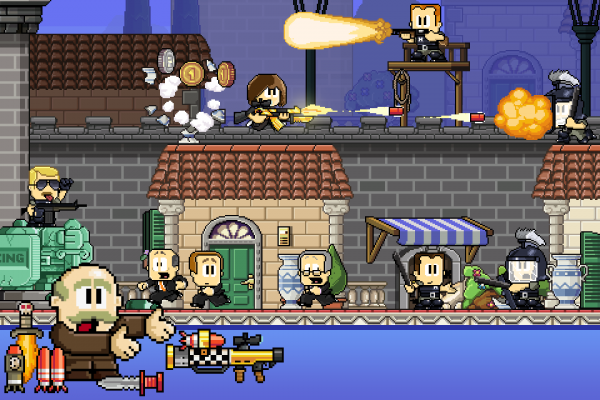 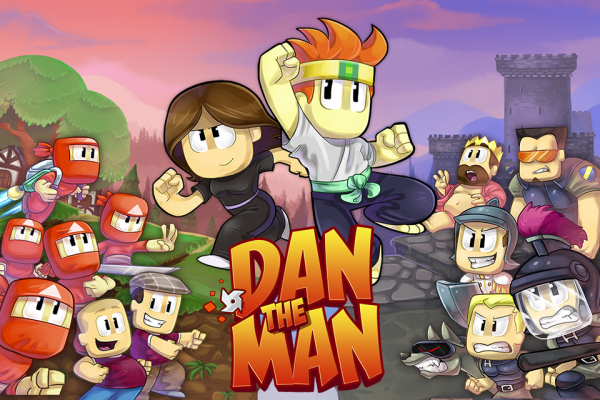