You are using an outdated browser. Please upgrade your browser to improve your experience.
by Christine Chan
July 21, 2016 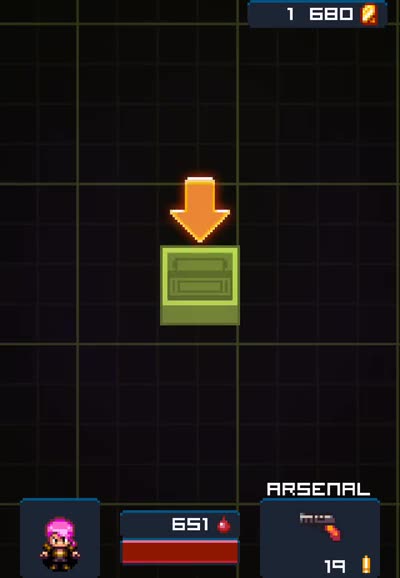 Dead Shell: Roguelike RPG ($2.99) by HeroCraft Ltd. is a challenging labyrinth dungeon crawler that will keep you busy for a long time thanks to completely random procedurally generated dungeons. If you enjoy dark sci-fi themes and like a challenging RPG with some roguelike elements, then look no further than Dead Shell.

As an avid gamer mostly since my high school days, I found that one of my favorite genres of games were RPGs. I loved in-depth storylines, character development, and surprising plot twists. But as I grew older, I started to realize that lack of time with a busy schedule contributed to dwindling interest in most RPGs, though I still pick up a few that I’m really interested in. But then roguelikes became a popular thing several years ago, and once I discovered them, I was hooked. These let me sate my RPG craving without requiring hours and hours of my life poured into them, and yet I was still having a ton of fun. They’re perfect for pint-sized gaming sessions, and that’s why I had to check out Dead Shell: Roguelike RPG when I saw it hit the App Store. 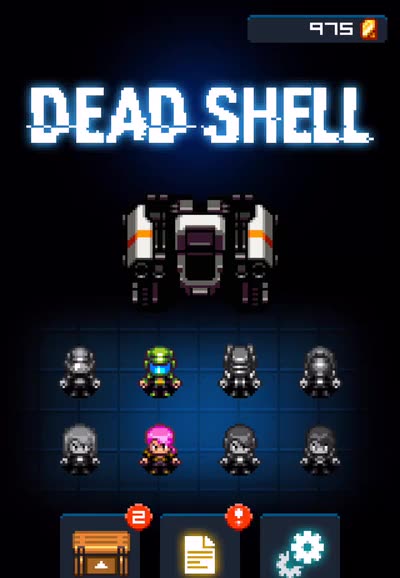 In terms of visuals, Dead Shell is a great blast from the past. I grew up with all of those pixelated 8-bit and 16-bit games, so I’m loving the art style of Dead Shell, even though it doesn’t quite match up with the game’s non-pixelated icon. Despite the style, I found all of the character models used in the game to be highly detailed and distinctive enough from each other that you can easily tell what everything is, rather than get confused by similar-looking monsters. The varying environments of this post-apocalyptic world are filled with great detail and textures, and the bright colors of various machinery, items, and other objects contrast nicely with the dark and gloomy setting. Animations are fairly smooth and fluid, and there is a captivating, atmospheric soundtrack and the game is complete with chiptune sound effects. In terms of the visual and audio department, I say HeroCraft has a winner.

Dead Shell features a post-apocalyptic environment that becomes the battlegrounds of a group of assault mercenaries and hellish beasts. The main objective is to help get the mercenaries to Plutonia, which is a human settlement on a Doom–4 class planet, though it has been a week since the mercenaries last heard anything from them. This means that the game is level-based, but it will never be the same experience for two players because of the procedural nature of stage generation.

Before you start a level, the game will always give you a random location to navigate, and there’s a slot system to determine the enemies that you’ll be facing off against. Though the random rolling is part of the fun, sometimes it means enemies that are too tough for your current level, so there is an option to re-roll for 10 credits, which are found in abundance as you play. Even if you don’t die during a dungeon run, you’ll go through the random level generator each time before moving on. If you do die, you can just pick up on the last stage that you reached.

The controls in Dead Shell are easy enough for anyone to pick up. In fact, it even reminds me a bit of the Dungelot games, which isn’t a bad thing, though it’s not exactly the same Minesweeper-like gameplay. Each randomly generated dungeon level will feature rooms for you to “explore.” You’ll find enemies, remaining corpses, and even crates or ammo stops scattered throughout, and you can just use your finger to pan the level around so you can see more. However, the exit for that level will be hidden, and the only way to progress to find it for completion is to attack enemies. To do this, just tap on the enemy you want to fight — the number on the monster’s sprite shows you how many you’ll be fighting at once. You can also tap on the squares with items to collect them, and corpses and crates hold useful items, so tap on them to gather those up as well. 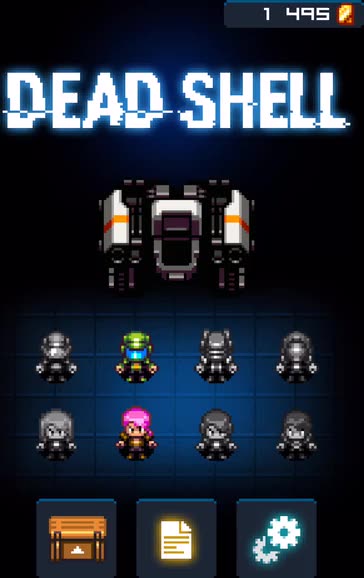 During the combat sequences, you’ll see the enemies displayed in bars in the top part of the screen, while you see your character’s avatar, health, and weapon in the bottom portion. To attack a foe, just tap on their bar — each time you attack, they will be able to attack you too. Icons on enemy bars also indicate what they’re capable of as well, such as poison from spiders, high defense, ability to freeze you, and more. If your ranged weapon is out of ammo, but you found some ammo packs along the way, just tap on the gun to refill it. Otherwise, you’ll switch your a standard knife mêlée attack, which works okay, but does much less damage, resulting in you taking more damage too. When the box surrounding your mercenary is filled with orange, you can tap on it to use a special ability, and then refill the gauge by killing more monsters.

After each successful battle encounter, you have the opportunity to receive loot afterwards, which include items like health refills, ammo, and more credits. Completing the level nets you one reward, which you can choose after you pick a randomized card. To keep things even more interesting, the game has quests for you to complete, such as “Kill 20 monsters,” which net you rewards upon completion.

The prizes usually include a loot box, along with some small items that you can use for the next level, but it’s important to strive for the box when trying to choose a reward. This is because the boxes contain cards of new mercenaries for your team, as well as brand new weapons for your arsenal. And the credits you find can also be used to upgrade your mercenaries, such as increasing their health or damage, and even finding more items in the dungeons. It’s important to upgrade your mercenary friends, because each one has their own unique talents and traits.

I only downloaded Dead Shell this morning and gave it a spin for a while, but so far I’m enjoying it. I’m always a fan of the pixel art style, and the music is rather fun and catchy. Personally, I like the fact that the game is a roguelike RPG but is level-based with an always-different dungeon for each stage, but doesn’t force you to start over from the very beginning if you die. Sometimes that part of roguelikes gets frustrating, so I think Dead Shell is a bit more lenient on that aspect, making it a bit more friendly for everyone in terms of gameplay. It’s also great that you see the progress for all of your mercenaries as you upgrade them, so all of the time and credits spent is not a complete waste. The only improvement the game could use is a more clear-cut explanation of how some game elements work, like items, because you kind of just get thrown into the action. Perhaps this can be amended in a future update.

I recommend giving Dead Shell a try if you enjoy the genre and want something that is not so punishing. You can find Dead Shell: Roguelike RPG on the App Store as a universal download for your iPhone and iPad for just $2.99. There are no in-app purchases. 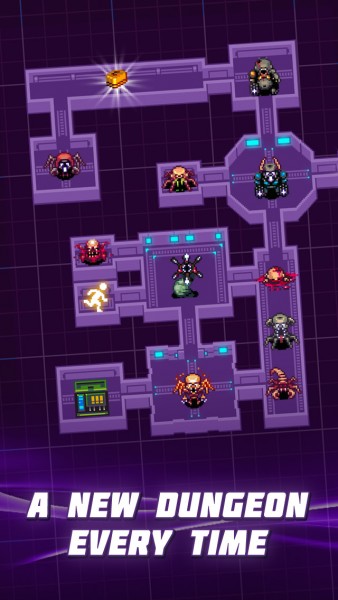 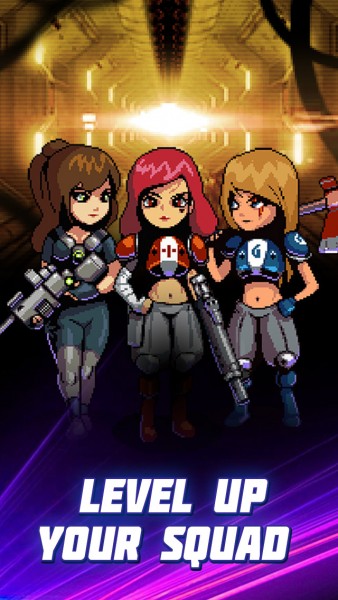 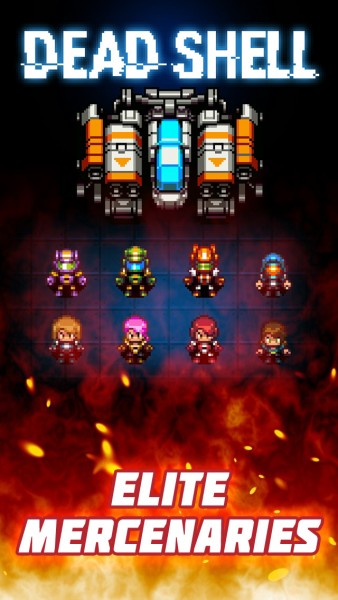 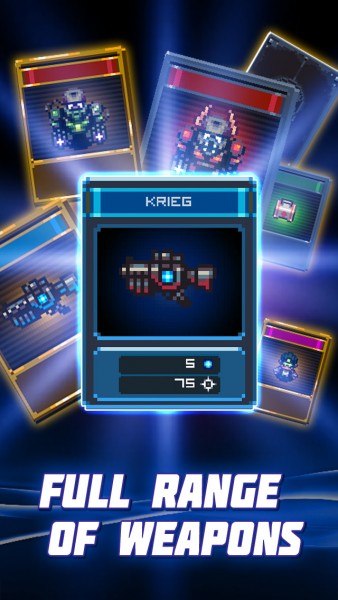 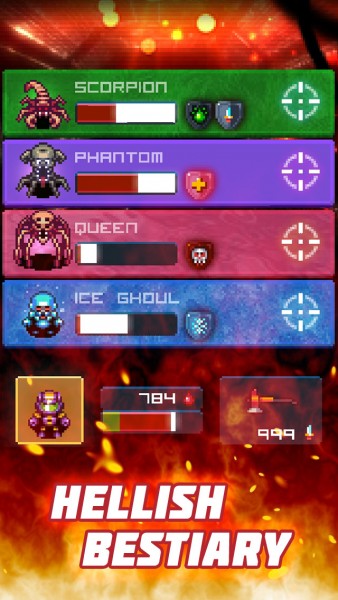