You are using an outdated browser. Please upgrade your browser to improve your experience.
by Christine Chan
August 17, 2016 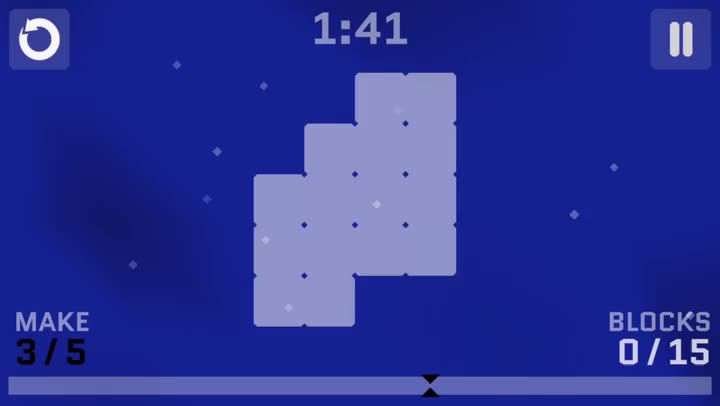 Diffission ($2.99) by Filament Games is a mathematical puzzle game that is both educational and fun at the same time — yes, that is entirely possible. If you enjoyed other games like The Mesh and Noda, then you will get a kick out of Diffission as well. Be warned — the game involves good old fractions.

I’ve never been a real big fan of math in general, but I managed to do well enough in all of the different math classes that I took back in high school and college many years ago. Despite that, I still didn’t like it, because I found it somewhat boring and not fun. But nowadays we are in an age where anything can be turned into something fun, which is a great thing if you think about it. Fractions were also the bane of my existence in math classes, and I’m rather rusty on them since so much time has passed since I had to deal with fractions. But I can’t resist a good looking puzzle game, so I had to give Diffission a spin when I saw it on the App Store, even though I honestly had no idea it was a math theme at first. I’m glad I tried it out, because I’m not disappointed with the quality of the game itself. 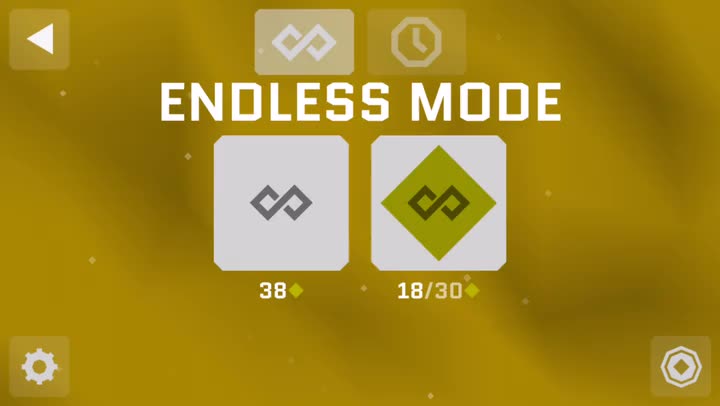 Visually, Diffission is beautiful with the simple and clean minimalistic graphics. The game is flat with basic shapes and structures floating on top of a colored, subtly animated backdrop that gradually changes colors over time. It’s rather hypnotic and relaxing, so it does have the effect of helping you focus on the fractions that the game revolves around. Animations are smooth and fluid as you break the shapes down, and the game is fairly responsive overall. The ambient, atmospheric music is definitely soothing, and helps put your mind at ease while you play. Filament Games definitely made something great in terms of visuals and audio with this game, so props to them.

Diffission is a puzzle game with two modes: Endless and Challenge. On the first launch, you’ll go through a short tutorial that shows you the ropes before you get the full Endless mode available to you, and it’s important to read through the introduction, because otherwise you’ll be a bit lost. Endless mode lets players play at their own pace, just solving the puzzles with no end goal in mind. Challenge gives you a set amount of time and you must reach a specific goal (number of diamonds) so it counts as your score. Each time you solve a puzzle, you can either add to the diamond goal or add more time to the clock. It’s a bit more frantic and faster pace than Endless, because time is of the essence.

The diamonds that you collect from solving these puzzles will unlock different types of blocks. Getting more block types opens up a new set of puzzles for you to solve in each mode, and you continue this process until all possible blocks have been uncovered. For example, you’ll eventually unlock the dissolving block, which disappears once you highlight it. This can be used to your advantage to get rid of other blocks, or you can just isolate the dissolving blocks to make life easier, but leaving these special blocks behind nets you more diamonds for more blocks later on. The mechanics that get introduced with each new block type keeps things fresh and interesting, since it adds an entire new layer of depth to the game’s core gameplay. 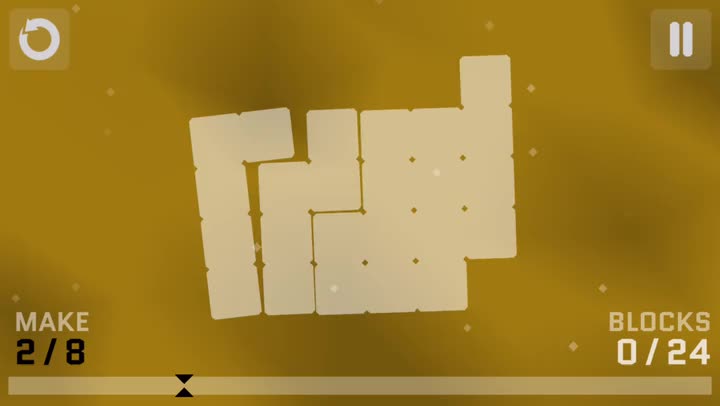 The gameplay is a bit confusing at first, but you quickly get used to it. Your goal is displayed in the bottom left corner, and it’s a fraction. The total number of blocks that make up the shape or structure is shown in the bottom right. To make the objective, you’ll have to cut down the shape into equal pieces. This is done by slicing them with your finger, in Fruit Ninja fashion. To make more precise and specific cuts (some shapes need to be broken down into certain pieces to be equal), just drag your finger slowly along the edges of the squares you want to breakaway from the rest. Once things are broken down into equal pieces, tap on them to highlight them until you’ve selected enough to match the fraction goal.

While the game starts out easy enough, things get trickier as you go, since you’ll deal with a larger number of squares to break down, as well as more block types and more complex fractions. And with Challenge Mode, you have to be fast and find solutions quickly in order to get the best score. Out of the various mathematical puzzle games I’ve played so far, Diffission is the hardest of them all, but that’s a good thing. Fractions are something we don’t think about too much, and we forget that sometimes it’s important. This game is making me think pretty hard about fractions again and it’s fun rather than boring.

While I am not too far in the game, I’m finding Diffission enjoyable, despite being an educational game. The minimalist visuals are nice to look at, the music and sounds are tranquil and calming, and the gameplay itself is challenging and truly makes you think. The only improvements that could make the game even better are more game modes (perhaps puzzle mode with one solution) and blocks. But no matter how you look at it, Diffission is a fun game with a lot of replay value due to the procedurally generated nature of the puzzles.

I recommend giving Diffission a try if you don’t mind fractions (or want to brush up on them) and want a challenging puzzle game. You can find Diffission on the App Store as a universal download for your iPhone and iPad for just $2.99. There are no in-app purchases. 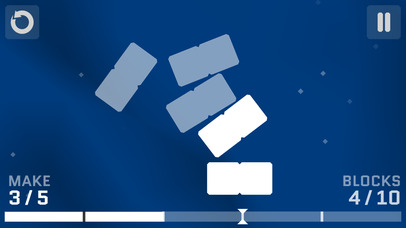 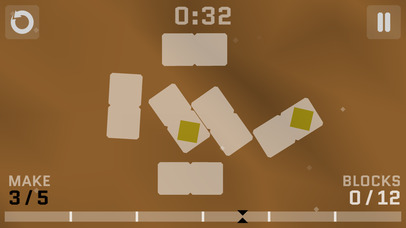 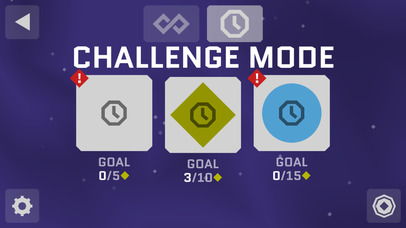 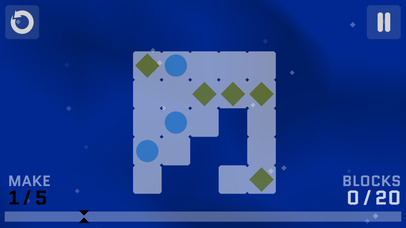 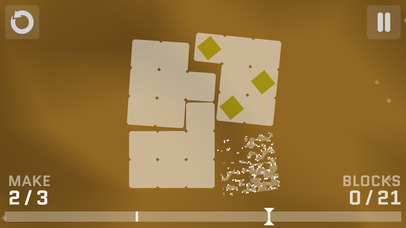