You are using an outdated browser. Please upgrade your browser to improve your experience.
by Christine Chan
June 1, 2016 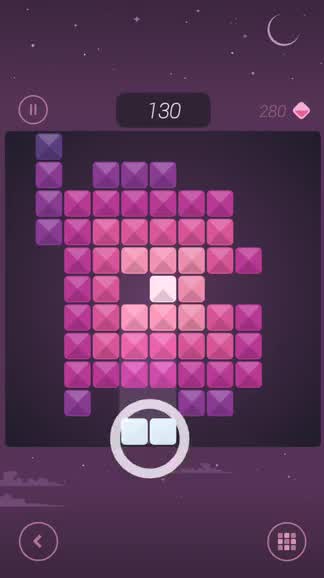 Eklips ($1.99) by Umut Dervis is a completely different take on the classic Tetris game. If you grew up on Tetris and still love the gameplay, but want something that’s new and refreshing, then Eklips is certainly worth taking a look at, especially if you’re a puzzle game fan.

I was born in the ‘80s, and one of my earliest memories is playing Tetris for hours on my first computer, which was an IBM that ran MS DOS. I remember that whenever I was bored at home or just given some computer time, Tetris was one of the first things I went to (that or Solitaire). I grew up with the game, and I even purchased several new versions of it for my handheld systems when I was younger. However, as time went on, even though Tetris is a classic, the overall gameplay is the same, despite different modes being added to new versions and whatnot. But when I saw Eklips on the App Store last night, I was intrigued, because it had the familiar tetromino shapes. I downloaded it quickly and so far am loving what the game offers, although there is some room for improvement. 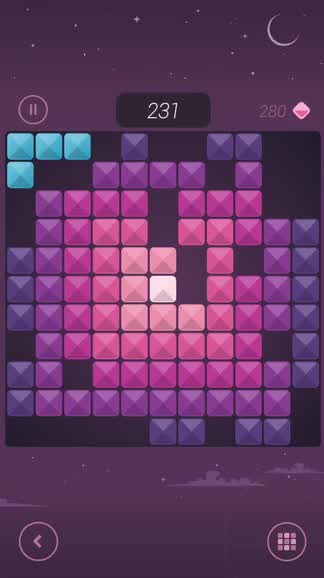 Visually, Eklips is rather simple and clean, carrying a minimalistic aesthetic that is still gorgeous to behold. The game features a dark-toned purple background that is dotted with white to symbolize stars, and there are even some slim clouds and a thin, crescent-shaped moon up towards the top. It’s rather soothing, which is fitting considering that this is a puzzle game. The game pieces themselves are colored blue when they first appear, but as you set them on the board, they solidify and become hues of pink and purple to match the backdrop. And while there is an overall sense of flatness to the graphics, you can even access a toggle during games to change it from showing one chunk to multiple chunks or give everything a top-of-the-pyramid style look. Animations are pretty smooth and fluid, and the game has a relaxing white-noise soundtrack that will definitely help you unwind as you rack up as many points as you can. Overall, the developer has done an excellent job in the visual and audio department for Eklips.

There are two game modes in Eklips: Normal and Hard. Regardless of the mode you choose, you play endlessly until there is no more space on the board. The goal is to drop the game pieces on the board so that they create a square around the center tile. So if you’re familiar with Tetris, think of it like you’re creating squares rather than lines, because that is what the game is all about. You score points for completing a full square around the center, though more points are awarded as the square is larger. You can also get more points if you get consecutive squares with one move, so it’s a good idea to plan strategically. Each time you complete a square and it’s cleared out, the rest of the blocks gravitate towards the center.

Controls in Eklips are simple enough to understand, but I found that it could be too sensitive and hard to control at times. When each game piece shows up on the board, you drag it around the perimeter of the board with your finger. The position of the piece will change depending on the side of the board that it is on, but you cannot rotate it manually like in Tetris. Because of this limitation, things can get pretty tricky during the game, since you have to line it up to where you want to go. To make things a bit easier, the piece has a shadow that tells you where it will end up, so the chances of wrong placement are reduced. If you notice a mistake, you can undo one move with the button in the bottom left corner. 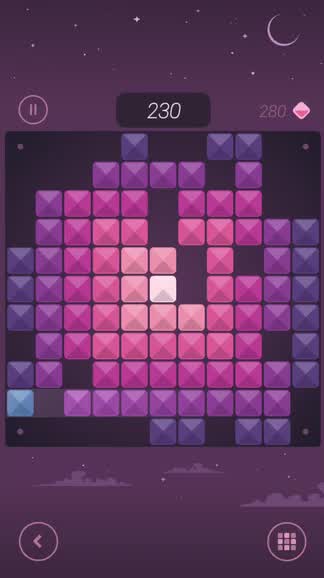 While the controls work, I found that it can be frustrating at times. This is because the sensitivity cannot be adjusted, and sometimes I found it hard to get the piece in the spot that I wanted, as it would be one square off or something like that. I’m also not a fan of how the game does not give you the option to have a preview of the next piece, as Tetris would provide, and only reveals the next piece after you’re out of space on the grid.

I’ve only been playing Eklips for a short while, but so far, despite the flaws in control scheme, I find the game to be rather enjoyable. The game looks beautiful and the music is perfect for unwinding after a long day, and the unique gameplay makes it stand out from the rest. It should be familiar to anyone who plays Tetris, but it is different enough to be its own thing. I just hope that the controls get optimized in a future update, and options to show piece preview would be nice to contemplate. Still, Eklips is a fun puzzle game that you’ll keep coming back to.

I recommend giving Eklips a try for yourself, especially if you enjoy Tetris or strategy puzzle games in general. Eklips is on the App Store as a universal download for your iPhone and iPad for $1.99. There are no in-app purchases. 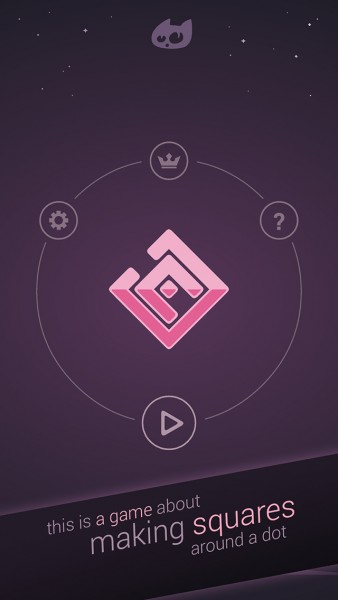 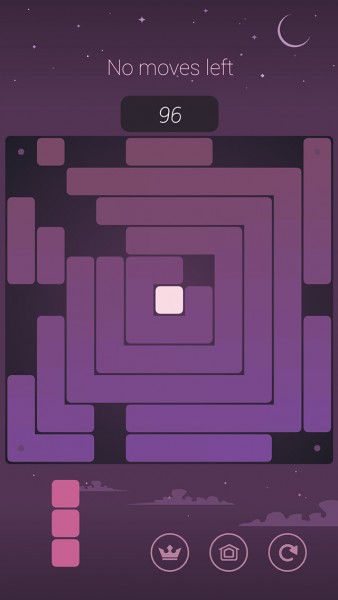 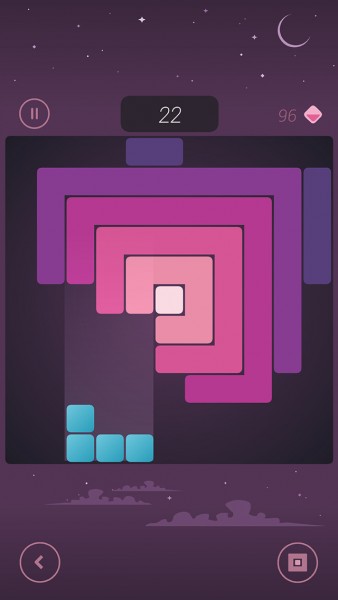 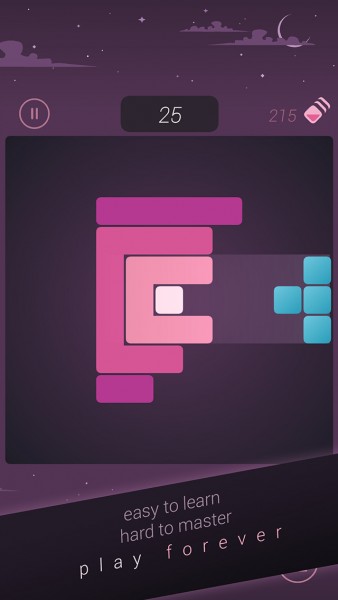 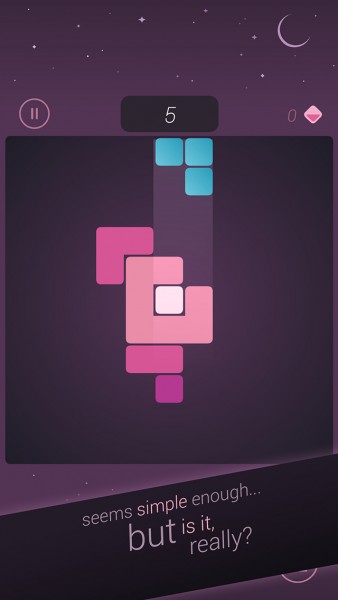