You are using an outdated browser. Please upgrade your browser to improve your experience.
by Christine Chan
March 29, 2017 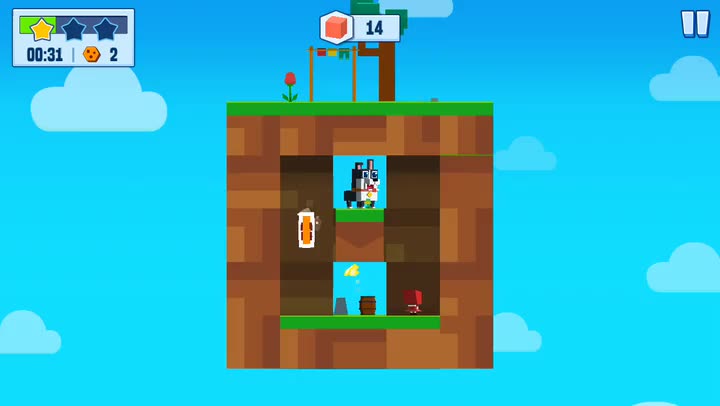 Ellie & Max ($1.99) by Appetizer Games Co., Ltd. is an adorable puzzle game about a girl and her best friend. If you enjoyed games in the vein of Monument Valley and Fez, then you will like what Ellie & Max have to offer.

While most of my gaming time is spent on my Nintendo Switch with The Legend of Zelda Breath of the Wild these days, every now and then I like to take a break from Hyrule and kick back with some iOS games. If you’ve followed my work here at AppAdvice for the past several years, then you will know that puzzle games are one of my favorite genres. This is because while I like to relax, I prefer to keep my brain stimulated with something that is both fun and challenging. Even though it feels like I’ve played almost every well-known puzzle game on iOS so far, I can’t help but keep my eye out on new releases. When I saw Ellie & Max on the App Store, I was intrigued by the screenshots, which reminded me of my brief time with Fez. Needless to say, if you’re a fan of optical illusion puzzle games, then Ellie & Max is one that is worth checking out. 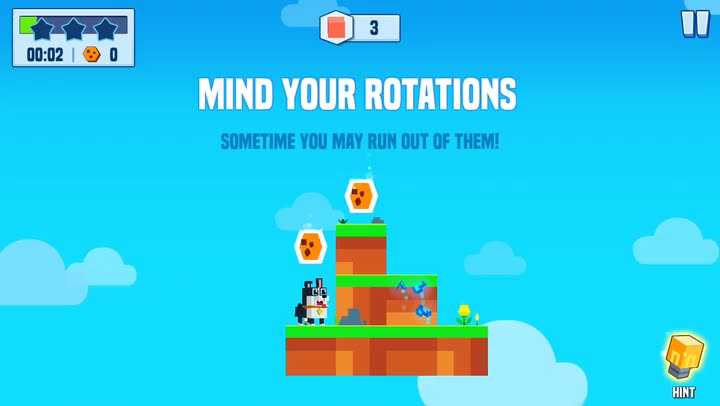 Visually speaking, Ellie & Max is beautiful and fun to look at. The game is rendered in both 2-D and 3-D since it makes use of optical illusions to change perspectives, just like Monument Valley. Everything is rendered in an isometric, voxel style like Minecraft, so the aesthetic is both retro (think 8-bit) and modern at the same time. Despite the cube-like visuals, the game manages to pack in a lot of finer details, such as environmental textures and appearances of every character (more to unlock later). The color palette in Ellie & Max features a nice mix of both soft pastel hues and bolder, more vibrant tones. Characters have lively body language that breath life into the game, and animations are smooth and fluid so I had no issues with lag on my iPhone 7. The game also has a quirky soundtrack that just adds to the overall charm of the game, and the sound effects are fun to listen to as you successfully complete the puzzle one step at-a-time. I think the developers did a pretty good job in terms of Ellie & Max’s visual and audio design.

Like other puzzle games, Ellie & Max is level-based, and players must go through each stage in chronological order, so it’s fairly linear. At the moment, there are over 80 levels, so there’s plenty of content for your buck, and more will be added in the future.

The game has a pretty generic storyline going, which involves a girl named Ellie, and her pet dog Max, who both get lost and separated from each other in a strange and mysterious world. The objective of each puzzle is to help Max find Ellie, who’s hidden somewhere on the stage, and then reach the goal point (marked by glowing butterflies) together. While it sounds easy enough, things get challenging when you take into consideration the ever-changing perspectives of the stage, as well as the fact that you only have a limited number of spins in order to successfully clear it. If you ever get stuck, though, the game does have a helpful hint system that shows you what you need to do for the part that you’re having trouble with. Your score and number of stars earned (up to three) are purely dependent on the number of moves you make as well as how many cookies you collect.

Controls in Ellie & Max are simple and fairly intuitive. To direct Max, just tap on where you want him to go. Max will go there if he is able to, and he can jump up one block automatically, but he cannot go upwards more than one block. He can jump down more than one block, though, so don’t be afraid of dropping down a few blocks. Since Ellie & Max is dependent on shifting the view and changing perspectives, you rotate the stage by dragging your finger horizontally across the screen. The stage will “snap” into place once you release your finger. 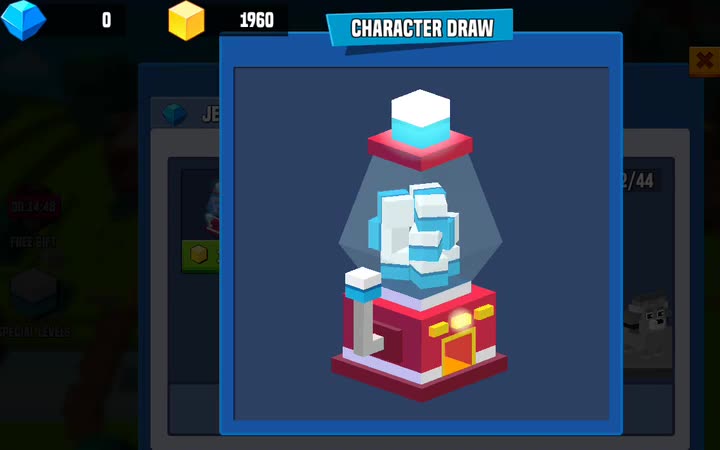 Unlike other games, your movement is not limited to the number of times that Max actually moves, per say, but the amount of times you spin the stage. The number of spins allowed is shown at the top of the screen, and it will decrease by one each time you rotate the screen, so try to be conservative with those spins. Another thing to keep in mind is the fact that Max must be visible after each spin, otherwise it is considered invalid. Sometimes you will have to rotate the stage a few times before you see what you have to do, because each shift can change the stage subtly or dramatically. While you may see the end point early on, nothing will happen when you go to it unless you have Ellie with you. To make things more interesting, some levels will also be separated into several parts, so once you get to the checkpoint of one section, the next section reveals itself.

After a certain point in the game, you will unlock “Hard Mode” that can be selected for every stage. This means that the location of each character will be different each time, so the solution you memorized before won’t work. This spices things up for each stage, which adds replay value. The game also has achievements to obtain, so there are goals to strive for if you’re into that. And if you’re a completionist, there are cookies to collect on each stage, which just help you earn three stars on the stage (along with using the fewest number of spins possible). You also get coins (currency) and gems (premium currency) that can be spent to unlock new characters (100 gold coins for a random character), though they are purely for cosmetic purposes.

I’ve only just started Ellie & Max in recent days, but I’m enjoying the game so far. The game’s aesthetics remind me of Fez, which is not entirely a bad thing, considering that Fez is not on iOS. The visuals are definitely appealing with the isometric voxel style, and the music is delightful. The puzzles start off easy enough, but things pick up in difficulty at a nice, gradual pace, so it’s never overwhelming. Adding a hard mode that changes everything up keeps the game interesting, and gives you brand new opportunities to beat your previous high score.

I recommend giving Ellie & Max a try if you like shifting perspective puzzle games. You can find Ellie & Max on the App Store as a universal download for your iPhone and iPad for just $1.99. There are in-app purchases for gems. 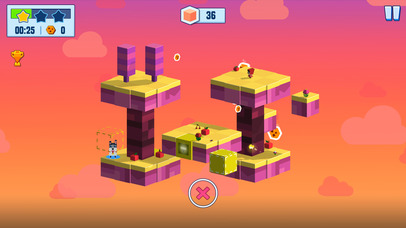 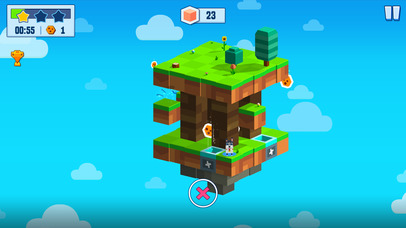 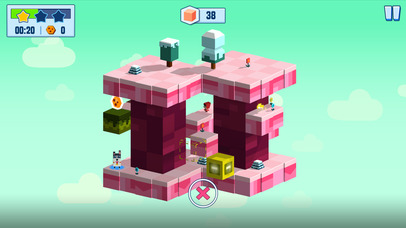 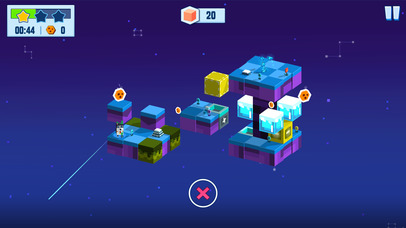