You are using an outdated browser. Please upgrade your browser to improve your experience.
by Christine Chan
November 2, 2015 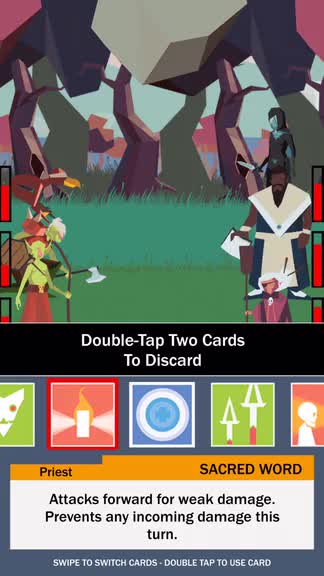 Five Card Quest - Tactical RPG Battles ($2.99) by Rocketcat LLC is a challenging new card-based RPG game from the guys who brought you Wayward Souls and Mage Guantlet. If you’re a fan of card battlers and RPGs, then Five Card Quest is worth checking out.

While I play a lot of games on my iPhone, one of my favorites is a good RPG that doesn’t require a lot of time to invest into to get some enjoyment from it. I like to call these bite-sized RPGs, and it’s even better when they have roguelike elements in it since I’ll never go through the same experience twice. A rising trend in mobile games lately has been card games, which is understandable given the incredible popularity of Hearthstone. Though I don’t think all games work with a card element in it, I think Rocketcat has done a pretty good job with Five Card Quest, making it fairly accessible for everyone. 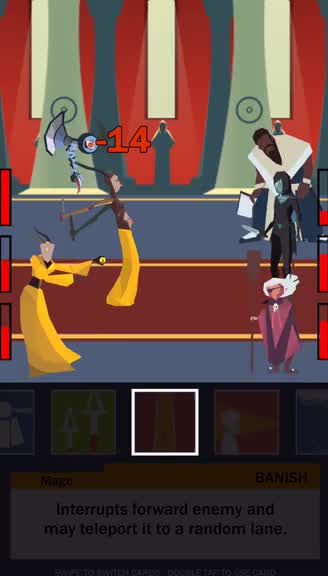 The graphics in Five Card Quest have a unique, rough geometric style that makes it stand out from Rocketcat’s other offerings. Instead of going with the beloved 16-bit visuals, Five Card Quest has a flat aesthetic that is similar to paper cutouts for all of the characters, including enemies. The backdrops are also rather simple, but done in a way that will still draw you into the game. Colors are rich and vibrant, and there are subtle shadows to give everything a bit more depth. Animations in the game are a bit slow though, making it feel laggy at times, even on my iPhone 6s Plus. The soundtrack has a suspenseful tone to it, making every battle feel that much more intense.

When you start a new game in Five Card Quest, there are two steps involved: picking your first two characters and then a group boon effect. There are five characters that you can choose from in Five Card Quest: Priest, Rogue, Archer, Guard, and Mage. Each one of these will have their own strengths and special skills that are useful in battle, so choose wisely. Along your journey, you can find heroes that need to be rescued, resulting in them joining your party. The “Boon” is a party-wide effect that you can pick for your journey, and these include things like increasing damage from everyone by 10 percent, or increasing the healing received from fountains, and more. You have to pick only one out of five options, so make sure to think about what you want before setting out. You may find more boon effects as you play, though.

During the game, players navigate through a series of connected rooms one-by-one by tapping the squares on the map. There are icons that represent what you can find in each room: a skull means there are enemies to fight, arrows mean a shrine of some kind, and there are random shops were you can purchase helpful items to use along the way. The coins that you need to buy items with can be obtained by overcoming foes in battles.

The combat system in Five Card Quest is pretty straightforward, though it does take a bit of planning and thinking ahead to come out successfully. Each fight has your party members on the right side of the screen and the enemies on the left, and there are three lanes. Along the bottom of the screen will be squares with various icons — these are the “cards” that determine the actions you can perform during the fight, and the cards that you get are based on the heroes that are in your party. Each one will do something different, so it’s important to read and understand your hand before you do anything, as mistakes can be costly in the game. To use a card, just double tap on it and the chosen character will perform the action. You get an advance warning of when an enemy is about to attack due to the stance that they go in, and this is when you have a chance to interrupt with any applicable cards and the correct positioning. 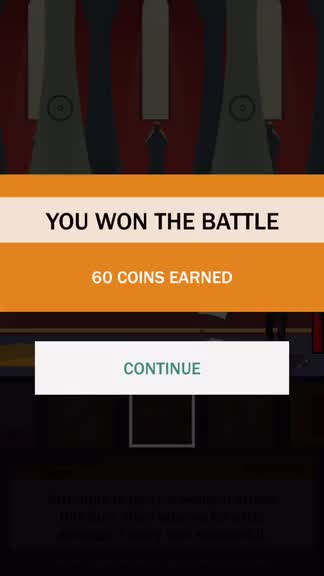 Like any other RPG, you will be victorious when you whittle down the opposing party’s health points to zero, but you also have to watch out for your own. Some battles will have more than three foes too, with the extra ones joining the fray after another one falls. Your health does not refill after each battle, so you have to be rather strategic to survive until you come across a healing fountain. If a battle looks grim, you can give up and run, which means starting a new game, though you’ll probably go through the same thing when your entire party falls.

Due to the roguelike element of the game, there is high replay value in Five Card Quest. To make it even more enticing, there are leaderboards for how many coins you have when you beat the Golden King, as well as a handful of achievements to obtain.

I’ve been playing Five Card Quest a lot over the weekend, and I find it rather enjoyable, despite the slow animations at times and fairly rough look. Still, the distinctive art style may appeal to others more, the adventurous music is fun to hear, controls are simple, and the gameplay itself is fairly challenging. This is a card RPG that will make you think about every move before you make them, and that’s always a good thing.

I recommend checking out Five Card Quest if you enjoy roguelikes, card battles, RPGs, or are just a fan of Rocketcat Games. Five Card Quest is available on the App Store for the iPhone, iPod touch, and iPad for $2.99. 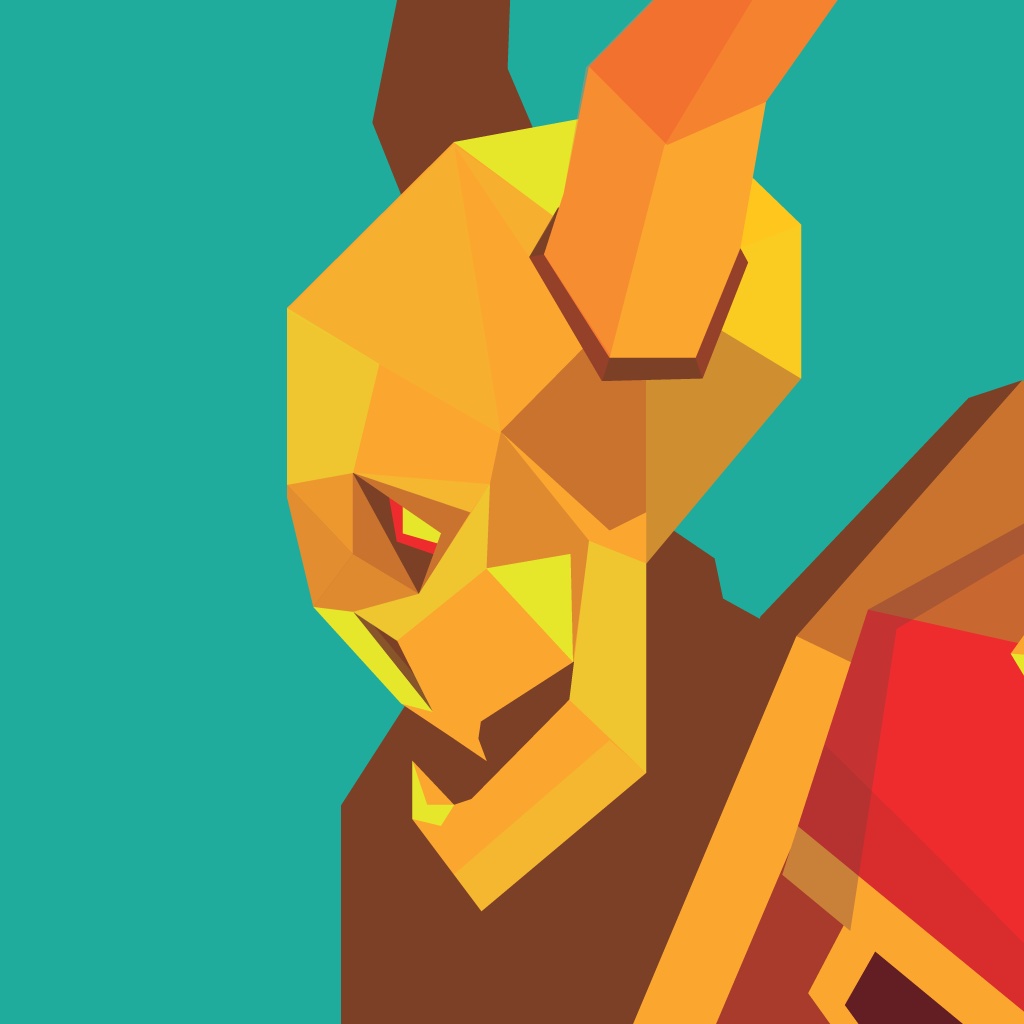 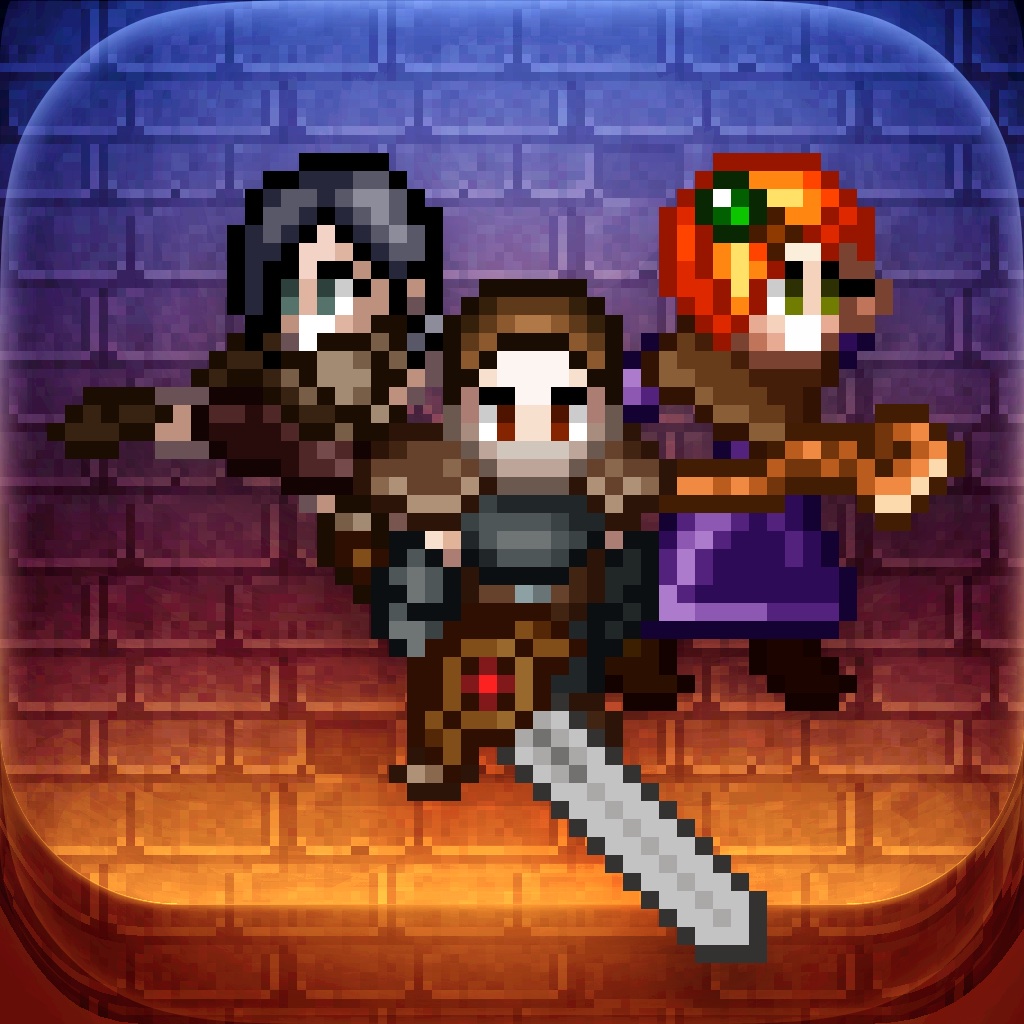 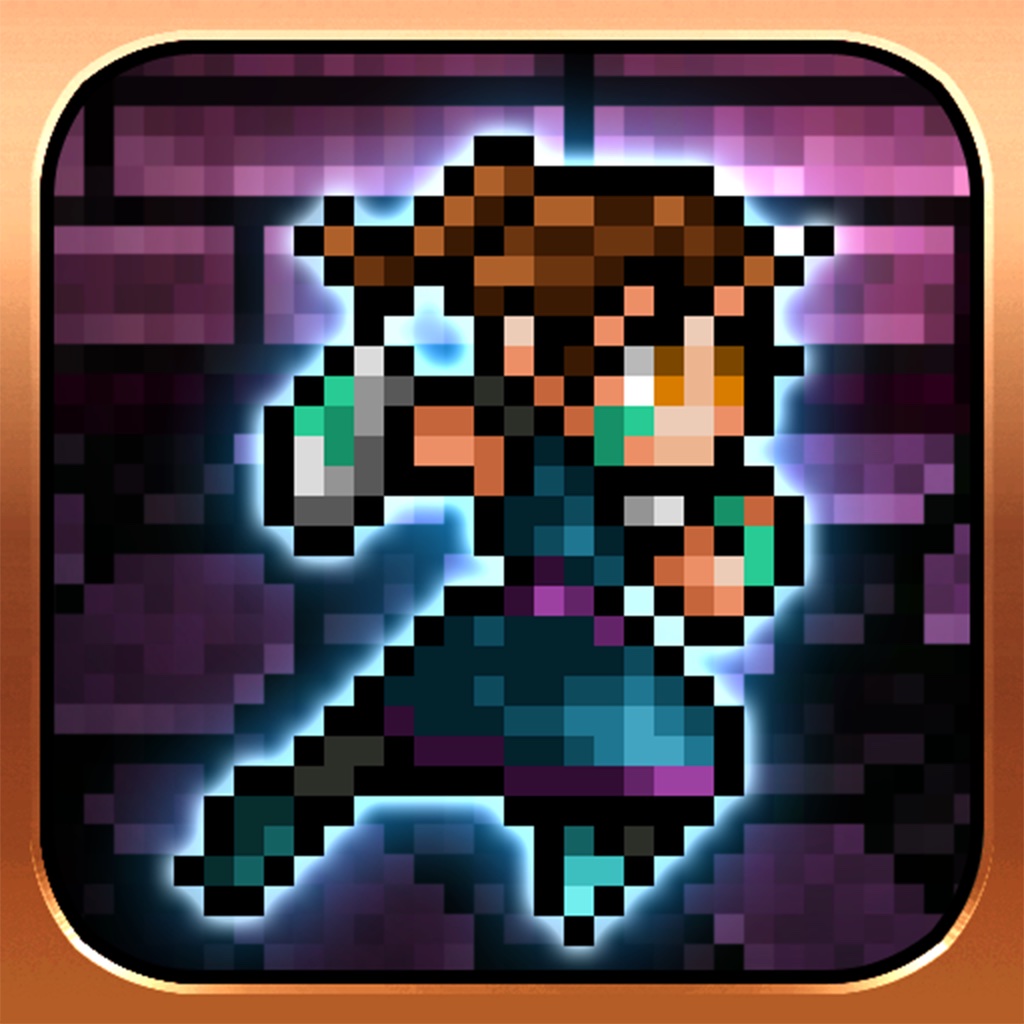 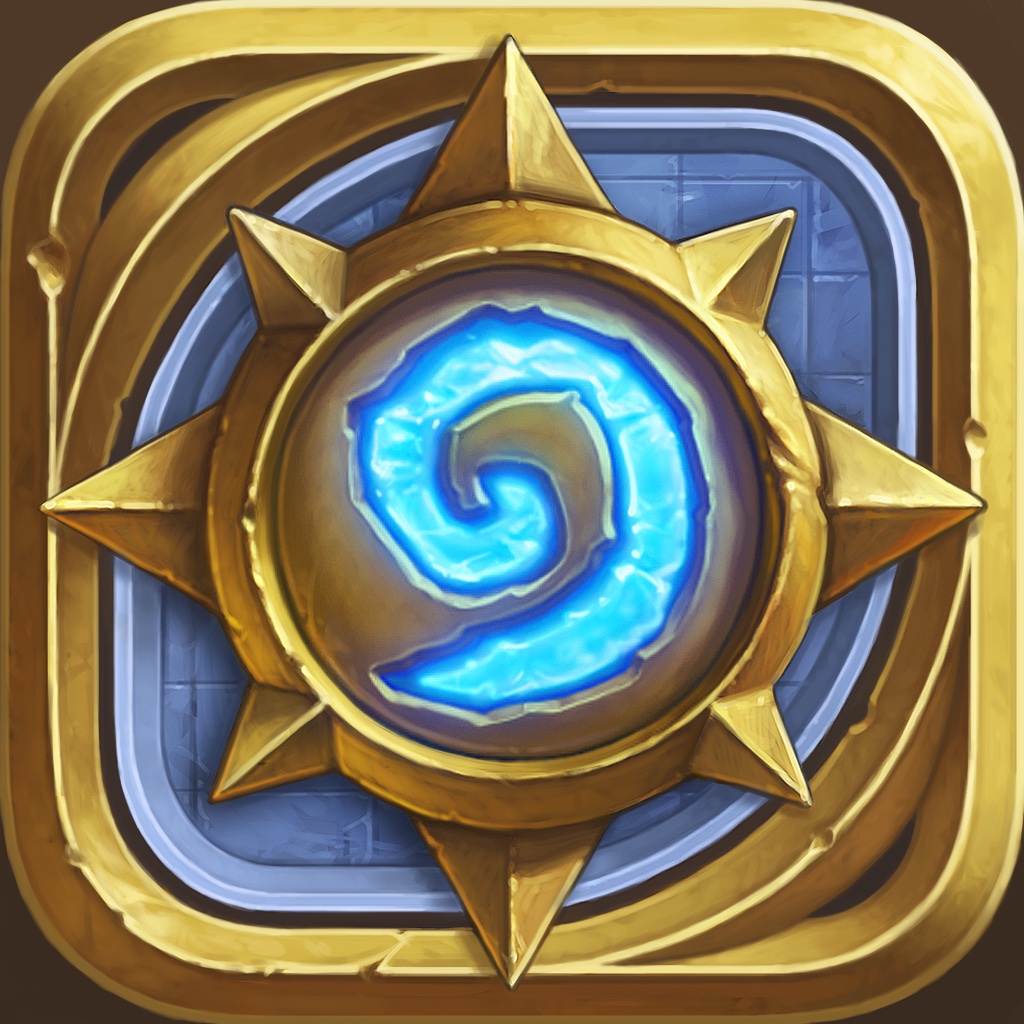 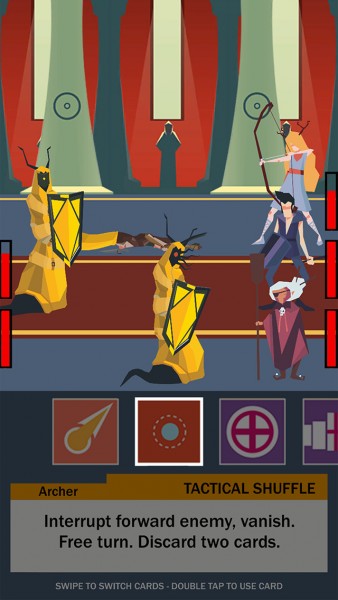 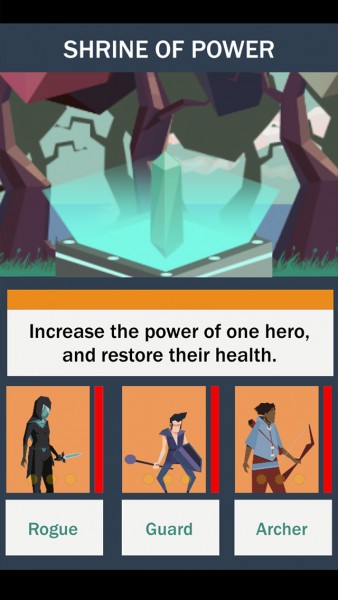 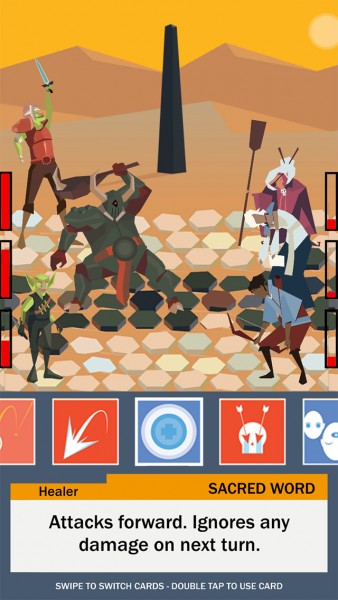 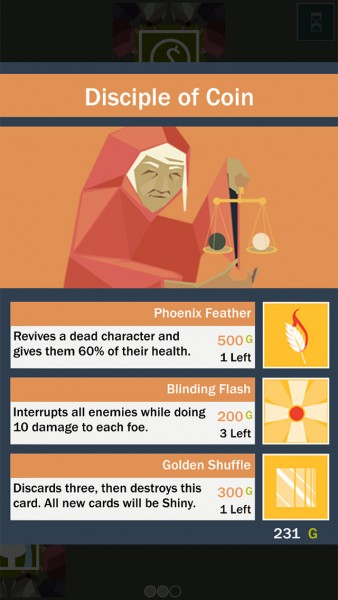 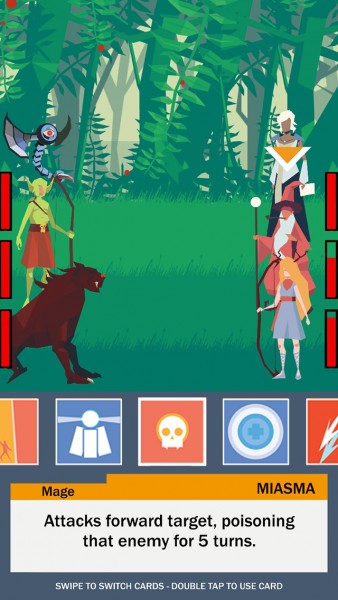