You are using an outdated browser. Please upgrade your browser to improve your experience.
by Christine Chan
June 12, 2013 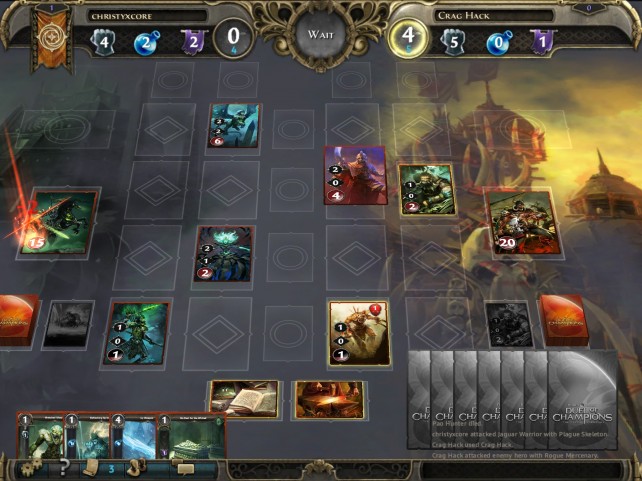 Might & Magic: Duel of Champions (Free) by Ubisoft is the card game version of the popular strategy and puzzle game, Might & Magic: Clash of Heroes.

If you were a fan of the original Clash of Heroes, but also enjoy trading card games like Magic: The Gathering, then this is the perfect match for you. People who have played TCGs before should be quick to pick up the game mechanics that are in M&MDoC, as it follows a pretty straightforward approach that is found in traditional games of the genre. Fortunately, even if you aren’t a frequent player of TCGs, M&MDoC has plenty of tutorial levels to show you the basics of the game. 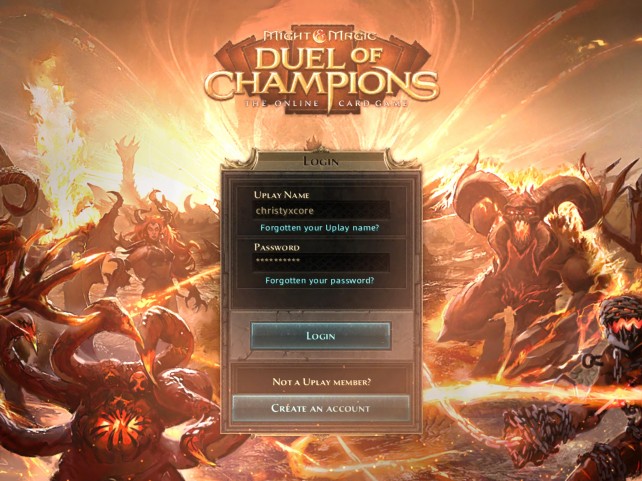 In order to play M&MDoC, you will need to create an account or log in. I found that the interface for this is kind of clunky, and I had run into multiple failed attempts when creating an account because of “failed” birthdate entry, even though I am pretty sure I entered it in properly. It eventually worked after I tried switching the month and day placements, which was annoying, as none of the fields for birthdate are labeled. So account creation is a bit clunky, and definitely needs some work. When you finally do get in the game, you will be asked to choose your hero, who will come with a preset deck for you to use, and determine your starting level and health.

The graphics in the game are pretty good, though I found the text in the tip and dialogue boxes to be a bit small at times. However, the details on the cards themselves, as well as the various visual elements in the game are pretty spot on. It definitely gave me a bit of a MtG feel as I played. Everything is also laid out pretty well, with the various menu options available at the top and bottom edges.

Just like in Clash of Heroes, you will always have one half of the screen for your hero, this time being the left. Your Hero card will always be present, and have a set amount of health points. The deck is found near the bottom of the screen, with the graveyard adjacent to it, and the cards in your current hand will be shown underneath them both. The battlefield itself will consist of two rows of four spaces each, along with a third, shared row for ongoing spells.

The gameplay is actually pretty simple, though it is a test of skill and strategy, of course. It’s turn based, with the starting player chosen randomly. You have the option to mulligan if you do not like your starting hand, but make sure you take a glance at the cards before doing so.

Playing cards is as easy as tapping the one you want, and then tapping the spot you want to place it in. M&MDoC will show you what you are able to play in green, while cards you can’t play just yet are in red. This is determined by your current Might and Magic levels, which are indicated at the top, as well as how many “resources” (aka moves) you have remaining for the turn. Some abilities, like attacking with certain units, will require resources. Conjuring up your army of units, spells, and fortunes will all cost a certain level of might or magic, which you can raise one-at-a-time on each turn, or draw an extra card if necessary, by tapping on your Hero card. 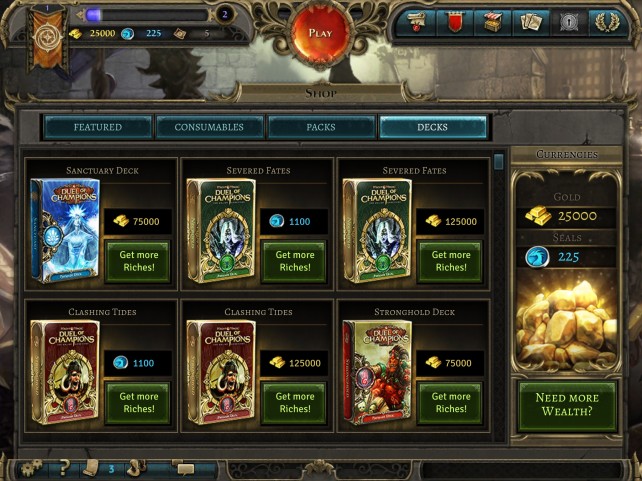 At any time, if you want to view the full details of a card before playing it, just double-tap it. Units can only attack the opposing Hero if there are no opponent controlled units in front of them — otherwise, your units will need to get rid of these troublesome cards first before hurting the opponent’s health points. The objective, of course, is to get your opponent down to zero health points before they do the same to you.

There are plenty of battles awaiting you in the Might & Magic universe, as you can see from the various areas of the world map, which then dive into various level sets of increasing difficulty. Or, if you’d prefer to play against an actual person rather than the AI, an online multiplayer function awaits.

After each victory, you will earn gold, seals, and experience. The gold and seals can be spent in the shop to purchase more decks or booster packs of cards, though I found them to be rather expensive. There is a lot of grinding involved in order to customize and build a strong deck, as it is in every other TCG out there. If you don’t have the patience for earning all of that gold and seals, you can purchase them through in-app purchases. I like the fact that the game does allow you to earn the currency for buying more cards, rather than making it so that you actually have to spend real money to get better.

M&MDoC does have achievements and leaderboards, however, they are done through Ubisoft’s own servers (with your M&MDoC account), rather than through Game Center. This is definitely a bit annoying, but not a complete deal breaker. At least they’re there, right?

Overall, I am finding M&MDoC to be a decent card game for the iPad. The gameplay itself is easy to learn, yet challenging, just like the original Clash of Heroes. The visuals look good, the music is pretty immersive, and there are a lot of cards to obtain with in-game currency, not real money (but real money can get you more in-game currency). I just wish that the game didn’t require you to be online all the time (you need to sign in to your account even for single player), and had a smoother account creation process, because at the moment, it sucks.

You can get Might & Magic: Duel of Champions in the App Store for your iPad only for free. 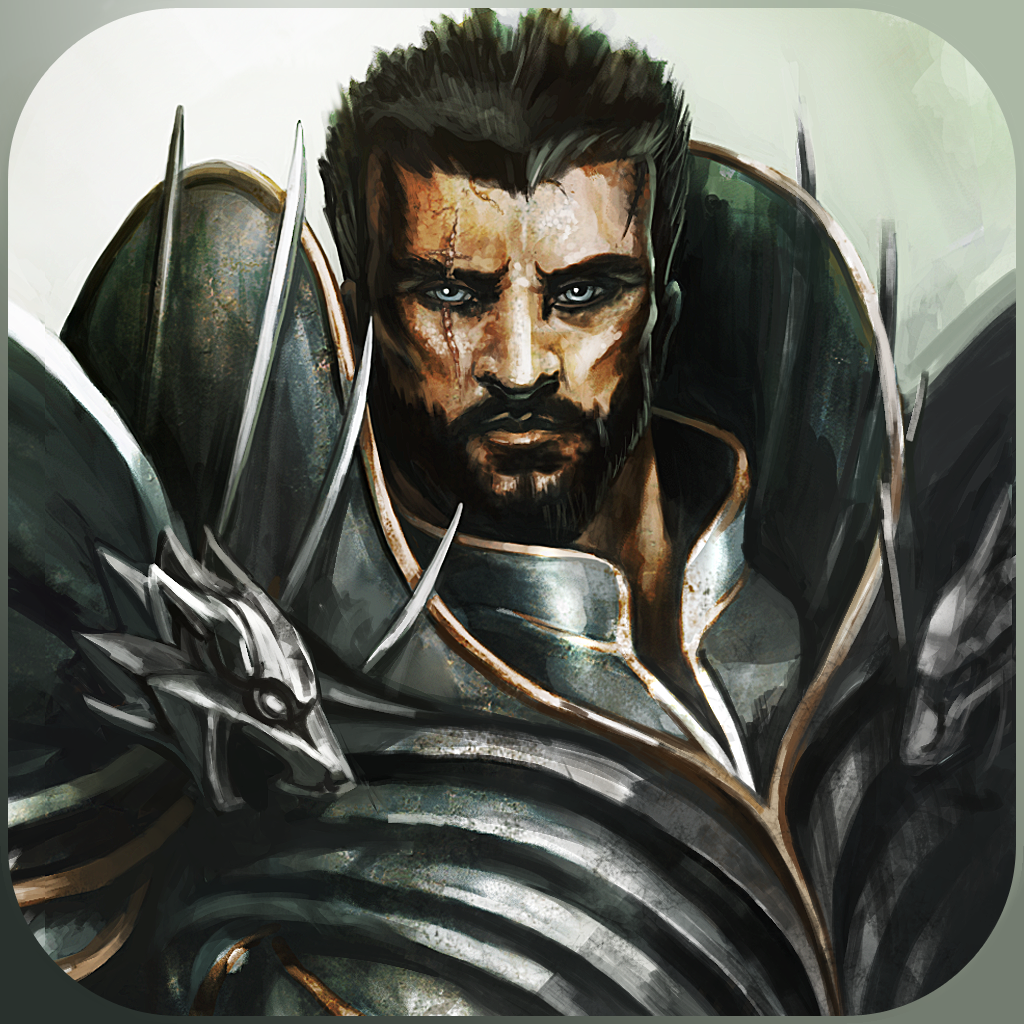 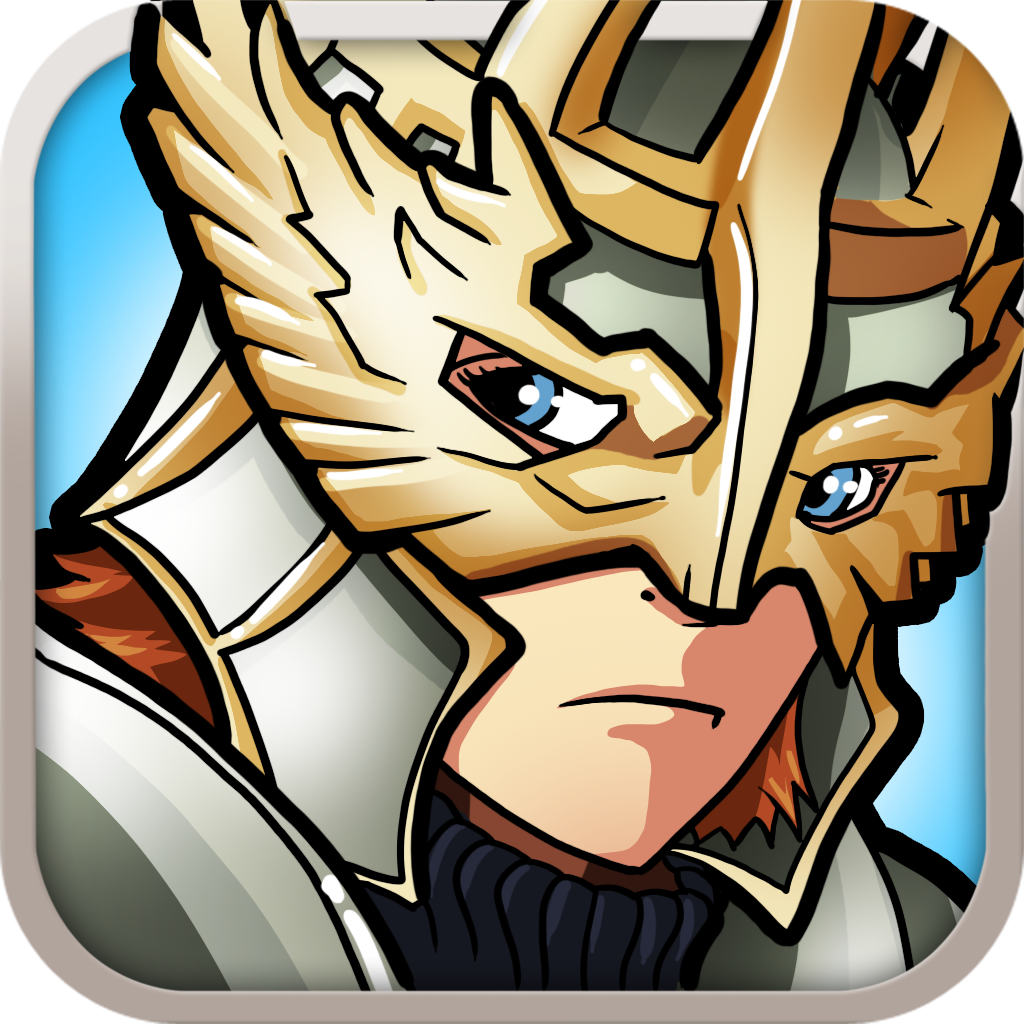 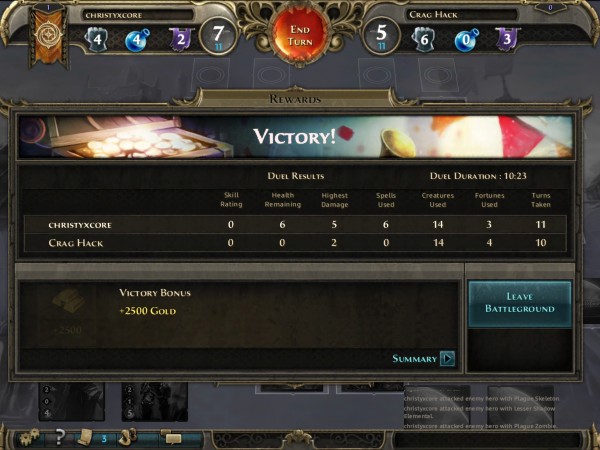 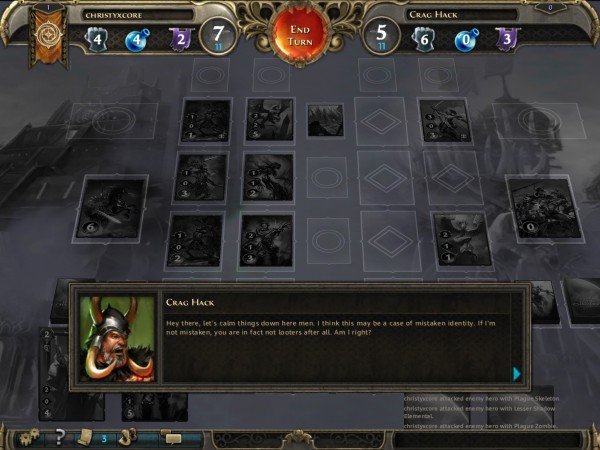 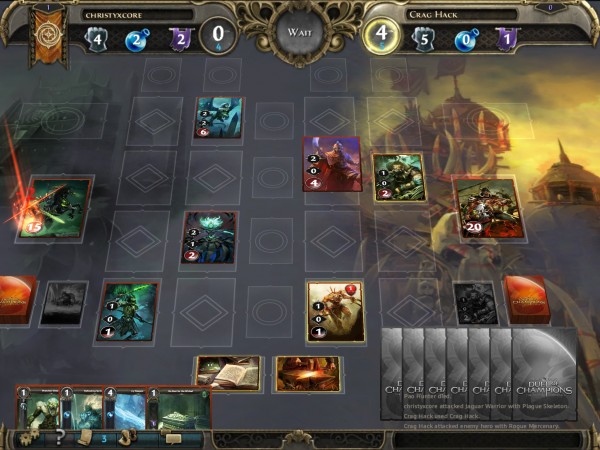 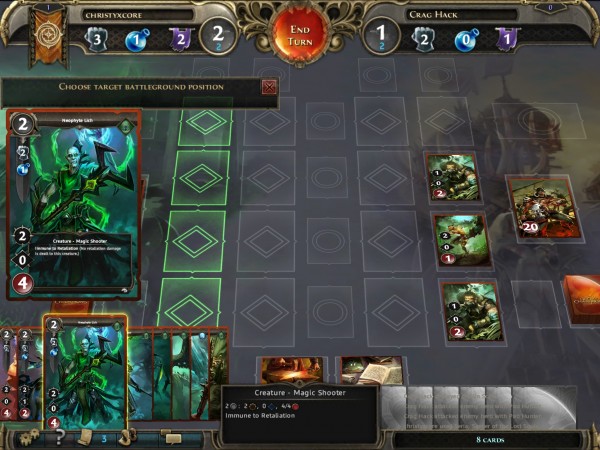 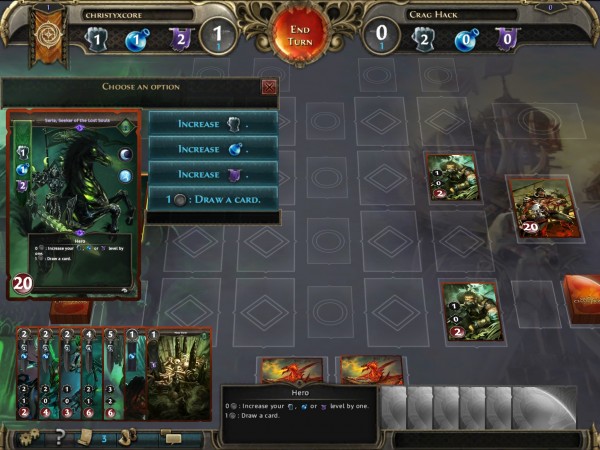 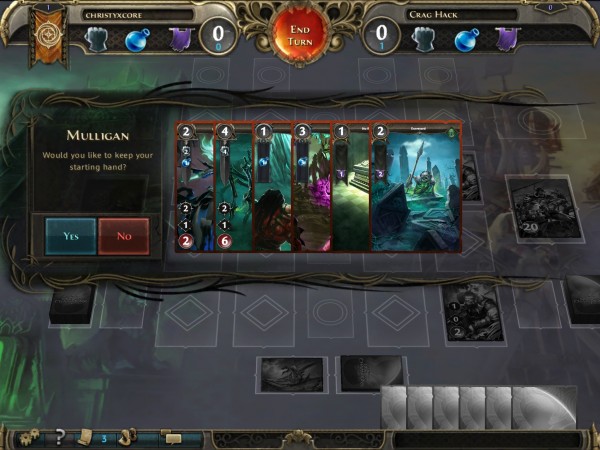 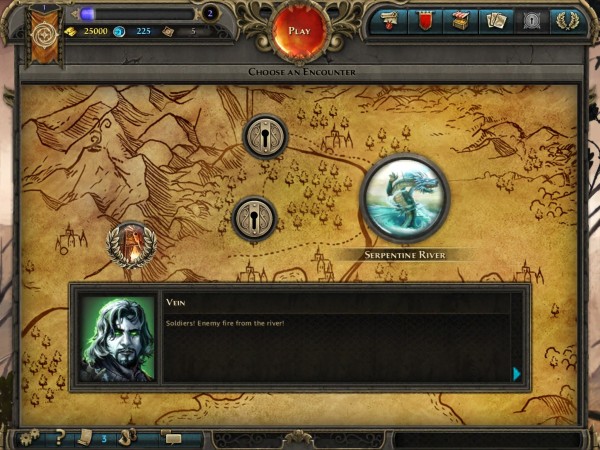 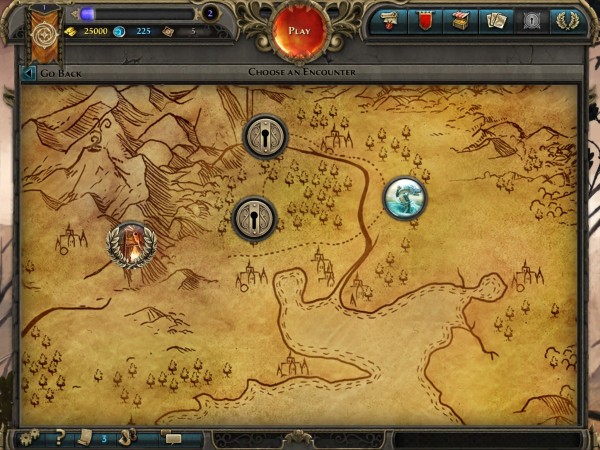 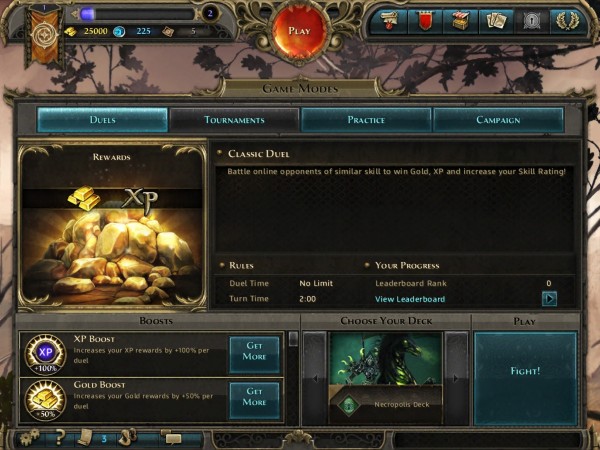 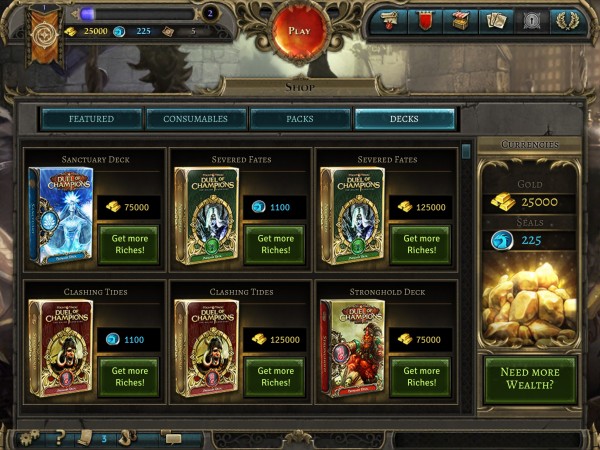 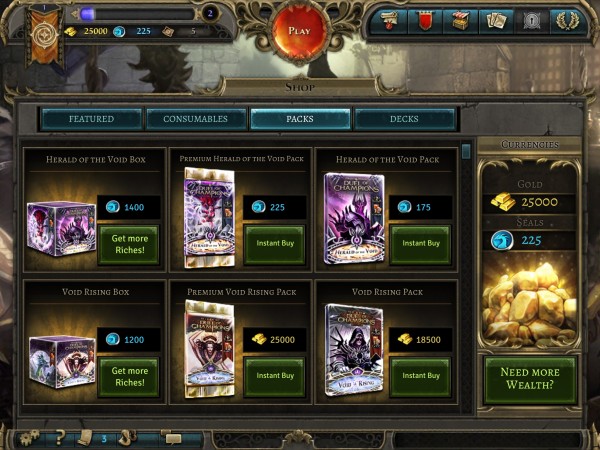 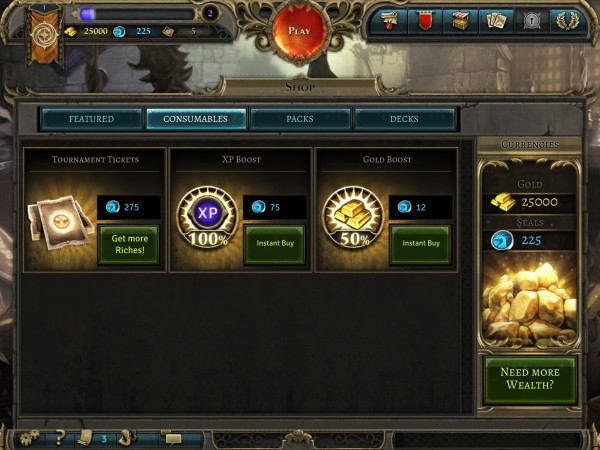 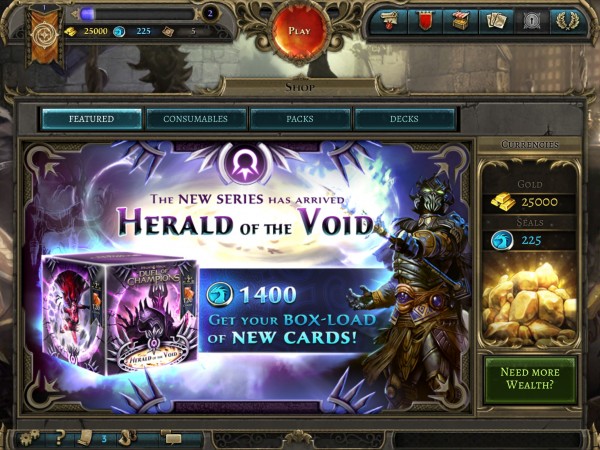 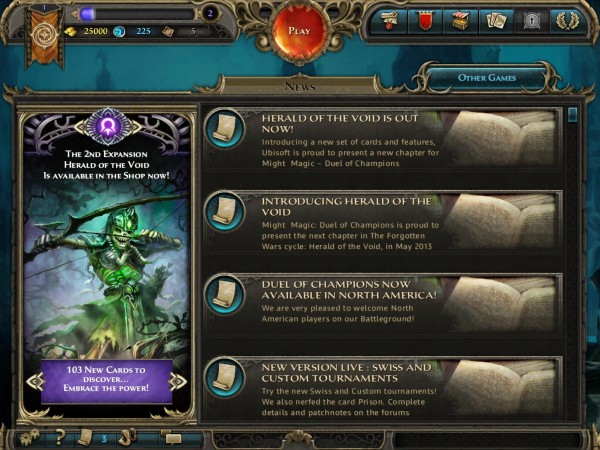 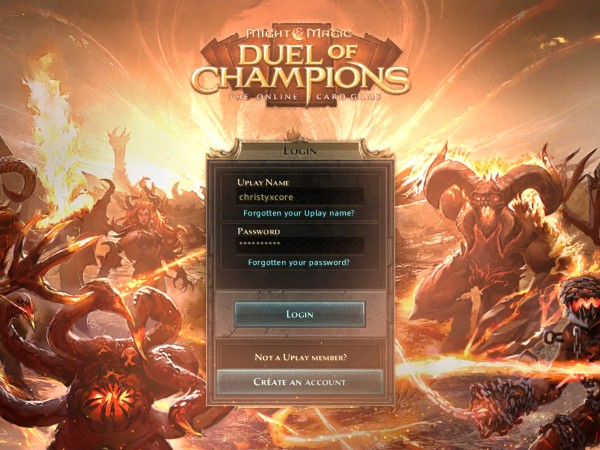