You are using an outdated browser. Please upgrade your browser to improve your experience.
by Christine Chan
June 27, 2016 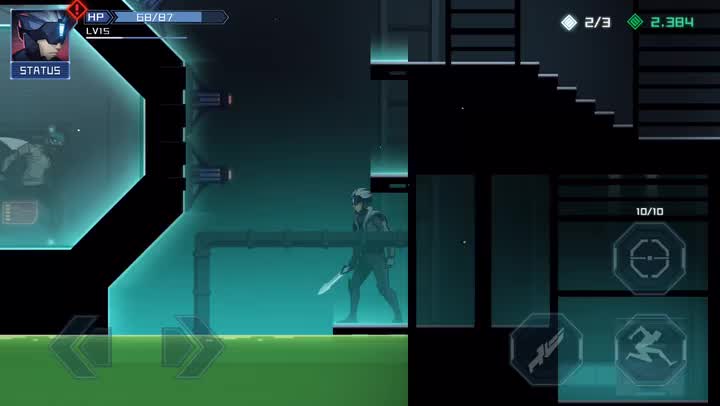 Into Mirror ($0.99) by ZHIPENG WANG and Lemon Jam Studio is a new cyberpunk-style action platformer that truly pulls you in to an immersive, dystopian world. If you enjoyed other games like Shadow Bug, Shadow Blade: Reload, and Goblin Sword, but wished there was a splash of cyberpunk flair, then Into Mirror is the game for you.

Since I’m an ‘80s kid, I grew up with platformers for most of my childhood. I had the classics like Super Mario Bros., Sonic the Hedgehog, and even other games like the X-Men one I remember on Sega Genesis. The point is I have rather fond memories of platformer games in general, so I am always intrigued whenever a new one hits the market. And in recent years, I’ve taken an interest in sci-fi and cyberpunk themes, so when the news of Into Mirror hit my inbox, I was definitely interested. 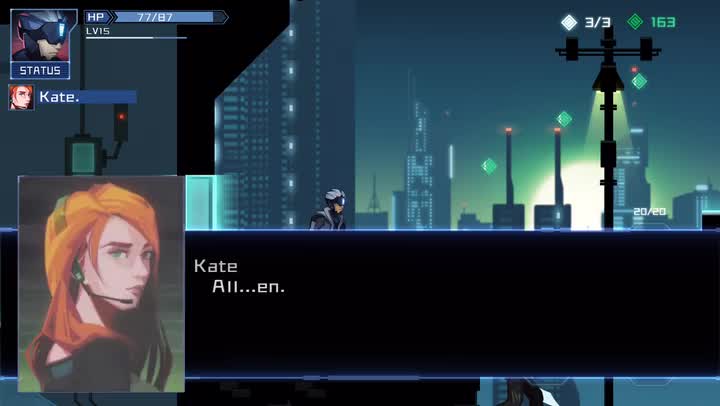 Into Mirror has a unique art style that reminds me of graphic novels and comic books. Considering the cyberpunk and futuristic setting, I think it’s rather fitting. The world of Mirror is rather dark and gloomy, which means that the bright and flashy colors of the characters, street signs, and attacks stand out just that much more. Despite the shady tone of the world, the developers made sure to include a ton of detail for everything, from the environment to character outfits to weapons and bosses. Animations are pretty smooth and fluid, though the movements of enemies felt a bit jerky at times due to weird, glitchy positioning. There can also be serious lag when notifications come in, so I hope that the developer can optimize it a bit in future updates. The game also has an atmospheric soundtrack that pulls you in, and the sound effects are a nice finishing touch.

So what exactly is Into Mirror? The game is definitely much more than “looking cool,” as they say. The plot of the game takes place in 2076 and involves a virtual world with the Mirror Device that has concluded with beta stages and has moved on to the commercial phase, meaning mass market and Mirror Group, the company behind it, becoming hugely successful and now the world’s largest company. While everyone thinks that the virtual reality world of the Mirror Device is great, they fail to see the dangers and secrets behind it all — who are you in Mirror World? Players will control a character named Allen in Mirror World, who is working with another character to uncover the dark secrets of the virtual reality world. But in typical game fashion, every being in the game is trying to stop you, so you won’t be going down without a fight.

Like other platformer games, Into Mirror is level-based, and there are 20 stages for you to tackle your way through. While that does not sound like a lot, the game is rather difficult, so you will spend a lot of time on later stages as you progress. The goal in each level is to make it from the starting point to the endpoint, which is marked with a floating screen-like icon. Reaching the endpoint is easier said than done, as you’ll have to eliminate a ton of different types of foes along the way, while avoiding dangerous hazards like spikes and acid, and also making sure to find keycards to get past locked doors. There is a huge variety of enemies that you’ll encounter, including challenging boss battles, so you have to take them out using your wits and strength.

The controls in Into Mirror are simple enough, though I feel that they could be better optimized for touch screens. In the bottom left corner will be two directional buttons for moving left and right. You can fall through certain sections of floor by swiping down on the screen. In the bottom right corner, there will be buttons for jumping (double tap for double jump), melee, and ranged attack. Due to limited ammo, you’ll probably be doing more hacking-and-slashing than shooting, but keep an eye out for breakable crates, as they can contain more ammo refills and health packs. 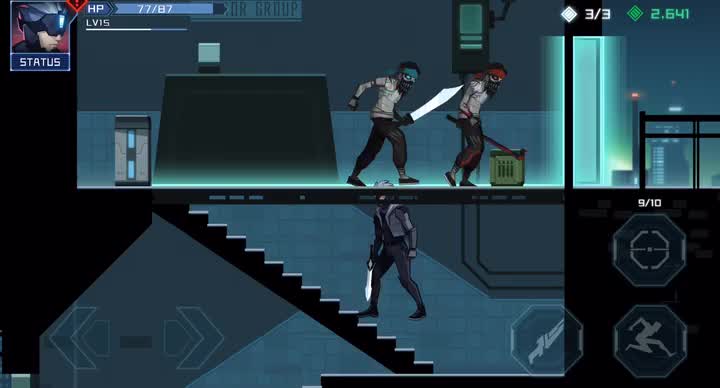 While the controls are decent enough, I feel that they could have been done much better. I had issues with movement at times due to the spacing between the two directional buttons, and feel that a virtual joystick would have been better anyways since you need to have pretty quick reflexes to survive in this game. And the action buttons could have had a better layout, as I constantly found myself accidentally shooting instead of jumping, or something along those lines. Hopefully the developers can look into fixing the controls a bit, as it is tarnishing the overall experience when you die because you’re stuck or move in the wrong direction or waste limited bullets.

Even though the game only has 20 stages, there is plenty of replay value. This is because you gain experience points from killing enemies, which means you level up and become stronger. For each level you gain, you’ll be able to choose to upgrade your attack, health, or critical attack chance. You’ll also find tons of green credits from breaking crates and slaying enemies, and these credits can be used for several things. You can upgrade Allen’s equipped gear with better swords, guns, helms, armor, gloves, and pills for health or attack. Another option is to use credits to refill your health or ammo in a pinch. You can also find some hidden collectible chips through various boxes located in the game.

If you’re low on credits, the game does give you the opportunity for free 100 free credits by watching a video, or you can buy more through in-app purchases. I’m a bit disappointed in this decision, though, since the game is a paid game and not free, so I don’t like that it includes IAPs and video ads at all. But this appears to be the trend in mobile games, unfortunately.

So far, I’ve spent a good few hours with Into Mirror, even though I’m only on level six (the game is damn hard). I am in love with the gorgeous cyberpunk visual art style, the soundtrack is impressive, and the action platformer gameplay itself is incredibly challenging. I enjoy the level up and upgrade system, though I do wish that it was possible to find equipment in the breakable crates as well, since the only way to get better gear is to spend credits in the menu’s shop. And if the developers can improve the control scheme so that it results in less deaths and glitchy positioning, then the experience would be much better.

I highly recommend giving Into Mirror a try though, especially if you’re into sci-fi, cyberpunk, or action platformer games. Into Mirror can be found on the App Store as a universal download for your iPhone and iPad for just $0.99 (50 percent off for a limited time). There are in-app purchases for more credits. 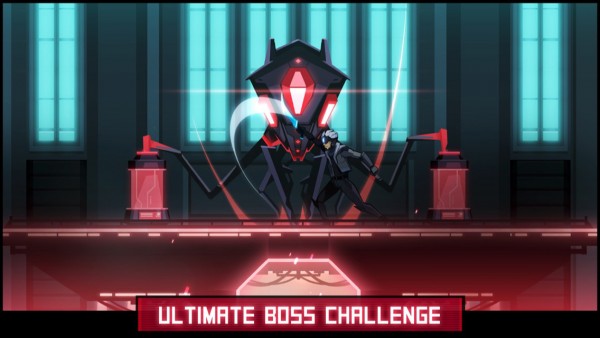 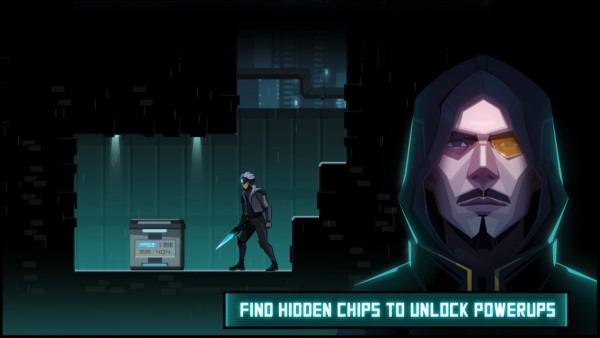 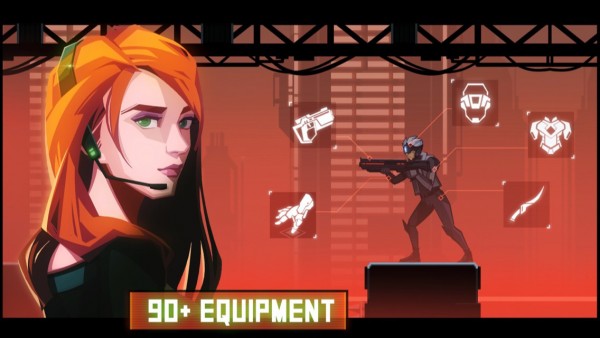 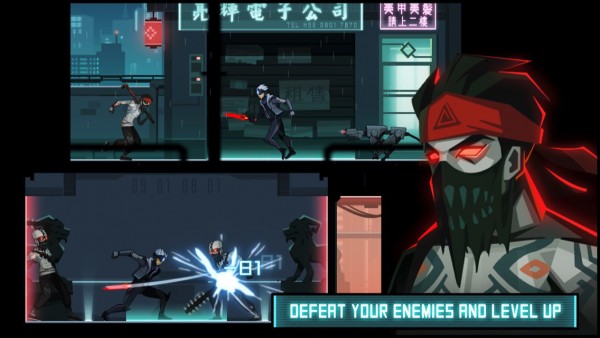 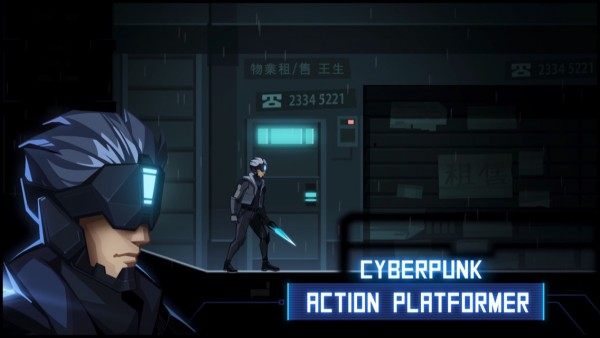