You are using an outdated browser. Please upgrade your browser to improve your experience.
by Christine Chan
April 8, 2016 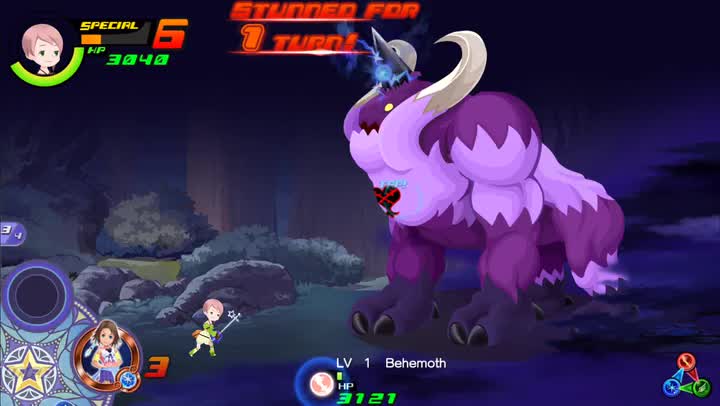 KINGDOM HEARTS Unchained χ (Free) by SQUARE ENIX INC is the latest mobile installment of the Kingdom Hearts franchise for the United States, after originally being available only in Japan. If you’re a fan of Square Enix, Disney, Final Fantasy, or just Kingdom Hearts in general, then you don’t want to miss out on Kingdom Hearts Unchained χ.

When it comes to video games, the Kingdom Hearts series holds a special place in my heart. While the first Kingdom Hearts game came out back in 2002, I discovered it at some point in high school maybe a year later, when I was playing video games at a friend’s house. I remember laying my eyes on the game and falling in love with the cute art style, the “Simple and Clean” theme song by Utada Hikaru, and the insanely fun, action-packed gameplay. I mean, back then, fighting in real-time in RPGs was kind of a big deal since they were all turn-based, and I believe Kingdom Hearts set a precedent with battle systems after its debut.

Since Kingdom Hearts I, I became a huge fan of the series, buying Kingdom Hearts II on launch, a Birth By Sleep limited edition PSP back in the day, and a few of the DS and 3DS games. While most of the spin-off games are fun, they weren’t all necessary (except Birth By Sleep) in my opinion, and I’ve been pining for Kingdom Hearts III for what feels like forever at this point. Well, since there has yet to be an official release date for KH3, and probably no news until E3 this June, I suppose Kingdom Hearts Unchained χ will have to hold me over for the time being. 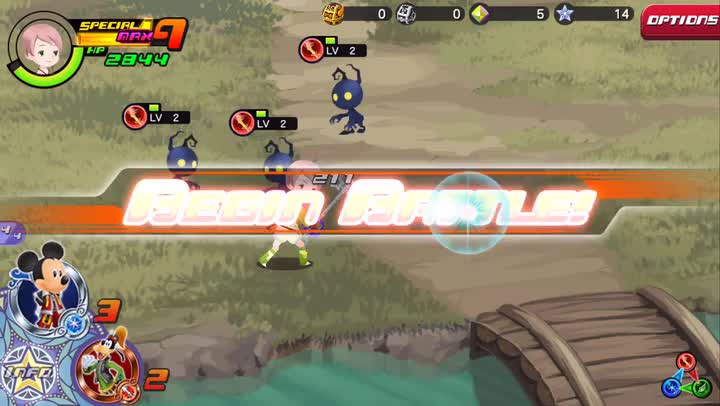 In terms of visuals, Unchained χ is just what you’d expect from a Square Enix game. While it’s Kingdom Hearts, don’t expect a fully 3-D world like the main games — Unchained χ features a 2-D environment with a pseudo 3-D feel, so characters are moving along a singular plane. However, all of the Disney worlds that you’ll be encountering are as bright and cheery as ever, and the animations are fairly smooth and fluid. I thought that the movement for your character looks a bit weird compared to other KH games I’ve played, but it makes sense for mobile, I suppose. You’ll see many familiar faces, whether they are from Disney or the Final Fantasy universe, including the different kinds of Heartless that you’ll face off against. And while the soundtrack doesn’t include “Simple and Clean,” there’s still some whimsical background tracks and fun sound effects. The game menus and in-game text sport the classic Kingdom Hearts style, so longtime fans will feel right at home. For a mobile game that is meant to hold us off until Kingdom Hearts III, it’s pretty good.

The first thing you do in Unchained χ is download a giant game file — don’t be fooled by that seemingly small download size in the App Store. Before you’re able to do anything, the game prompts you to download game data, and this took me about 10 minutes to complete on a relatively fast and stable Wi-Fi connection. Once that is done, you can Migrate Data over if you’ve played the game before, or choose New Game if this is your first time. For newcomers, you’ll be able to choose your avatar’s gender and customize clothes, hair, and skin.

There are a few different game modes in Unchained χ, although two of them have to be unlocked by getting past certain stages in the main Story campaign. From the get-go, players will have access to the Story and Special modes, with the latter being special events that the developers will have daily. In Story, players will be going through various quests in a linear fashion as they unravel the story of Unchained χ. Each of these levels will have three objectives to meet, as well as a target enemy that you must defeat to clear it. The game has a bit of a lengthy tutorial to show you all of the basics in the beginning, but even after that, things are pretty self-explanatory, at least to me.

Now, if you were expecting traditional Kingdom Hearts real-time combat, then you’re going to be disappointed. What must be understood is that this is a game designed for mobile, and not a port of other Kingdom Hearts games (though that would be amazing), so the gameplay is a bit different.

To move your avatar, just tap where you want to go, or just keep your finger on the screen to move continuously. If you see shiny spots on the ground, run over them to pick up the goodies that await you. Treasure chests also show up every now and then, and you can tap on them to collect the loot inside. When you encounter a Heartless enemy on the map, battle begins.

Since Unchained χ is turn-based, you and the enemy Heartless take turns exchanging blows. You get to perform a few moves before the enemies attack, so make sure to use them wisely. All you have to do is tap on a single enemy to attack that one, swipe your finger across the screen to do a whirlwind attack that hits all foes at once, or flick those character medals in the bottom left corner to do a special attack. It’s fairly simple and intuitive, and battles do not take too long, making it perfect for the mobile platform. After each successful stage, you’ll gain experience points and level up when the gauge is full, increasing your character’s power. 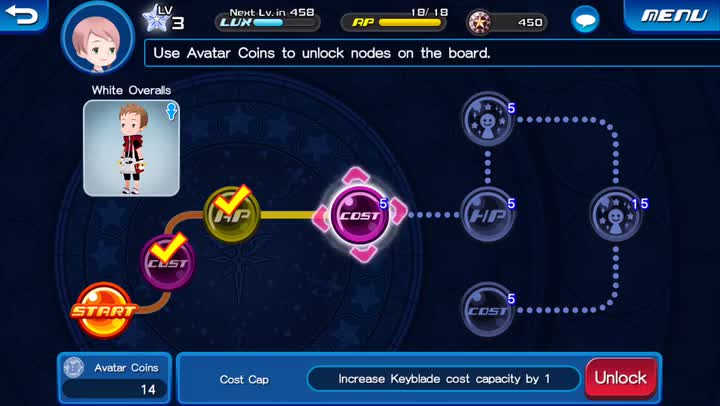 As you progress in the story, you will be able to get more keyblades and character medals by completing stages or finding them in chests. All of the keyblades that you acquire can be upgraded by using up component pieces, and medals can be combined or leveled up for stronger effects in battle. I am still pretty early on in the game, but I hope that I can get my favorite keyblades, Oblivion and Oathkeeper, at some point.

Since Unchained χ is a free game, there are some social aspects that come along with it. If you have other friends who are playing the game, you can team up with them against raid-level Heartless bosses for some epic rewards.

Additionally, you can upgrade your avatar by utilizing the Avatar Board. Here, you can choose different boards where you can use avatar coins to unlock nodes, which can increase your Keyblade cost capacity, maximize your AP, or even give you more HP. And eventually, you’ll be able to unlock the clothes and accessories that go with that avatar, further expanding your options when it comes to dressing up. The basic outfits are available for you initially, but if you want themed costumes, like Mad Hatter, Alice, Sora, Riku, and other characters from Kingdom Hearts, Disney, or Final Fantasy, then you will have to unlock them with jewels, which are the premium currency in the game.

I’ve spent a bit of time with the game since I downloaded it earlier this week, and even though I’m still early on, I’m enjoying every minute of it. Sure, it may not be a main Kingdom Hearts game, but it is definitely something to help satisfy my Kingdom Hearts fix until KH3 comes out. The graphics are nice for a mobile game, and the music takes me back to the days when I spent hours on Kingdom Hearts in one sitting. Controls are optimized for touch, which is rather nice, and the battle mechanics are rather interesting, even though I prefer the real-time combat from the main games. Still, this is nice to have on iOS, and while the beginning seems a bit easy, I’m sure that the challenge will pick up as I continue. This is a good stepping stone for those who have never played Kingdom Hearts, and longtime fans can still have something to hold them over until the highly-anticipated Kingdom Hearts III. 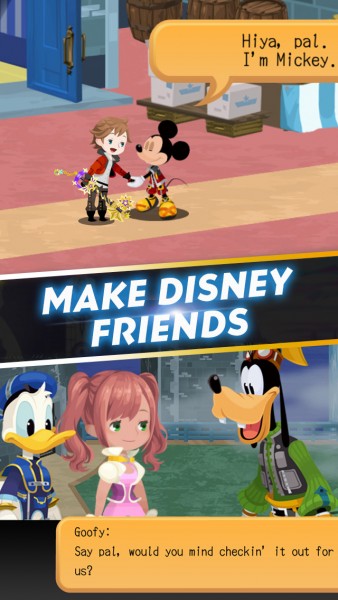 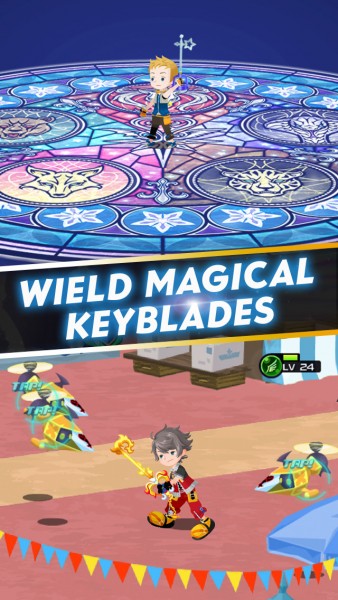 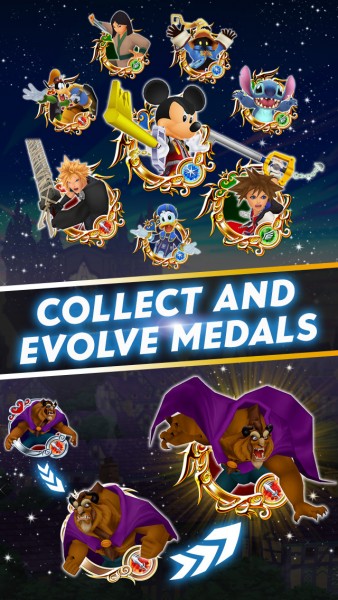 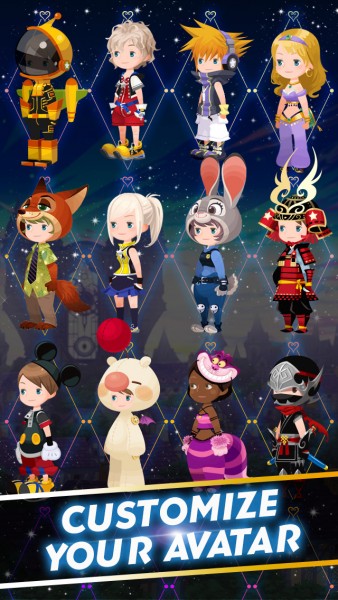 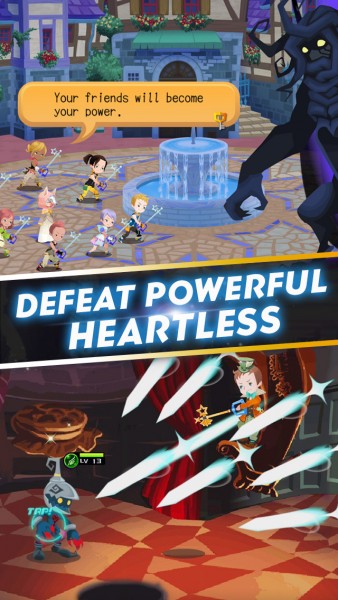 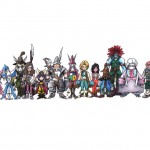 Square Enix launches its anticipated Final Fantasy IX on the App Store
Nothing found :(
Try something else