You are using an outdated browser. Please upgrade your browser to improve your experience.
by Christine Chan
December 8, 2016 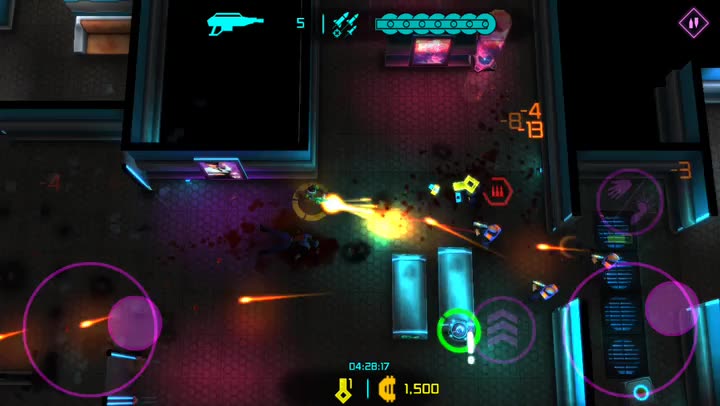 Neon Chrome ($4.99) by 10tons Ltd is an infinite dual-stick shooter with a dash of RPG elements thrown into the mix. If you liked other games like Space Marshals 2 and Implosion: Never Lose Hope, then Neon Chrome could be right up your alley.

When I feel a bit stressed, there’s nothing I like doing more than picking up a game and just going on a destructive rampage and eliminating all of the threats that stand in my way. For these stressful times in my life, I prefer picking up a dual-stick shooter of some kind where I can just unleash my rage and still be somewhat productive about it as I rack up points and get through tough levels. Another thing I love about video games lately are procedurally generated stages, so that it’s never the same experience twice. So when I heard about Neon Chrome a few weeks ago, I knew that it was a game that I had to check out for myself as something therapeutic for pent up frustrations. Needless to say, Neon Chrome does not disappoint, especially if you’re a fan of procedurally generated third-person shooter games. 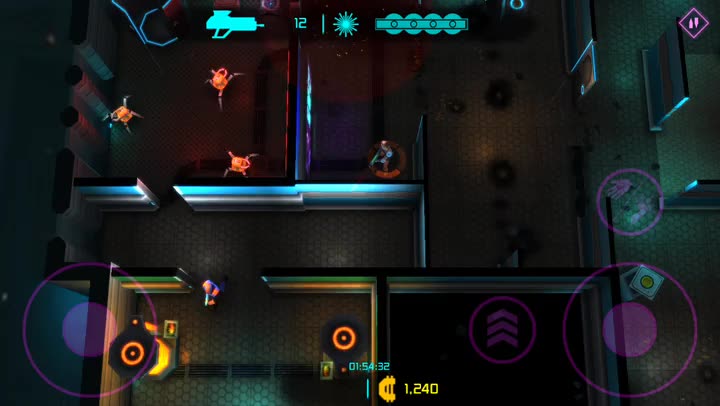 Visually speaking, Neon Chrome is a gorgeous game. Everything is rendered in 3-D, but players see everything from a top-down perspective. The game takes place in a dystopian-like futuristic setting, so the randomly generated levels look like something you’ve seen from a sci-fi series or movie. Because of the somewhat gloomy tone of a dystopia, most of the world features darker colors, but the bright and vivid lights act as a nice contrast to it. Plus, things get pretty lit up once you start shooting things and even detonate explosives and see a big ball of fire on the screen, after all. Another cool thing about the game is the fact that the environment is completely destructible, so it just adds to the game’s overall dynamic. Animations are smooth and fluid on my iPhone 7 with no lag, and while the game is compatible as far back as the iPhone 5 and first-gen iPad mini, it is best to play on devices that have been released less than two years ago. The game also has an ambient techno-like soundtrack that is rather fitting for the overall theme, and the sound effects are just the icing on the cake.

In Neon Chrome, players will connect into the game world and then blast their way through a series of stages that are all randomly generated with each run. At the beginning of a game, players will get to choose one of three randomly generated characters, all of which have their own unique class (soldier, techie, psycho, hacker, etc.) and special abilities. It’s important to take a look at what each character can do, as some will reflect a better play style for you, but it also gives you the chance to experiment and try something new as well. Plus, sometimes you will need a specific class in order to interact with things in the game, such as Hacker for getting into the computer systems that you may come across. Once you have your character selected, you’ll be thrown into a futuristic dystopia world where your main objective is to make it through 31 levels to bring down the Overseer, and you do this again and again. Once you die or disconnect, you’ll be returned to the main room where you get hooked up into the machine, and you can start another round. Each run you do is procedurally generated, so it will never be the same thing, which means the replay value of Neon Chrome is high.

The controls in Neon Chrome are fairly simple to understand, especially if you have played dual-stick shooters before. The bottom left corner has the virtual joystick for moving your character around on the screen. The bottom right area has another large joystick button for aiming your character and a button in the middle to shoot your ranged weapon. Auto-aim is on by default, but you can turn it off if you prefer. A smaller button above this virtual joystick lets you interact with the environment and objects, or you can also use it to perform a melee attack. Another small button to the left of the aiming joystick lets you use your character’s special ability, which requires energy to use, though the energy cells can be found by looting crates or just scattered around along with gold currency. The money can be spent on unlocking powerful upgrades, enhancements, and weapons for your characters. If you prefer physical controls for these type of games, Neon Chrome also has full MFi controller support. 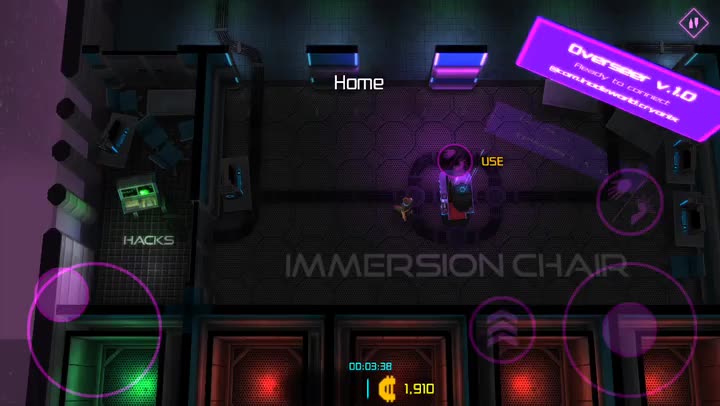 As you make your way through the stages to find the portal that takes you to the next level, you will find various things in the environment that you can interact with. This includes various cybernetic pods that you can use to gain one perk from four random ones. You can tap on each one to read what it does before making a selection, but since you can’t change your mind after, it’s important to read the fine print for each and find the one that fits your play style the best.

I’ve only just started playing Neon Chrome, but I can see this as a title I return to often for my mobile gaming sessions. The game looks beautiful and the music is captivating and immersive. Controls work out well, and having the option for MFi controllers is a nice bonus if you have one laying around somewhere. I also truly love procedurally generated games because it keeps everything fresh, and that’s just what you get with Neon Chrome — it’s always a new experience each time you start a game so it’s never boring. Plus, the AI can get pretty smart so it’s rather challenging. On top of it all, the upgrade system is fun and offers a lot of customization, so you can play the game how you want to. Once you start Neon Chrome, you’ll find that it’s hard to put down.

I highly recommend giving Neon Chrome a try if you love procedurally generated infinite dual-stick shooter games. You can find Neon Chrome on the App Store as a universal download on the iPhone and iPad for just $4.99. There are no in-app purchases. 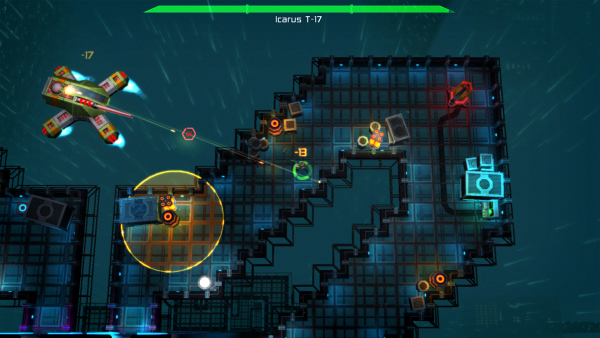 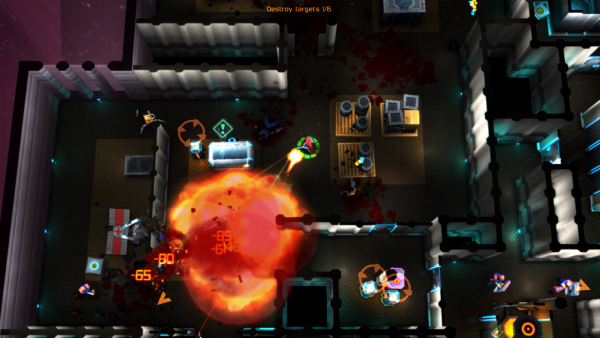 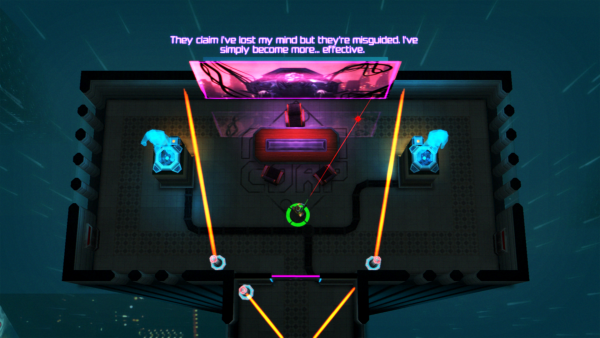 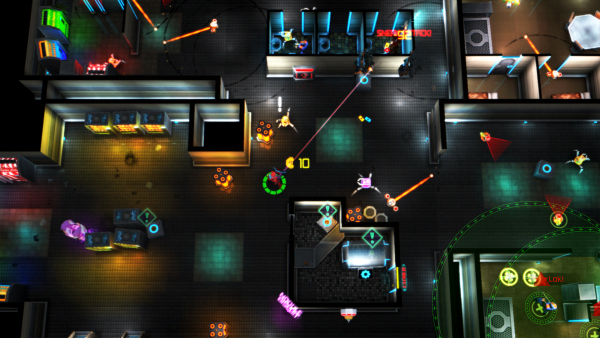 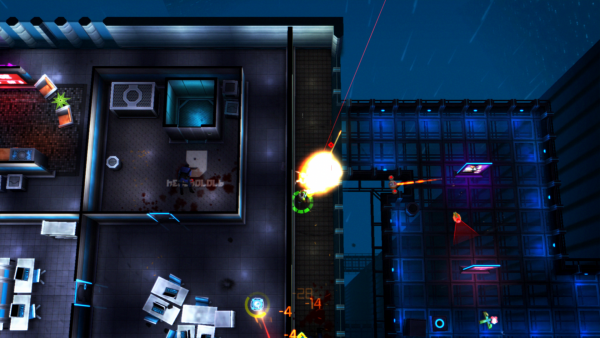 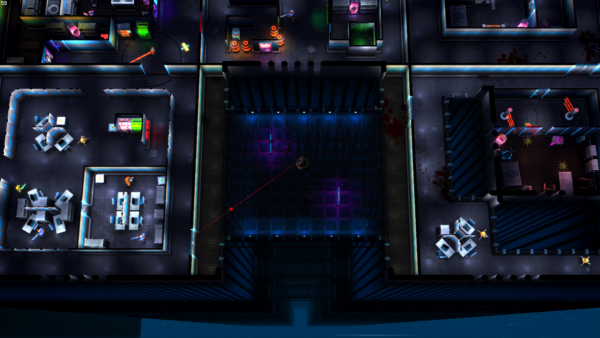 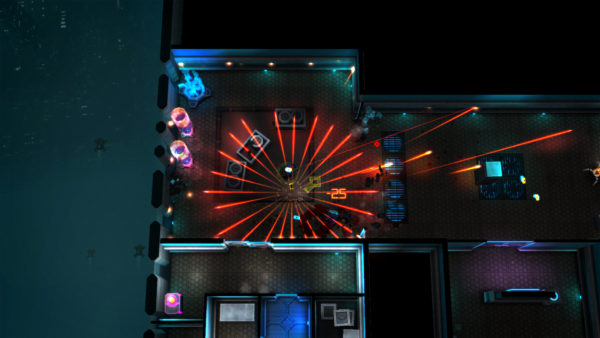 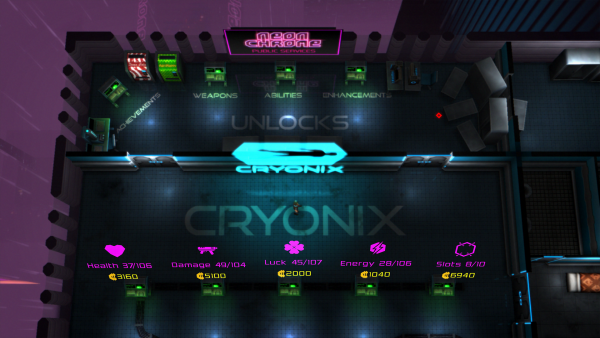 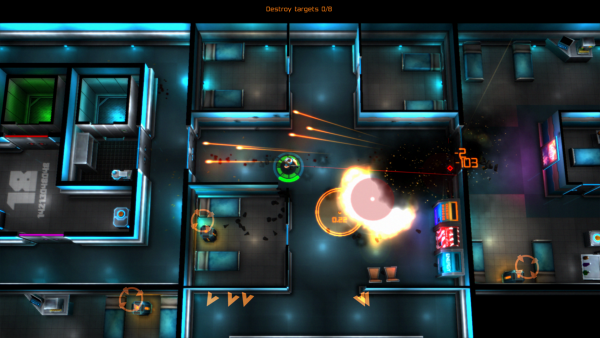 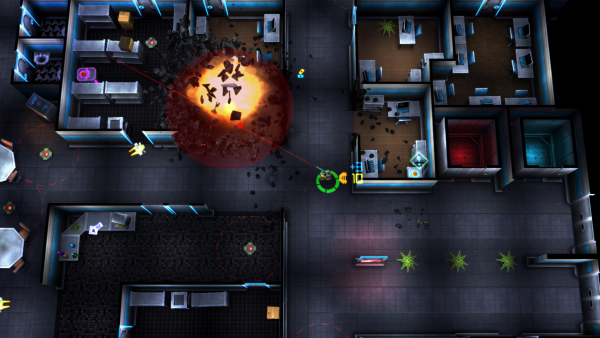 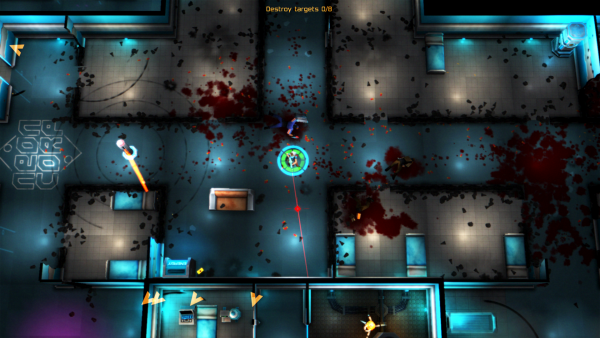 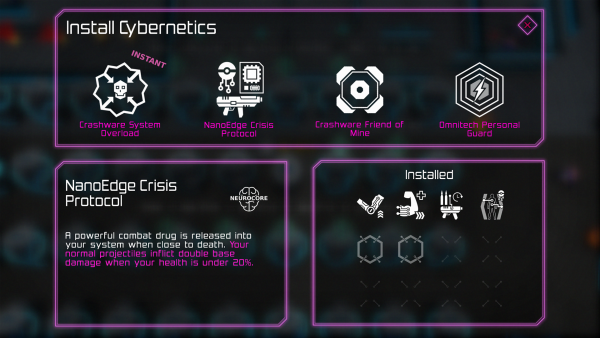 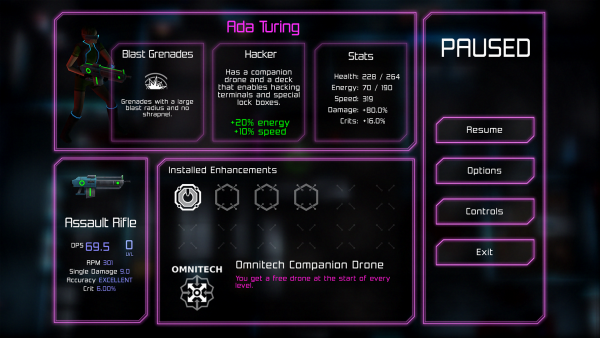 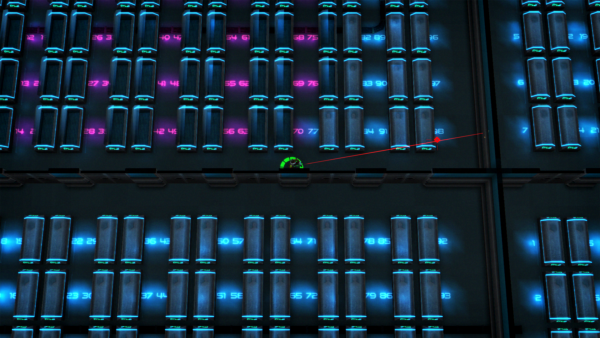 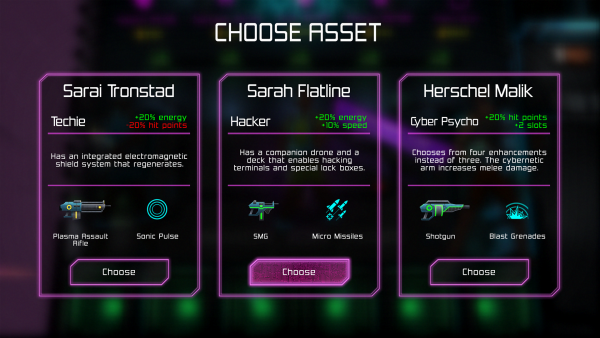